Many documentaries about serial killers have a barely-disguised morbid streak to them. Gravel-voiced narration, flashy graphics and salacious reconstructions of the crimes often sensationalise the most horrendous acts. Fortunately, these kinds of cheap tactics to pull in the viewers weren’t found in BBC4’s recent three-part series The Yorkshire Ripper Files: A Very British Crime Story. Filmmaker Liza Williams focuses on the women who were attacked by the ‘Yorkshire Ripper’ and the police’s hunt for him, interviewing some of the victims and their families, along with detectives, lawyers and journalists involved. Williams perceptively draws out how the case highlights some of the attitudes to women common during the 1970s. 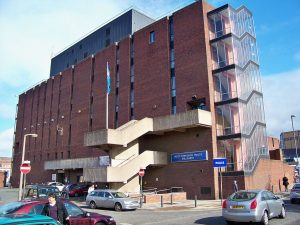 Peter Sutcliffe killed 13 women and attacked at least eight others between 1975 and 1981, with his first assault dating back to 1969 (which the police dismissed at the time). He found his victims in Leeds, Bradford and surrounding areas, leading the press to dub him the ‘Yorkshire Ripper’. Sutcliffe looked for women out alone late at night, began to talk to them and then struck them with a hammer before stabbing them. As well as the pain and grief caused to the victims’ families, communities across the north lived in fear and suspicion. Sutcliffe tended to target suburbs known for prostitution, such as Chapeltown in Leeds. Many families were struggling to cope financially, with jobs lost through the decline of heavy industries in the area, and so some women were pushed into the sex trade to bring in enough money. Police referred to the victims as women of ‘loose morals’ or ‘doubtful moral character’, and it was expected that they would treat crimes against sex workers less seriously than those against other people. For the police, sex workers were a frequent annoyance. Whenever a sex worker was arrested, they would get fined by the courts, and released to go back on the game to pay the fine, and so the cycle continued. As the number of Sutcliffe’s victims grew, police officers, trained less in ‘Public Relations’ than now, came out with statements like ‘of course we can’t cater for the killing of the odd female at any time’. The press were predictably tactless and offensive in how they reported the murders, referring to ‘good time girls’ and using headlines like ‘the hazards of the job – by a whore’.

Prevalent attitudes of the time were also highlighted by the response to Sutcliffe’s first murder of a woman not linked to prostitution, in 1977. Among many people there was the view that only now had the killer gone too far, and the police investigation was stepped up. The victims who weren’t sex workers were described as ‘innocent’ and ‘respectable’, implying that the sex workers weren’t. Alongside this was the assumption that sex workers were worth less than the other victims, and even that they deserved to be attacked.

Even though some of the victims had no connection to prostitution, the police, especially in the early years of the enquiry, focused on the theory that the killer was fuelled by hatred for sex workers. This narrowed their perspective too much; detectives followed their assumption that only sex workers were being targeted, which meant they didn’t connect similar attacks on other women, and thereby missed important information. The case also shows other prejudices among the police. In 1976, Marcella Claxton survived being attacked, and subsequently provided a fairly accurate description of Sutcliffe. However, as the documentary explains, the police, predisposed against black women, didn’t trust Marcella’s testimony, and told her that her attacker must have been black. Again, vital evidence which could have caught Sutcliffe earlier and prevented further attacks was ignored because of institutional bias.

The police investigation became the ‘biggest manhunt in British criminal history’, albeit botched. As well as not recognising Sutcliffe’s attacks on women who weren’t sex workers, the police were also diverted by fixating on a tape recording and letters sent to them by someone purporting to be the killer, which turned out to be a hoax. Sutcliffe was questioned and released nine times before being caught, which happened by chance when his car was found to have false number plates, by police officers not even assigned to the case.

In concentrating on the investigation and the stories of the victims, the documentary spends little time on Sutcliffe himself. It seems that he led an otherwise unremarkable life, on the surface. He was quiet, married, and worked as a lorry driver. He developed a fascination with corpses, and a violent anger towards women other than his wife. He targeted sex workers because of their vulnerability and likelihood to be out alone after dark as much as because he hated them. Once arrested, he soon confessed to the attacks, meaning that his trial didn’t need to determine whether he had committed the crimes, but instead whether mental illness accounted for his actions. Sutcliffe claimed diminished responsibility following his diagnosis of schizophrenia, but this defence wasn’t accepted by the jury and he was imprisoned, where he remains now.

So, what does the case tell us about society’s attitudes at the time? As the documentary brings out, it was particularly shaped by views towards sex workers, not only in Sutcliffe’s brutal hatred of them, but also in the police’s demeaning assumptions. Attitudes to women, both in terms of dismissing their evidence and of them somehow being less worthy if they were sex workers, shaped and delayed the investigation. The police, being a part of the state, are bound to reflect the values encouraged by our alienating, divisive system.