People sometimes ask ‘who will do the dirty work in socialism?’, but socialism is not likely to have any work that’s as dirty as some of the jobs people currently do in capitalism. War is an obvious example. One dirty job is a very recent phenomenon and it does involve going down drains into filth, but in a strictly virtual sense. Facebook employs around 7,500 content moderators who are charged with the task of reviewing uploaded content which has been flagged as ‘unsuitable’ either by the automated software itself or by human users. This content includes images and footage so unpleasant that moderators are screened for ‘resilience’ and offered free in-work psychology counselling, though in the earlier days of MySpace the counselling was limited to trainers advising ‘It’s ok to walk out, it’s ok to cry. Just don’t throw up on my floor’. What impression such work must give of the human race hardly requires much imagination: ‘I didn’t shake anyone’s hand for three years. I’d seen what people do and how disgusting they are. I didn’t want to touch anyone. I was disgusted by humanity’ (‘An online decency moderator’s advice: Blur your eyes’, BBC News, 14 October).

Perhaps inevitably, social media companies have come in for criticism for not doing enough for their moderators’ mental health, and one former employee is suing Facebook after developing post-traumatic stress disorder due to exposure to a constant stream of imagery involving ‘child sexual abuse, torture, bestiality and beheadings’ (‘Facebook moderator sues over ‘beheading stress’, BBC News, 25 September).

Socialists are opposed to censorship, however there aren’t many of us who would be willing to put ourselves or our kids through what these moderators have had to see. While we argue that there is no such thing as an ‘evil human nature’, we can’t pretend like blind Pollyannas that humans are paragons of adorable fluffiness. Human history says otherwise, again and again. Some humans are just vile, and no special pleading can mitigate that vileness.

For some, the events of the Second World War and the Holocaust are enough to make them give up on the idea of socialism. Not many people, apart from some literalist Christians, still believe in original sin, but there is a common suspicion that in most cases it wouldn’t take much to turn the mildest-mannered bank clerk into a serial killer. Perhaps we’re all potentially monsters, held in check only by the coercive power of the state and the (in the UK anyway) relative unavailability of automatic weapons.

Believers in this secular form of original sin are wont to cite two famous psychology experiments which seem to show scientifically that anyone can be turned into a monster with alarming ease – the 1960s Milgram ‘torture’ experiment and the 1971 Stanford prison experiment. 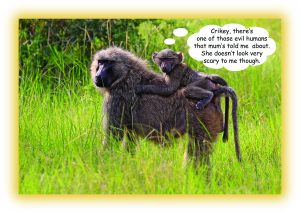 But as has been noted previously in this column (October 2014), these two experiments were anything but rigorous and scientific, and the headline conclusions which made them famous were not supported by the actual test results. In the Milgram experiment, where subjects were told to electrocute a ‘victim’ whenever they got a question wrong, up to 50 percent refused to comply. Of those who did comply, some wept openly as they pressed the button to deliver the shock. Subsequent interviews revealed that these subjects were badgered by the experimenter who told them that science and the good of humanity depended on their compliance. Rather than being vindictive monsters, the subjects were cowed by the authority of the experimenter and Yale University’s credentials, and by the well-attested human inclination to conform to perceived norms. Others said they were convinced the Yale experiment was a fake to begin with, on the plausible grounds that an Ivy League university was not going to squander its reputation by torturing people.

Gina Perry, the researcher who exposed this appalling pseudo-scientific stunt back in 2012, has followed up with a study of the Zimbardo prison experiment, pointing out that not only did two thirds of the ‘guards’ refuse to torture the ‘prisoners’ as requested (!), but that those who obeyed the instruction felt obliged to do so because they were being paid and told how to behave. Many of the ‘guards’ subsequently said they felt angry that they had been duped and manipulated (New Scientist, 13 October).

The enduring fame of these two dodgy experiments undoubtedly owes everything to the fact that people love hearing about how bad humans are, and this is a crucial part of the ideology of the rich who rule over us. Without rulers to dispense justice and punishment, we are reliably assured through every medium from the Daily Mail to murder dramas, we will certainly descend to barbarism and then extinction.

At one time this notion of ‘scientific’ original sin extended to primates too. London Zoo in 1932 witnessed a phenomenon which became known as The Massacre at Monkey Hill and caused global headlines. A new open-air baboon enclosure was the scene of an astonishing seven-year bloodbath and started a trend in anthropology based on the notion of the ‘killer ape’. In fact the Monkey Hill debacle was due to human ignorance. Staff packed 94 harem-loving male baboons into a space which, in the wild, would have accommodated only one, and then accidentally included six females. The violence that ensued was so bad that staff could not enter the enclosure to remove the bodies. So infatuated did lab researchers and wider society become with this violent ‘killer ape’ stereotype that it was decades before pioneering young field researchers like Jane Goodall were able to overturn it with the simple observation that primates including baboons do not behave this way in the wild. As a recent 2016 article puts it, ‘trying to generalise about primate behaviour based on Monkey Hill would be like trying to learn about human nature by watching a prison riot’ (priceonomics.com/the-massacre-at-monkey-hill).

The ‘human nature’ argument is one of the most enduring pieces of propaganda ever levelled at socialists, and it remains popular because in some masochistic way people want to believe the worst of themselves. But it plays directly into the hands of our self-appointed and self-serving rulers. In reality there is nothing in human nature that predisposes us to violence, or against socialism, and the vast majority of workers are nothing like the anti-human caricature that the capitalist media promotes through its shlock-horror reporting and its endless obsession with those TV murder dramas.