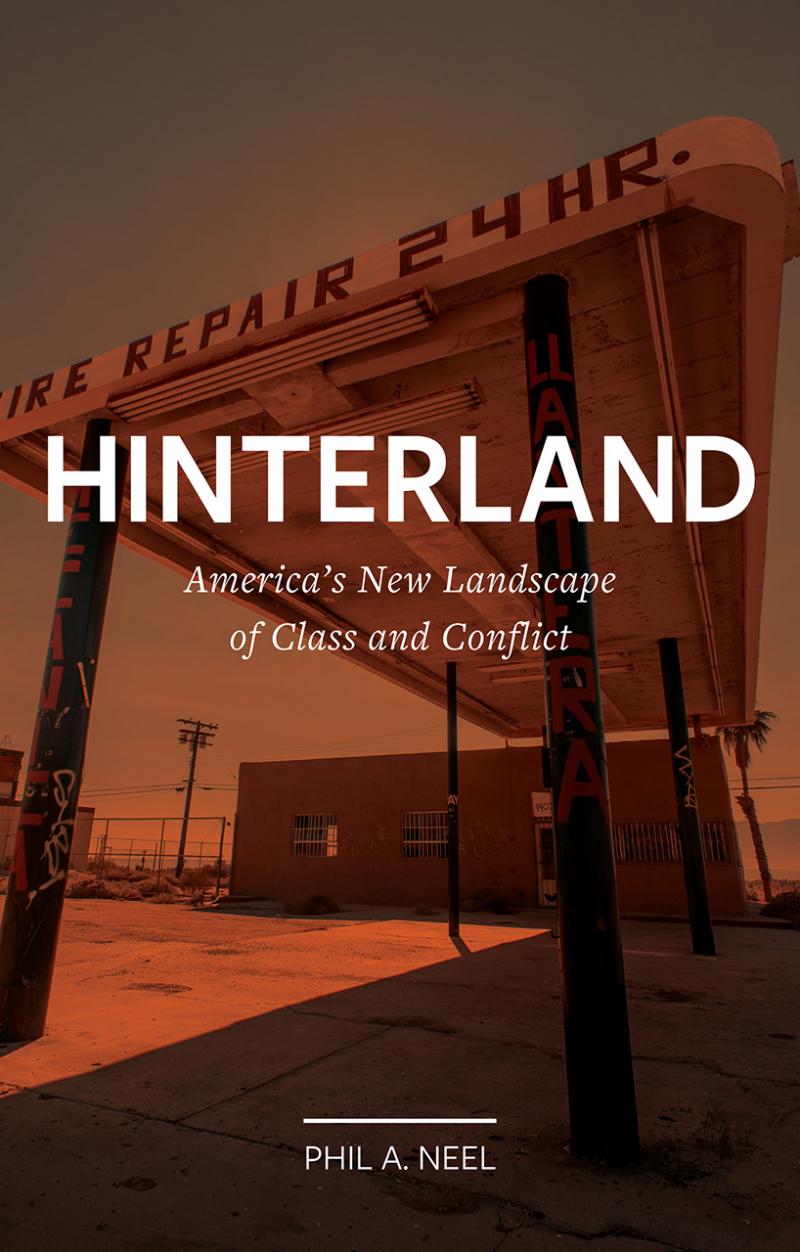 The hinterland is the area of the US outside the wealthy cities, ‘the growing desert beyond the palace walls’. It can be divided into the ‘near’ parts, the mainly suburban areas outside the central parts of cities, and the ‘far’ parts, primarily the rural areas but also including urban wastelands where much housing has been demolished. Even the far hinterland, however, has a great deal of industrial space, from factory farms to logistics complexes and mines, and is dominated by the informal economy of the black market and production of illegal drugs.

Neel records here some of his travels around this hinterland, beginning in northern Nevada, where the far right have begun a resurgence. They are less tied to the militia than used to be the case, and often reject white nationalist ideas. Some adopt so-called Third Positionist politics, claiming to be neither left nor right, while Patriot groups emphasise self-reliance rather than use of declining government services. Small capitalists, who often work in their mines or mills themselves, are the backbone of the Patriot movement. The election of Trump is likely to have a dampening effect, especially on the extremes of the far right.

On the California–Oregon border, wildland firefighters do extremely dangerous work. They usually earn less than $1,000 a week, and work for only a few months of the year. Neel refers to one firefighter in Idaho who was working to pay for chemo for his six-year-old daughter, who had leukaemia. As many as forty percent of firefighters are prisoners paid a pittance.

The near hinterland, Neel suggests, will be ‘the central theater in the coming class war’, as so many who have become surplus to the economy live there. Unfortunately, there is very little here on how the classes in this war are to be characterised, what it will involve or what the outcome might be. The book as a whole contains some useful material but rather little by way of concrete suggestions or conclusions.