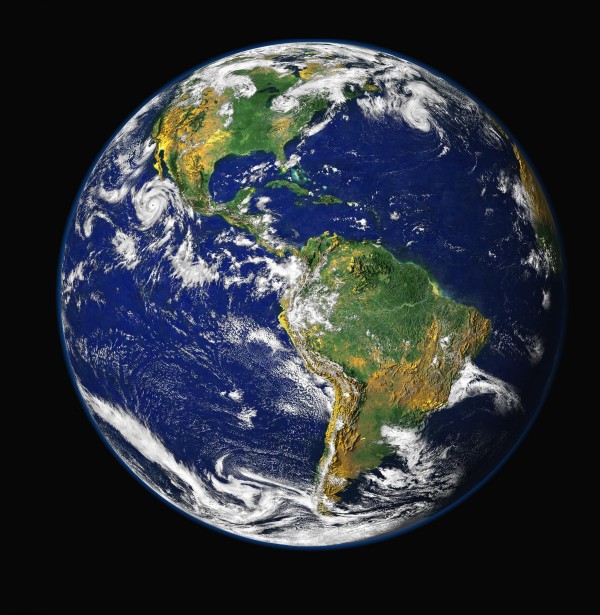 Flint, Michigan, US – a town in the US where long term denial by the authorities caused large numbers of people to be poisoned by excessive amounts of lead in the water system leading to illnesses, malformations of foetuses and deaths. While this scandal was unfolding slowly other studies in other states revealed many more areas where water contamination from lead was even greater than that determined in Flint.

The ‘Democratic Republic’ of Congo – where living standards for most are critical. In 2012 the Gross National Income per capita was $220 and the Human Development Index had them at the bottom of the list. Circumstances force many into deadly employment in small mining set ups mining coltan, tantalum, tin and gold for use in such products as cameras, laptops and mobile phones in what they describe as their only option to feed their families. This is a practice replicated in many other African countries where resources are mined for a pittance for the enrichment of the wealthy and the satisfaction of consumers abroad.

EU countries – Against popular will, citizens have just been handed over, courtesy of their governments’ votes to extend for another five years Monsanto’s contract to supply and use glyphosate This is against convincing evidence around the world of the dangers of this chemical for its effects on animal life, including human. The news was greeted with huge protests by citizens demanding their health be protected by those who supposedly represent them.

New York, US – News out this week. 75,000 people, including children, are now homeless and of these about 4,000 (1 in 20) are sleeping rough in New York. Rents are too high and work pay is insufficient. The government claims to have added x thousand jobs this year but there was another hike in homeless numbers apparently equivalent to the great depression in the early twentieth century. And this situation is replicated in ‘developed’ countries around the globe. For instance there are now 307,000 homeless in the UK, up 34 percent since 2010.

Kenya, Ethiopia and other African and Asian countries – Hundreds of thousands have been forcibly removed from their small parcels of land which had fed them and provided an income, sometimes for generations, to give contracts to big companies, mostly from abroad, to grow flowers, beans and other cash crops in mega greenhouses or mono crops for animal feed or biofuels – seeking big bucks with the former occupants left with neither land, shelter nor employment.

Sao Paulo, Brazil – News out today following steep economic decline that homelessness is rapidly on the rise, squatter tent suburbs growing exponentially from 2, to 5, to 12,000 by the week and this is being replicated around the country. Another bust after an earlier boom.

What do these few random samples do if not reveal the many similarities in circumstances for populations all around the world? Whilst specific differences will most certainly be relevant to and the consequences fully understood by each and every individual victim of their particular circumstances, what perhaps is more important is to recognise the necessity of grasping the threads that connect them all; what the causes are of so many seemingly diverse localised problems, tragedies, everyday living conditions, health care deficiencies, rampant hunger, and on and on.

Are the causes really different and disconnected or can we recognise that these problems are actually all our problems with perhaps different nuances? Our collective problems stem from the one source and that is the major global problem – capitalism.

Capitalism must be overturned

Capitalism affects every nook and cranny of each of our lives. Who can live a day without being negatively affected one way or another whether at home, at work or at leisure? Difficult circumstances oppress a global majority. We are tied to the system like it or not.

Why so much interest in elections in recent times? Brazil, Venezuela, Greece, Spain, United States, France, and also the UK. Media outlets, whether print or broadcast, serve their capitalist paymasters and endeavour to have us believe what they have to say but searching below the surface it’s clear to see a different picture. Around the world a great mass of humanity is desperately concerned for the welfare of their families, their communities, their work situation and the state of the planet. How often do you hear individuals expounding about their wonderful conditions at work, the excellent value of their mortgage or rent deal, the cheapness of their monthly travel bill, the fantastic value of their weekly shop, their highly affordable electricity and gas payments, their ever-changing phone, TV and internet contract, their coming brilliant pension deal, and on and on infinitum? Probably the vast majority are focussed on negative aspects most of the time – poverty, disease, unemployment, endless war, decaying infrastructure – bridges, railways, roads, factories, mines, dams, nuclear power stations.

The last decade with a number of dramatic protests around the world has spawned a new phrase – that of the 1 percent, or the 99 percent – of which most are familiar – and everyone knows to which category they belong. In fact it’s not the 1 percent at all but something more like the 0.001 percent or even 0.0001 percent which puts the rest of us into an even bigger group, something like 99.99 percent or 99.999 percent.

The tiny group of money-wealthy individuals are in a position to do whatever they want to do whenever they want to do it. But the great mass has very little choice, few options – or so they believe because this is what they have been ‘brainwashed’ for so long into believing.

To match the privileged number at the top of the pyramid is another group of individuals, small in number but convinced of their vision that the reason the capitalist system, however warped in its one-sided distribution of ‘money wealth’, continues to function because that great mass in the middle has fallen for the deception long handed down to them and their ancestors.

This minority will continue its campaign to reveal the truth in every way possible, presenting the message that capitalism is the problem for the world’s majority, strong in the conviction that there are many who will grasp the message, spread the message and speed the day.