‘Capitalism’s Contradictions. Studies in economic theory before and after Marx’. By Henryk Grossman (Haymarket Paperbacks. Chicago)

For a long while it was only by reputation that Grossman was known in the English-speaking world as a collapse of capitalism theorist, as his 1929 book The Law of Accumulation and Breakdown of the Capitalist System was not available in English translation until 1992, though Paul Mattick had publicised his theory in the 1930s. Grossman was an admirer of state capitalist Russia even under Stalin and died in 1950 in East Germany.

This collection of articles lives up to its subtitle, with a useful article on some of those before Marx who put forward the view that societies differed depending on their particular system of production and changed when this changed, and another on post-Marx bourgeois economists and their theories of marginal utility arguing that left free of government interference capitalism tended towards full-employment equilibrium. Strangely there is no mention of Keynes.

Grossman took it as axiomatic that Marx held a breakdown theory of capitalism, writing in a contribution on Marxism for an encyclopaedia, reprinted here, in a matter of fact way about ‘the fundamental idea of Capital of an absolute limit to the development of the capitalist mode of production’ and of ‘Marx’s theory of the final breakdown of the capitalist system of production.’ In fact he was only promoting his own theory of this since no such theory can be found in Marx.

As exposed here at the end of this contribution, ‘it holds that once a nation’s capital exceeds a definite scale, its accumulation finds no further profitable opportunities for investment and consequently either lies idle or has to be exported.’ Grossman based his theory not so much on the falling rate of profit but on the mass of surplus value in relation to the total social capital becoming insufficient to continue capital accumulation:

He seems to have thought that this stage had nearly been reached in the developed capitalist countries.

One reason why he (and Rosa Luxemburg too, though her breakdown theory was different) believed that a breakdown theory was essential was that, without it, the case for socialism would be weakened and just become a matter of moral choice, a view associated with the revisionists and reformists within the German and Austrian Social Democratic movement.  One such reformist was Rudolf Hilferding, the author of Finance Capital, who after the war became German Finance Minister on a couple of occasions. Grossman writes of him:

‘After the war (1927) Hilferding declared that he had always “repudiated every theory of economic breakdown”. Marx had also considered them to be false. The overthrow of the capitalist system would “not happen because of internal laws of this system” but had to be the conscious will of the working class”.’

Despite his reformism, Hilferding was right here. But it wasn’t just reformists who held this view. Anton Pannekoek, whose anti-reformist credentials are impeccable, wrote a pamphlet in 1934 refuting breakdown theories in general and Grossman’s in detail, expressing a similar point of view (marxists.org/archive/pannekoe/1934/collapse.htm). It is also the view expressed in our 1932 pamphlet Why Capitalism Will Not Collapse and in our articles on this subject ever since.

‘Lenin on Cooperatives. And Other Articles on Marxism, Philosophy and Society’. By Alan Spence (New Intervention Publications, 150 pages)

This is a collection of articles published in the Trotskyoid journal New Interventions between 1991 and 2008 by a former Communist Party industrial militant who become a ‘Labour & Co-op’ reformist. The subjects range from Lenin’s 1921 ‘New Economic Policy’, through ‘proletarian philosophy’, the NHS, the land question in Hong Kong, to Aristotle and Ancient Athens.

As predicted by those who had understood Marx’s theory of social development, once the Bolsheviks had stabilised their rule they were faced with the problem of how to feed the urban population, which, in circumstance of an isolated and economically backward Russia with an 80 percent peasant population, could only be done by allowing and encouraging capitalism to develop in the countryside. During the civil war period the Bolshevik government had simply requisitioned – taken by force – food from the peasantry. Lenin realised that this could not be a permanent policy and in 1921, with the civil war over, introduced the ‘new economic policy’ of encouraging peasants to move away from subsistence farming to producing a surplus for sale in the towns; at the same time the state industrial enterprises were encouraged to produce farm equipment to sell to the peasants.

Lenin openly described this policy as ‘state capitalism’, or the development of capitalism under the auspices of the state. It meant that the Bolshevik government was in the same position as other ‘Labour’ governments, except that it had come to power through a coup d’état and was determined to hold on to power come what may. Spence well describes this policy and the reasoning behind it, with which he thoroughly agrees, criticising Stalin for abandoning it in favour of forcibly expropriating the peasantry.

Spence, however, is not an uncritical admirer of Lenin. In the articles on philosophy he defends Joseph Dietzgen’s view that ideas are equally a part of the real world as what is tangible, as opposed to Lenin’s view that ‘to say that thought is material is to make a false step, a step towards confusing materialism and idealism.’ Lenin’s condemnation was enough for the Communist Party to wage a campaign against Dietzgen’s view as set out by Fred Casey, of the old National Council of Labour Colleges, in his book Thinking. In regretting this Spence has a point. 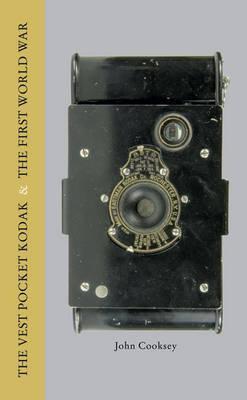 The first war photograph dates from 1846, and there were further photos of the Crimean War and the American Civil War. But the technology was cumbersome, and the scenes often had to be staged. Then in 1912 Kodak produced a smaller portable camera, the Vest Pocket Kodak or VPK (‘vest’ being American for ‘waistcoat’). This became extremely popular, including among those in the armed forces in the First World War. Never one to miss a marketing trick, the company advertised it as ‘The Soldier’s Kodak’.

Soldiers photographed scenes from the trenches and of actual fighting with their VPKs, but of course it was never going to be an uncontroversial or straightforward activity. The first action shot published, in November 1914, was doctored with a bursting shell added to increase the apparent danger to soldiers who were under shrapnel fire. In June 1915, a private from the Liverpool Scottish Regiment photographed soldiers advancing on a captured German trench near Ypres. When it was published the following month, an image of a German soldier (lying apparently dead) replaced that of a dead or wounded British soldier.

The Christmas Day truce of 1914 was depicted in some blurred photos of soldiers from both sides chatting and exchanging cigarettes. This did not go down well with the powers that be, as it made the Germans look human, and a limited ban on cameras was extended in March 1915 to cover all operational theatres, though it was not enforced as strictly as it might have been.

Cooksey also includes a photo (of unknown date and location) of ‘what appears to be the summary execution of a suspected spy by two British army officers with service revolvers.’