What Labour Governments End Up Doing: A Reminder 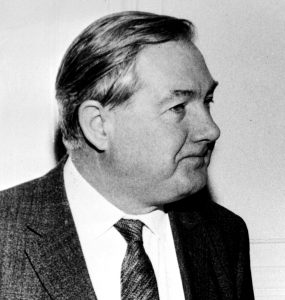 As many seem to imagine that a Labour government under Corbyn could be different, we reprint an article on the 1964-70 Wilson Labour government. Since there is an even smaller state-capitalist sector now than in those days, Lord Lever’s comments towards the end are even more pertinent. At the end, just substitute “Corbyn” for “Kinnock”.

‘As in all recent elections … [the Labour Party] played down any claim to stand, as a socialist party, for a radically different form of society … it asked the voters to say that it could administer the mixed economy and welfare state better than the Conservatives’.

No, this is not David Butler’s comment on the next year’s general election but on that of 1959. In the event, the voters judged that the Tories could run capitalism better than Labour. But after a further five years of Tory rule they changed their minds and in October 1964 a Labour government under Harold Wilson came into office.

The 1964 Wilson government was elected on a programme of ending the ‘stop-go’ of what they called ‘Thirteen Years of Tory Misrule’. This was a reference to what happened every four or five years during the 50s and 60s when a boom led to a balance of payments crisis by sucking in imports, to which the government responded by measures to damp down demand. Actually this was a reflection, at the level of government policy, of the minor cycles that capitalism continued to go through during the prolonged period of capitalist expansion that followed the war. In any event, Labour promised to replace ‘stop-go’ by “planned and sustained economic growth”.

‘Our first priority will be to make British industry GO, and to make it efficient. We shall ask industrialists, trade unionists, and economists at all levels to help us create a National Industrial Development Plan. This plan will set expanding targets for industry; will collect and analyse information about costs, export possibilities, profit margins; and will reconcile production with demand . . . The plan will aim for a large increase in the output of our factories each year—produced more efficiently than before’ (Daily Sketch, 11 February 1963).

After Labour’s victory in October of the following year, Brown became Minister of Economic Affairs and Callaghan Chancellor of the Exchequer. Ray Gunther, a former leader of the railway clerks union, was appointed Minister of Labour, Brown’s job was to draw up the promised National Plan; which he duly did, unveiling at a ceremony in September 1965. It provided for total output to rise by 25 percent by 1970, a growth rate twice as fast as the percent a year that had taken place under the Tories.

The plan never got off the ground. As early as November 1964 a balance of payments crisis developed with a run on sterling. By July 1965 this had become so serious that Callaghan was forced to curb government spending. After announcing cuts in existing expenditure, he went on ‘we shall also have to defer some of the desirable social reforms we had hoped to do in the immediate future’ (Times, 28 July 1965). Although Labour won an increased majority in the election held in March 1966, in November 1967 they were forced to devalue the pound and impose even tougher austerity; prescription charges which they had abolished on coming to power were restored at a higher rate. And growth never did attain anything near the planned 4 percent. Contemporary newspaper headlines (see box) tell their own story:

Profit Motive as Test of Efficiency. Mr Brown’s Reply to Directors. “Government Not Anti-Business” (Times, 22 May 1965)

Folly To Press For Big Wage Rises—Chancellor (Financial Times, 18 May 1966)

By 1970 the working class had had enough and Labour was booted out. By its own standards the Wilson Labour government of 1964-70 was an utter failure. It didn’t deliver sustained growth and social progress; instead it ended up restraining wages and cutting social services, and it left office with unemployment at its highest for thirty years.

Why do Labour governments fail this way? The first thing to notice is that there is nothing special about Labour governments in this respect. Tory governments do the same. In fact all governments do. It is just that Labour’s failures are more resounding in that the Labour Party was formed as a trade union party committed to trying to improve conditions for the working class while nobody expects the Tories, as the party of the ruling class and the rich, to behave any differently.

The basic reason for the failure of the Wilson government’s attempt to plan a steady expansion of output, so as to keep unemployment down and provide expanding social services, was that his government was a government of capitalism, and capitalism is a profit-making system under which what and how much is produced is determined by considerations of relatively short-term profitability. Ministers and civil servants may draw up grandiose plans for a steady expansion of production, but those in charge of firms react to market conditions not paper plans. If, as happened under Wilson in the 60s, they judge that they will not be able to sell the extra output at a profit then they won’t produce it.

Labour has only ever challenged capitalism verbally, and then only sparingly. In practice, when in power, it has always accepted capitalism and capitalism’s economic priorities: that, since capitalism runs on profits, profits must be allowed to be made, and must be maintained if necessary at the expense of wages and salaries

A number of Labour leaders have been quite open about this. Harold Lever, then an MP (now he’s a Lord) and chairman of the Labour Party’s economic and financial committee and later a cabinet Minister, writing just after Labour had won the 1966 election, declared in terms which the present leaders of the Labour Party would wholeheartedly endorse:

‘Labour’s economic plans are not in any way geared to nationalisation; they are directed towards increased production on the basis of the continued existence of a large private sector. Within the terms of a profit system it is not possible, in the long run, to achieve sustained increases in output without an adequate flow of profit to promote and finance them. The Labour leadership knows as well as any businessman that an engine which runs on profit cannot be made to move faster without extra fuel. So, though profits may be squeezed temporarily by taxation and Government price policy, they must and will, over a longer period, increase significantly even if not proportionately to increased production’ (Observer, 3 April 1966).

Whenever profits have been threatened, as by a failure of exports to sell well enough or by an economic downturn, Labour governments have reacted by restraining and freezing wages and by postponing and cutting back on social reforms. This is not because they are incompetent or dishonest or traitors but because that is what managing capitalism involves. Anybody who takes on this responsibility has to do this, just as Wilson had to and as Kinnock will if ever he gets the chance.