Book Reviews: ‘Utopia for Realists’, & ‘A Place of Refuge – An Experiment in Communal Living’ 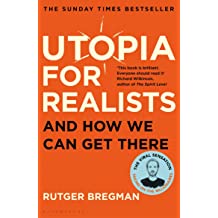 Bregman is a Dutch philosopher and he has produced a book that many are claiming is up there with Piketty in terms of recent works that have achieved real kudos and wide resonance among critics of the market economy.

In fairness, it is well-written and thought-provoking –definitely a cut above the many philosophical pot-boilers that wordily say little and invite being left on the ‘New Titles’shelves at Waterstones. Bregman is good at sensing where the problems in modern day society are and how they have morphed over recent decades –the proliferation of ‘bullshit jobs’from PR to the law, from public sector pen-pushers to private sector money-shufflers; the disconnection between the property-owning ideals of the free market nirvana, and the inability of people to secure their place within it; the massive rise in automation which counter-intuitively has led to people working longer and harder, and often with less purpose.

Where Bregman is less convincing is his prospectus for change. Most of the ideas he advances here are familiar ones –a basic income scheme, a move towards a 15 hour work week, open borders, increased taxes on wealth . . . in other words, a reversal of the dominant trends within capitalism over the last three or four decades that were promoted by Friedman, Hayek and their latter-day neo-liberal evangelists.

Bregman sees these as being radical and seemingly utopian demands that are capable of realisation in the way that other supposedly outlandish reforms were previously (he cites votes for women and same-sex marriage among others). But many –in fact, almost all –of the examples he gives of this nature were cultural changes that occurred within the market economy as it swept away the last vestiges of the attitudes that went alongside the feudal master/servant relationship. In other words, they were entirely compatible with the development of capitalism itself. Capitalism’s economic laws are rather different and do not bend so easily to the political will of those who would seek to curb their seeming excesses –the tendency towards an increasing work week in recent decades being a case in point.

That’s why Bregman’s book title is misplaced –his prospectus for change isn’t really Utopia for Realists but Utopia for Utopians. This is because the reason capitalism hasn’t delivered what many radicals have expected over the years is that in many ways it can’t. For instance, a basic income scheme is capable of realisation within capitalism only within certain parameters but these are circumscribed by the profit system and the need for the driving force of capitalism to operate –businesses competing to accumulate capital without the state interfering to prevent this. At a higher level of technological advancement this applies to basic income schemes today just as it did the original Speenhamland system and the Poor Law in nineteenth century Britain. Within the market economy, these schemes are unable to abolish poverty –in capitalism, the rich are rich because the poor are poor, and wealth accumulates to those that have it and only expands on this basis. In anything other than the very short-term, capitalism is incapable of behaving any other way.

The fact that until comparatively recent times the working class of wage and salary earners were often able to increase their absolute levels of income (and sometimes their relative share of income for a time) was the product of organised trade union action, but there were always limits to this. That the average skilled US worker hasn’t seen an increase in their real wages for around 30 years and that most workers in the UK and many other European countries have had real pays cuts for over a decade now illustrates this point well enough.

Capitalism has economic laws that are not easily transcended within the system (as has been illustrated by reformist governments of the Labour variety and also by more radical interventions such as the creation of centralised state-run capitalism in Russia and its satellites in the twentieth century). So what is needed is the sort of movement that Bregman identifies –radical, democratic, confident in its ideas –but one genuinely focused on challenging capitalism at source and creating a society capable of realising the potential that the market economy has unleashed. As Bregman himself rightly says:

‘A worldview is not a Lego set where a block is added here, removed there. It’s a fortress that is defended tooth and nail, with all possible reinforcements, until the pressure becomes so overpowering the walls cave in’(p.240).

Capitalism, with its interconnected production across the globe, its robots, 3-D printing and digital media, has brought about a real potential abundance of wealth that is now held back by the artificial scarcity associated with the market, money and production for profit. A genuine society of abundance will have no time for basic income schemes and attempts to institute part-time wage-slavery, and will instead mean a conscious move towards full unemployment and zero money income instead –only achievable on the basis of common ownership, the abolition of the market and free access to wealth.

Every Form of Refuge Has Its Price

‘A Place of Refuge: an Experiment in Communal Living’. By Tobias Jones, (riverrun £9.99) 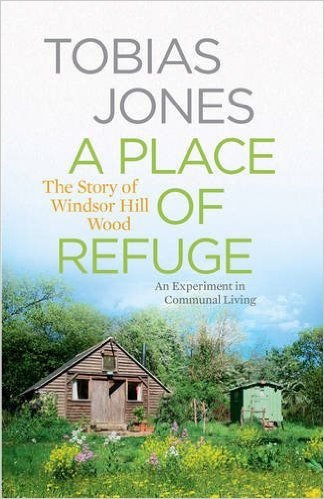 This is an account of a ‘woodland sanctuary’near Shepton Mallet in Somerset, set up by Jones and his wife Francesca ‘with the sole purpose of offering refuge to people going through a period of crisis in their lives’(see also www.windsorhillwood.co.uk). It was inhabited by them, their two (later three) children and usually up to five other people. In the first two and a half years, over fifty people stayed there for varying lengths of time. The other residents had various kinds of problem, such as addiction to alcohol or drugs, or a past history of abuse, or were ex-soldiers who had endured terrible experiences in Afghanistan and were suffering from post-traumatic stress disorder. The book is an honest (sometimes painfully honest) report of the trials and tribulations involved, the effect on Jones himself of listening to so much trauma, and what was achieved.

The set-up had a religious inspiration, though not much is in fact made of this. It was supported financially by Jones’own income (from journalism and other writing), equal contributions from the other residents, donations from supporters and the sale of various goods produced on the site. A natural question to ask is whether the experience has any lessons for Socialists, though it should be borne in mind that the other residents, with their problematic backgrounds, were by no means a cross-section of the population.

Partly because of residents’histories, no alcohol or drugs were allowed on-site, nor was any violence permitted. It was mainly the Jones adults who decided what was allowed (it was their home, after all), and in the second year a management committee of outsiders was set up to offer advice. The result was not a harmonious paradise where everyone chipped in as they could and took what they needed, but nor was it a place where people did the minimum they could get away with and just enjoyed themselves. Volunteers from outside came one day a week to look around and help out. Most exchanges with the local community were non-monetary, such as providing a cup of tea and a slice of cake in exchange for an oil drum. Internally there was no concept of a wage.

Some quotes will give an idea of how it all worked out in practice: a few people ‘took everything they could without any idea of where it was coming from’, while others ‘were here for what they could get, not what they could give’. Yet most residents ‘don’t want to be helped; they want to help out’and ‘Far more of our guests work too hard than not enough’and in many ways ‘everyone benefited from communal life’. The wood ‘has, in fact, usually been a cheerful and harmonious place’.

Windsor Hill Wood is not a little piece of socialism in Somerset, but Jones’book provides a refreshing insight into both the difficulties and benefits of one form of communal life.