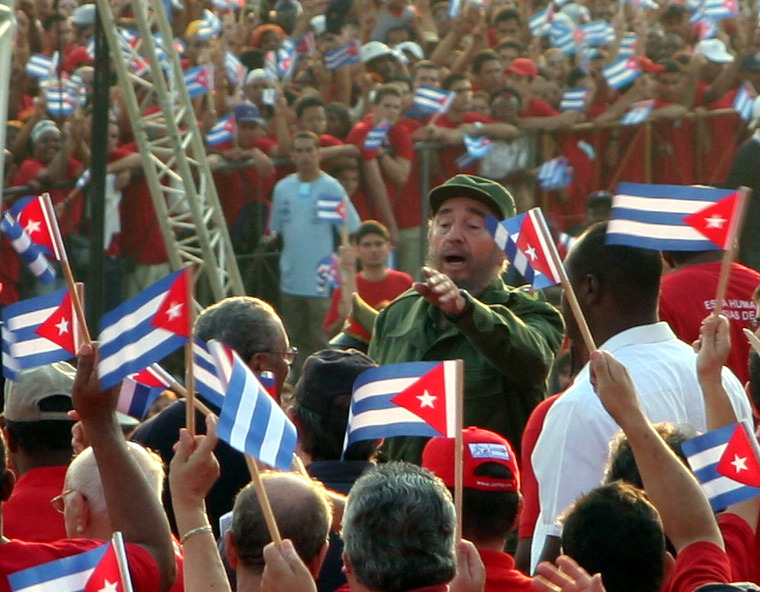 On 26 November Fidel Castro, one of the oldest dictators in Latin America, died. The announcement of his death was made by his brother Raul Castro on state television. His death was celebrated by the opponents of the government of Cuba in Miami in Florida, and it was also taken as sad news by many of the Latin America Leftists and supporters of the Cuban regime.

In 1959 Fidel Castro, Raul Castro, and Che Guevara were part of an armed rebellion which provoked the overthrow of the dictatorship of Fulgencio Batista, a government backed by the US for several years. Then, part of the ruling elite of Cuba shifted toward the support of the guerrillas who were fighting in the Sierra Maestra against the Cuban military forces.

After their victory, Fidel Castro and the Communist Party of Cuba initiated the nationalization of all the US holdings and assets, and all private land was taken over by the state. The US declared an embargo on the island.

Castro declared himself a ‘Marxist-Leninist’ and entered a relationship with the Soviet Union, and established a form of state capitalism like the one established by the Bolsheviks, and called it socialism. In a country where agriculture prevailed over industrial production, sugar was the main production that existed in the whole country, and most of the workers were peasants and did not have any socialist consciousness. The level of illiteracy was high in the rural areas of the country. The economic backwardness was as in most of the countries of Latin America

After the defeat of the invasion of the Bay of Pigs which was financed by the US and backed by the CIA, and, at the peak of the Cold War period after the 1962 missile crisis during the government of John F Kennedy in the USA, and Nikita Khrushchev in the Soviet Union, an accord of no intervention was signed between the US and the Soviet Union.

Several social and economic reform programmes were implemented such as state-run medical services, public transportation, and public education. A large programme of education was initiated throughout the country,

A long period of stagnation, poverty, and scarcity began. While the government blamed this on the embargo imposed by the US, they never recognized that so-called socialism in one country was an impossibility and that despite collaboration with the Soviet Union, which also proclaimed itself a socialist country, the economic laws of capitalism prevailed in the country. Most of the followers of Cuban ‘socialism’ in Latin America blamed Cuba’s problems simply on the US embargo, and never recognized the class character of the ruling elite, and the economical exploitation of the Cuban workers.

For many years, the Latin American left proclaimed Fidel Castro as the leader and commander in chief of the Cuban revolution, and a bastion of socialism in that region where many guerrilla groups were financed by Cuba on behalf of the Soviet Union during the period of the Cold War. Most of those groups were defeated by the military forces of several Latin American countries.

The whole region of Latin America is a clear indication that socialism cannot be established by a small group of armed individuals. The great majority of the class-conscious-less workers never gave support to any of these groups, including the guerrillas of Manolo Tavarez Justo, and the invasion of Francisco Caamano in the Dominican Republic, who at the end did not obtain the support of Fidel Castro and the Cuban Government. In the same manner Che Guevara did not receive any support from the Communist Party of Bolivia

Che Guevara was assassinated in Bolivia trying to obtain the support of the peasants to carry out the same revolt that took place in Cuba in 1959, and the guerrillas that accompanied him were killed or imprisoned. Within the Cuban leadership he was the only one who verbally advocated a moneyless society but after the Fidelista guerrillas took power he became the Minister of Commerce, and he was in charge of the Central Bank of Cuba, which contradicted his aspiration for a socialist society without money.

Despite their socialist and Marxist rhetoric and phraseology none of the leaders of the Cuban revolution including Fidel Castro ever had a real conception of what a socialist society should be. Most of the speeches and writings of Fidel Castro show that he was an apologist of Latin American Nationalism and later representative of the struggle of the Latin American capitalist class to liberate themselves from the influence of the US capitalist, like Domingo Peron in Argentina, and Ernesto Cardenas in Mexico, and Hugo Chavez in Venezuela

The case of Cuba is a living example of what the Socialist Party and the companion parties of the World Socialist Movement have indicated for many years, which is that socialism cannot be established in one single country, and that it must be established in a world scale by the vast socialistically conscious majority of the workers, and that socialism cannot be established in an economical backward society to be a free access society. That is the reason why the Cuban regime had to initiate a rationing programme with the excuse to create equality among the workers, while the ruling elite enjoyed all kinds of privileges and benefits.