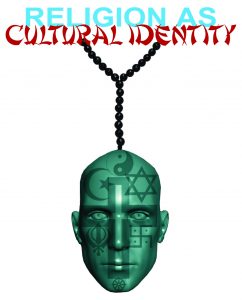 Many express surprise when told that to join the Socialist Party a prerequisite is that they must have no religion. For some, religion is regarded as a ‘personal matter’ that should not be subjected to any political analysis or individual inquiry. But an even greater objection can be articulated in terms of cultural identity. Someone of African or Indian origin, for instance, may regard their religion as an intrinsic cultural component of his individual and social personality.

To be told by someone of European origin that they must give up their religion can seem to be yet another example of cultural imperialism. It cannot be denied that the ‘Enlightenment Project’, of which Marxism/socialism is a part, has its roots in European history. Could it be that some cultures are so divergent from this tradition that any insistence on having no religion being a necessary prelude to socialist understanding is not only impossible but also an alienating insult to such cultures?

Any study of the history of religion shows it to be, along with all other human ideologies, subject to change. Christians may object to this by referring to the 2000 years of belief in ‘the son of god’ but the contemporary version of their religion bears little resemblance to the small Jewish sect that began it. The Great schism between the Eastern and Western incarnation of the Christian church was forerunner to the Reformation and countless other sectarian splits.

Many cultures have embraced one religion or another but this is always changing along with the identities it forges among the population. The adoption of Christianity by the Roman state under Constantine saved this particular sect from falling into historical obscurity like countless other religions before it. We’ll never know his entire motivation for doing this but it would be naive in the extreme to believe that it was an exclusively spiritual decision unaffected by political influences.

You don’t have to be a Marxist to see that the adoption of any religion by a ruling class does depend on important political considerations. Henry VIII’s split with Rome must be understood in political terms (the need for a male heir to consolidate Tudor hegemony). And this is at the heart of all the major state religions; they are the result of the need of a powerful minority for an authoritarian social structure (and a religion/ideology) that legitimises their rule. Seen in this light, religion seems little more than the manipulation of the weak by the strong. This is why socialists reject religion of any persuasion; we regard it as part of the slavish mentality that sustains capitalism.

The above description of the role of religion within a dominant class’s ideology does seem appropriate outside of the European tradition. Buddhism, Hinduism, Islam etc. have all undergone historical change due, in part, to the political needs of powerful elites within the countries concerned. Taking this historical perspective we can see that many religions have reached out from their origins both in terms of geography and in terms of their values and content. Indeed some, like Christianity and Buddhism, have become the very antithesis of the originators intentions. So in terms of religion as part of a cultural identity we are dealing with the same ‘shifting sands’ as we do with all other human value systems. This is not a criticism of religion but it emphasises the illusion of an unchanging cultural tradition and serves to undermine the accusation of any kind of ‘cultural incompatibility’ between the European origins of socialism and its global ambition.

Today we see, as a reaction against capitalism’s global nature, many cultures desperately clinging to indigenous traditions within which religion often plays a very important role. Socialists understand the revulsion that many feel towards consumerism’s complete lack of moral and ethical values; but trying to reach back to a mythical ‘golden age’ of righteousness and justice inspired by religion is pointless and dangerous. It feeds into the hands of zealots who would restore the oppression and hypocrisy that was the reality of any theocratic rule. And this is the heart of the matter; today the immense majority on our planet are enslaved by capital. Whatever culture and religion you belong to the greatest reality in your life is finding a capitalist to sell your labour to. This is the cultural reality we all share.

Capitalism also has its origins in Europe and has proven immune to any cultural barriers. Socialism cannot exist without the prerequisite of the development of ubiquitous capitalism, both in terms of the political consciousness created and its levels of production. As both the inheritor and destroyer of capitalism there seems no reason why socialism should prove any less ‘multi-cultural’ than its global predecessor. The world and its people are interconnected as never before – we can see that what we share as a species is more important than what separates us. Instead of rejecting this evolving worldwide culture and retreating into reactionary sectarianism let’s embrace it and, through revolution, realise its human potential.

It is tempting to see history in terms of the human species struggling towards maturity where there is no place for gods and demons. Ironically perhaps Saint Paul put it best when he said: ‘When I was a child, I spoke as a child, I understood as a child, I thought as a child; but when I became a man, I put away childish things’.