Book Reviews: ‘Wealth Secrets of the 1%’, & ‘Nation-States – Consciousness and Competition’ 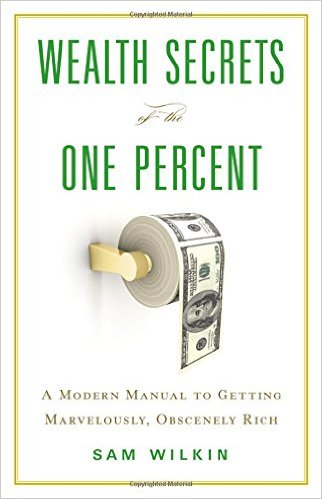 There’s no secret, really, is there? The one percent get their wealth by exploiting the rest of us, by paying us less in wages than the value of what we produce. This is not, however, the kind of thing that Sam Wilkin deals with here, since he is really concerned, not with how the capitalist class in general become rich, but with how and why some capitalists, in contrast to others, become very rich indeed. His answer is by ‘gaming the system’: by having the government introduce regulations that make competition difficult, and by making it more or less impossible for companies, especially banks, to lose money.

One chapter deals with the robber barons, the common term for a number of American capitalists who made vast fortunes in the last few decades of the nineteenth century: the likes of Carnegie, Rockefeller, Vanderbilt, Pierpont Morgan. As a comparison, Bill Gates’ wealth is less than one percent of US economic output, whereas John D Rockefeller’s net wealth was nearly two percent of US economic output at the time. The robber barons all despised competition, as it reduced their profits, and were able to acquire valuable patents and enforce vastly-profitable monopolies. For instance, Vanderbilt controlled all the railway lines into New York, while by means of a cartel Rockefeller owned nearly all of the oil-refining business. Morgan’s US Steel made tremendous profits by buying up other steel companies, eliminating competition and keeping prices high.

Wilkin also examines the methods used by Gates and Microsoft, focussing on the way they employed intellectual property ownership to gain a monopoly on some lucrative technologies. Microsoft did not create DOS, the operating system it originally made its money from; it just used its power and cunning to obtain a contract to sell DOS, helped by the fact that Gates’ father was a lawyer, so he had some background in legalese. As Wilkin says, there are two distinct issues: coming up with technological innovations and making money from these innovations are by no means the same thing. And profiting from a technology product has more to do with it being widely used than with it having the best features.

One point that emerges from the book is that there is no basis for claims that capitalism used to operate by means of a free market with unfettered competition, with this having been replaced by crony capitalism, where the state provides licences and protection for some companies. There has always been state interference with the workings of the capitalist economy, and competition has always been limited in various ways.

We mentioned earlier that Wilkin is not concerned with exploitation and the real origin of profit: those who produce the wealth receive little attention here. He does refer to the Homestead strike and lockout of 1892, at the works of Carnegie Steel, in which nine workers were killed by thugs employed by Carnegie and Henry Clay Frick. This is given the euphemistic description ‘an exceptionally heavy-handed crackdown on striking workers’. 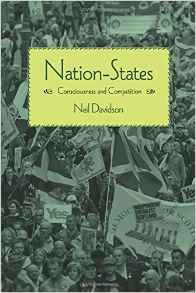 This book, a collection of previously published articles, does not live up to the blurb on the back that ‘Davidson draws out how nationalist ideology and consciousness are used to bind the subordinate classes to “the nation”, while “the state” is simultaneously wielded by capital as a means of conducting geopolitical competition.’

That Davidson is going to criticise and oppose all nationalism as an anti-working class ideology is shattered in the preface where he reveals himself as a supporter of both Scottish independence and Brexit. As a Trotskyist, who was in the SWP till 2013 (when most of the chapters were written), he is able to come up with some convoluted non-nationalist argument for doing so – that either or both would ‘provoke a crisis for the British nation-state, of a type that has been relatively rare in its history.’

More generally, he agrees with Lenin (introduced on page iii of the preface) that the left should support oppressed nationalisms against oppressing ones (though he thinks Scottish nationalism is neither) and the ‘right of nations to self-determination’, i.e. to a separate state. He explicitly rejects Rosa Luxemburg’s view that, in the era where capitalism dominates the world, this doesn’t make sense.

Luxemburg also argued that this wasn’t possible and so was clearly wrong about that as at the last count the world is divided into some 194 states and statelets. Davidson discusses why in the chapter entitled ‘The Necessity for Multiple Nation-States for Capital’. The emphasis here is on ‘necessity’ as he is arguing against both the possibility of a single world capitalist state and that the world just happens to be divided into capitalist states but doesn’t have to be, positions defended by some of those he is arguing with (including SWP leader Callinicos who defends the second).

His argument is that capitalism is necessarily a competitive system for profits and that states are, and have to be, just as much involved in this as capitalist enterprises:

‘Capitalism is a system of competitive accumulation based on wage labor, and these two defining aspects also point to the reason for the persistence of the states system: on the one hand, the need for capitals to be territorially aggregated for competitive purposes; on the other, the need for that territory to have an ideological basis – nationalism – that can be used to bind the working class to the state and hence to capital.’

So, for him, and rightly, nationalism is a product of capitalism, a position he defends in polemics about when a Scottish ‘national consciousness’ arose. He argues that it was only after the 1707 Union as it was only after then that capitalism developed in Scotland. His opponents – a Stalinist hack and the more respected Tom Nairn – put the date, in accordance with Scots Nat mythology – much earlier, to 1296 even.

Another chapter criticises the term ‘ethnicity’, which has become a politically correct substitute for the unscientific and discredited term ‘race’, and calls for it to be dropped. We agree and is why we refuse to answer the question about this on the census and other official forms except by ‘human being’ or ‘member of the human species’.

In view of the rise of Trump in the US and the victory of the UKIP position in the UK EU referendum, the chapter that has the most immediate relevance is the one on ‘Far-Right Social Movements as a Problem for Capital’. In it Davidson discusses why so many workers have been turning to such non-fascist, far-right movements as the Tea Party and UKIP. He attributes this to disillusion with and contempt for the current political elites for imposing ‘neo-liberalism’ (in practice, redundancies, job insecurity, cuts in social services and payments). This is a plausible explanation of the Brexit vote in Britain, which certainly has caused a problem for British capitalism.

‘… even if I am right that certain aspects of far-right politics are detrimental to the needs of capital, it does not follow that the increased chaos resulting from the implementation of these policies would necessarily benefit the left, even indirectly.’

Which rather contrasts with the reason he gives in the preface for voting Brexit.