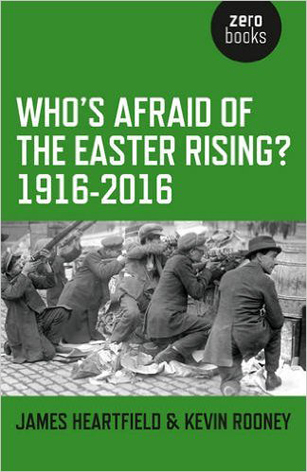 Socialists will not like this book, because of its relentless pro-Irish Republican stance.  Those who took part in the  armed uprising in Dublin at Easter in 1916 were, we are told, ‘heroes’ and ‘freedom fighters’ who fought for a ‘noble cause’. Certainly, those prepared to die for their beliefs deserve some respect, but what was the ‘noble’ cause? What was the ‘freedom’ they died for?

The rebels proclaimed an ‘Irish Republic’ from the steps of the GPO. The proclamation was a typical bourgeois-revolutionary text. The freedom and equality it invoked were merely the same as those of the bourgeois-revolutionaries who set up the first French Republic in 1793 – freedom from hereditary and alien rulers and equality before the law and in the marketplace. The aim was set up an independent, capitalist Irish state. It had nothing to do with socialism despite the participation of the one-time revolutionary socialist James Connolly; in fact, in participating in it he could be said to have betrayed the cause of the working class and socialism.

The authors make another extravagant, though less implausible, claim for the uprising: that it was anti-war and anti-imperialist, ‘the first open revolt against Europe’s warlords’, a key event in bringing the First World War to an end. Hardly, as it occurred relatively early on in the war which continued for a further two-and-a-half years. It is true that, later, nationalists seeking independence from the British Empire did look back to it as an anti-imperialist action to emulate. For the participants, though, it was a simple pro-Irish revolt.

In describing it as ‘the founding act of the Irish State’, Heartfield and Rooney are going along with the Irish State’s myth of its own origin. A much more historically accurate candidate for this would be the decision of the Sinn Fein MPs elected to the House of Commons in the 1918 UK general election not to take up their seats but to meet on their own in January 1919 as the parliament of an independent state.

In any event, both were insurrectionary acts, and Heartfield and Rooney derive much fun from pointing to the embarrassment of the present ruling class in Ireland who are clearly ashamed of the insurrectionary origin of their state. A large part of the book is taken up with arguing against the views of the ‘revisionist’ school of modern Irish history which says that the uprising  was unnecessary and even harmful as, after the War, Home Rule and eventually an independent Irish state would have come about peacefully, harmful because it enshrined the gun into Irish politics.

We can agree with the revisionist historians that the myth of the Easter Rising needs debunking. The Irish Republican tradition has been harmful and anti-working class but then so has Unionism. However,  those who argue that a peaceful transition to Home Rule and an independent state was likely had it not been for the Easter Rising are assuming that the Unionists in the North would have accepted this without resorting to violence (as they had done before the war, introducing more guns into politics than the Nationalists). After all, Ireland was then of strategic importance to the British Empire, and the established industrial capitalists of the North had a vital economic interest in not being cut off from their fellow British capitalists behind the tariffs walls of an economically backward Irish state.

In any event, irrespective of how it came into being, an independent Irish state was of no interest or benefit to the working class there.

There are a couple of mistakes about names. the Randolph Churchill who played the ‘Orange card’ in 1886 was not a Sir but a Lord (the son of a duke, and Winston’s father). The Con Lyhane mentioned as helping Tom Jackson’s anti-war activity in Leeds is surely Con Lehane; both incidentally founder members of the SPGB who later went off the rails. 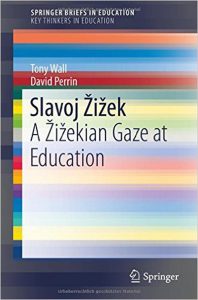 A recent review in the Socialist Standard of a book on the nature of democracy in advanced capitalist society pointed out the hollowness of the voting process, used as it is to confirm and consolidate the status quo, compared to the much more varied and meaningful use it could be put to in a society organised differently. The same can surely be said of the education system under capitalism whose main purpose is not to spread knowledge and understanding for its own sake but to impart to its ‘consumers’ the ‘skills’ necessary to carry out functions in the market system when their formal education is over and at the same time to habituate them to the ‘normality’ of that system, making it unlikely they will look beyond it for alternatives forms of social organisation.

This is something clearly articulated by Wall and Perrin in their book on the Slovenian left-wing social commentator and philosopher, Slavoj Zizek. In the last 20-odd years Zizek has produced numerous works in which he seeks to analyse the workings of modern capitalism and in particular how it shapes the psyche of all those who live under it. As this book points out, some have seen Zizek as an intellectual charlatan, ‘an empty vessel making much philosophical noise’, but Wall and Perrin, while making it clear that Zizek ‘rarely speaks about education directly’, find his broader insights into capitalist society sufficiently stimulating to apply them to the education system they themselves work in. In doing so, they go on a discursive tour that takes in situationism, the autodidactic educational tradition, and attempts at alternative education like A S Neill’s Summerhill School.

They point out how the ‘familiarity breeds consent’ processes Zizek emphasises are, in the area of education as in others, both subtle and all-encompassing so that ‘we carry on regardless, even if we have been trained to question our own assumptions and engage in critical reflection – we are readily duped and tricked and “being critical” can even lead to the concepts we are seeking to dismantle taking an even tighter grip on us’. Here we have an excellent description of how acceptance of the increasingly rigid processes of capitalist education envelop both teachers and students. Some of course do see through it, but attempts to pursue a different path within that system are most likely to result in estrangement, in weary resignation or, as the authors put it, ‘acting as if’ (e.g. as if ‘dumbing-down were not taking place or Ofsted inspections in schools or research assessment exercises in universities really were crucially important), because of our need to fit in, or even because our job may depend on it.

The final chapter of this book, the first attempt to apply Zizek’s ideas to education, is entitled ‘Now What Might We Do’. But the writers seem to recognise that the amount that can be done within the framework in which they operate as educators is extremely limited. They quote approvingly Zizek’s statements that ‘one should analyse the capitalist system as a totality of interdependent links’ and that ‘you can think beyond capitalism and liberal democracy as the ultimate framework of our lives’. They recognise that the subject they are dealing with ‘goes beyond education departments and their policies, and it even goes beyond nation states’. But just as it is difficult to find in Zizek’s writings a clearly articulated view of what we might replace the current social set-up with and how that can be done, so Wall and Perrin too, perhaps inevitably given the subject of their study, limit themselves to offering what they call ‘glimpses into navigating differently’ and conclude by stating that ‘while Zizek may have been asking the questions, it is up to us both to provide the answers and act on them’.