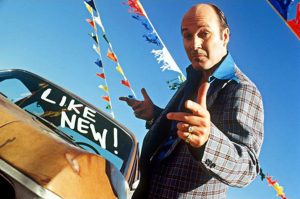 Truth is a troublesome concept, and not just for the ‘bad guys’. For hundreds of years philosophers have sought to define its meaning and understand its efficacy in relation to our world. It has undergone many incarnations including: correspondence truth, coherence truth, pragmatic truth, linguistic truth and its final nemesis, the redundancy theory. It is said that in the dead of night the post-modernists can be seen to dance on truth’s grave. But it has proved to be a most resilient idea that is still valued by most of us even if we fail to articulate just what it is. We can readily identify its antithesis – a lie or false-hood. In contemporary politics ‘propaganda’ is a word many use for false claims or downright lies.

We in the Socialist Party have had a relaxed relationship with the word ‘propaganda’, using it in its original sense as involving the propagation of ideas. But reading these words and the other articles in this journal an objective reader might very well suspect a ‘bias’ in our analysis of politics, history and economics. We don’t deny the existence of a clear perspective – every word is aimed at serving the political cause of the great majority (the working class). This being the case, how can the Socialist Standard hope for journalistic ‘balance’, or be considered as anything other than ‘propaganda’ both in terms of its perspective and in the possibility that we might manipulate information to suit our political aims? In other words can the reader have any confidence in the truth of what we write?

Consider the phrase: ‘High profits and property prices are good for the economy’. This represents mainstream journalistic bias since it disallows the possibility of any disaffection from accepted political norms within a capitalist context. What is ‘good for the economy’ is identified with what is good for the owners of the mainstream media and their chums – the parasitic minority. To the majority the statement means a higher rate of exploitation at work and yet another barrier to finding a place to live. Can both perspectives be simultaneously true?

Different perspectives of the same phenomena can result in opposite interpretations and conclusions. Can ‘what is good for the economy’ be bad for those who make it work? Is the truth or otherwise of all political statements dependent on this type of class perspective? Then consider this statement: ‘Capitalism can only work in the interests of the capitalists and against the economic interests of the majority’. This claim would seem to be above and outside the political context that defines class perspective. It claims a more objective and historical account of an economic relationship. But is it true?

You will never read such a statement within the mainstream media for reasons that are self evident. They cannot claim that: ‘Yes it is true that the system makes the rich richer and the rest are unimportant’ even if they know this to be the case. Perhaps this is one of many important distinctions between our ‘propaganda’ and that of those who defend the capitalist system; everything we write we believe to be true but, given that not all of our opponents are just plain stupid, it is very hard to believe that they can have any faith in the integrity of what they write. One always suspects that they smile privately about their own cynicism in protecting their interests at every opportunity; from the persecution of the poor to the ridiculous claim that the rich exist because ‘they work hard’ or are ‘geniuses at innovation’.

Another criticism that socialists encounter is that truth is said to be never ‘black and white’ and that our uncompromising political stance is impractical and sectarian. To compromise does have a reassuring mature patina to it but if we are correct that capitalism in all its forms is diametrically opposed to the majority’s economic interests what is it exactly that we’re supposed to compromise on? The Left regard it as a victory if they are allowed to collect a few more crumbs from the rich man’s table (minimum wage etc.). But if a person steals your wallet and returns it minus two thirds of its content then it is still reasonable to regard them as thieves.

For over a hundred years the Left has made one compromise after another and what has it to show for all their boot-licking reforms – people in higher debt, later retirement, low wages, family breakdown, trade union enfeeblement etc., etc. Just as Oliver Cromwell allowing compromise after compromise with Charles I in his feeble bourgeois attempt to keep his king on the throne led to just more bloodshed so we have reached an historical situation where compromise is seen as weakness and is politically pointless. The story of the frog and the scorpion comes to mind: the scorpion asked a frog to give him a ride on his back so that he could cross the river. The frog said ‘but you’ll sting me and we’ll both die’. The scorpion made a solemn promise he would not do so and the frog took him. Halfway across the scorpion stung him. As they both sank to their deaths the frog asked: ‘why did you do that?’ The scorpion replied: ‘It’s in my nature’. So it is with capitalism; any attempt at compromise and reform will just prolong the world’s agony. In this respect the truth is ‘black and white’ and no pleading with the beast will make it any greyer.

The witness’ oath: ‘I promise to tell the truth, the whole truth and nothing but the truth’ may be a very high and even unobtainable ideal in political terms but any compromise in aspiring to it must lead to a loss of moral integrity. All we can promise you is that everything we write is done in good faith with the single aim of revealing the truth about the politics of capitalism and the meaning of socialism. We have no other agenda. If ‘truth’ is regarded as anachronistic by some intellectuals then so be it – we believe that the complexity of a concept does not necessarily render it useless. We live in a world of political spin, half-truths, marketing and lies.

Socialism is not just another political commodity that we are trying to sell. Superficially it may appear to the politically naïve as just another leftist variation swamped by so many other groups misusing the term ‘socialist’. In the end perhaps we can only glimpse parts of the truth, but to ignore the concept entirely is to flirt with the disaster of Orwellian ‘business speak’ where: ‘War is peace, freedom is slavery and ignorance is strength’.