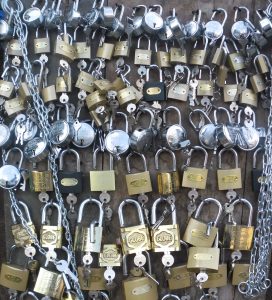 Human society today consists of 7.4 billion people, each needing food, shelter, clothing, travel, education, health care and entertainment. The obvious, rational way to proceed would be for us to use all of the planet’s resources and technology to produce wealth and services to meet all of those human needs. However there is one obstacle to this which must be removed first. At the present time the bulk of our world’s resources are in effect locked away from us, and withheld from such use. They are under armed guard, controlled by a tiny minority. That small fraction of the population who own and control the vast majority of productive resources have shown time and again that they only ever allow them to be used when to do so will lead to their own further enrichment and empowerment.

This year’s the Sunday Times Rich List showed that in the UK the richest thousand people, or 1 in 30,000 of the adult population, own between them £574 billion, an average of over half a billion each. Their collective wealth has more than doubled in the past ten years despite the world recession during most of this period. The important point about this is that it represents actual control of society’s resources: minerals, land, machinery, and also the vast ‘army’ of human labour which they purchase day after day to generate further surpluses with which to further cement their complete monopoly over vital global resources for human survival.

From where does this huge surplus keep flowing? From the constant hard work of the 99 percent without that social power. There is no other way in which useful produce and wealth can be created, other than through the joint efforts of people like ourselves. As long as this extraordinary situation continues there is no point even discussing what ‘we’ should do with society’s resources, as they are not yet ‘ours’ to discuss the use of.

Obviously the increasingly extreme concentration of wealth and social power in so few hands is not limited to the UK. Look at Forbes magazine’s international research and reports on the global situation. Despite talk of ‘everyone’ having suffered in the recessions of recent years, there are 1,500 billionaires around the world, whose net worth has increased in the past few years.

Let us be under no illusion. If any individual or group of people try to access or useany of those privately held resources – whether land, factories, transport or anything else – that 1 percent have never had any hesitation in using the brutal armed force of the state or private militias to deal with such a transgression. If the broad human community try to access those resources we will be threatened with armed force. And generally speaking, that use of force is quite legitimate because in most parts of the world today the electorate has given their permission and acquiescence to this, however passively, by voicing the view that this system of property relationships is the only way in which society can be run. What is urgently needed is for that majority who give their political support to that system – or at least vote on the basis that ‘this is the only possible way of running human society at the present time’ – to instead develop and express the opposite view, that there is indeed a viable alternative now, and that the current social system must be ended.

The richest man in the world is no longer Bill Gates, but Carlos Slim who owns Mexican telecoms. His wealth, now at 73,000 million dollars, also vastly increased in the past year. Figures like these mean something real; they represent a huge chunk of the Earth’s resources. That is the simple reality of the social system which political parties like Labour, Conservative, Liberal, Greens, UKIP and others are asking you in effect to vote for, to give your endorsement to, to recognise as the only possible way of running human society. Their policies are all based on this lie. The truth is that it is not the only possible foundation for human society today.

A recent report from Oxfam showed that the richest 85 people in the world – just one ‘busload’ – own £1 trillion, as much as the poorest 3.5 billion people. Their researchers said it was likely wealth ownership was even more skewed, with more than £11 trillion held unrecorded and off-shore. 7 in every 10 people live in countries where inequality has increased since the 1980s.

For over 99 percent of the population, on the other hand, the largest transaction they ever enter into throughout their lifetime, if at all, is to muster all their resources to implore those with wealth to loan them a mere few hundred thousand with which they might secure their own individual housing. On what terms would Carlos Slim allow us access to, for example, even just one percent of his wealth, or 730 million dollars, so that we could start producing food, housing and other resources for those who need them? The answer is very simple: never.

This is not about jealousy or bitterness toward these people: what makes these statistics about the social elite both important and infuriating is simply that their ownership is the same fact as our poverty and inability to make rational use of the planet’s resources. Technology has advanced exponentially, but social relationships have not kept pace. We are still stuck in the model of employment – which allows capital to accumulate in the hands of a minority, supplied from the unpaid labour of the active and working, majority class.

So we have to end capitalism before we can even begin to discuss the rational use of the world’s resources. What is capitalism? Contrary to the confusion peddled by politicians, it is not a tendency or an attitude, a style of life or even a political regime – it is the actual way in which society is currently organised, and it encompasses every country, every company, every government department and every individual, regardless of their activities, lifestyle or individual choices. It is not an attitude or a state of mind, it is a system – the social system which currently exists throughout the world and needs to be ended, if humanity is to flourish or even survive.

Capitalism’s key features are: class division – 1 percent or so own and control almost all productive resources whilst the rest of us work for them directly or indirectly to create further wealth – and production for profit, rather than for use. Wealth is not produced simply to be used according to human needs, instead it is produced only if and when it can be sold in a way which will generate financial surpluses or profits for those who own and control the production process.

The many problems which result directly from the existence of the capitalist system as our current way of running human society include the relative impoverishment of the great majority who do all the work – ranging from hundreds of millions literally starving, to billions more whose lives are blighted by constant struggle and stress. It also creates constant war and the threat of war as rival ruling groups and profit-takers in different parts of the world enrol the rest of us to fight their battles, to determine which of them controls which minerals, land and trade advantages.

In particular capitalism has created a crisis in the very environment itself. Climate crisis is perhaps the most pressing example of capitalism’s madness. Naomi Klein, writing in New Statesman (29 Oct 2013), cited many of the world’s most respected scientists all reaching the same conclusion, that capitalism has to be swept aside if ecological catastrophe is to be avoided: ‘It makes the ditching of that cruel system in favour of something new (and perhaps, with lots of work, better) no longer a matter of mere ideological preference but rather one of species-wide existential necessity’.

How to end capitalism

How do we go about ending capitalism? We need urgently and rapidly to build a majority who reject the entire system which exists, who see that it is no longer viable, that it can and must be replaced with a system of common ownership and democratic control of all productive resources. A majority who will no longer look to politicians or leaders but are developing the knowledge themselves to see through this huge con-trick which has evolved, the lie that capitalism equals freedom and is the only option for society.

Anyone who sets out to look at society, to debate how we should live, to campaign for change or human rights, has three blindingly simple questions which they must consider and answer before all others. What resources do we have to fulfil the task of meeting the human needs of the global population? The natural resources, land, crops, minerals; the human labour; the machinery we have built. The World Health Organisation and the United Nations have reported over and over that current resources are actually sufficient to meet the needs of several times the current world population, if properly accessed and used rather than being laid to waste whilst high enough financial profits are awaited. For example, the UN has found: ‘Growth in world cereal production has steadily outstripped world population growth. Yet each year there are more people in the world who do not get enough food. Global agriculture has the potential to grow enough food for all, but food is often not available where it is needed.’

Secondly, we must ask: what prevents this from happening, then? Because ownership and control of those resources is in the hands of a tiny fraction of the world’s population. They allow those resources to be used by the rest of us only under the most strict and anti-social of conditions: if and when further production might increase their wealth and power further. The third and final question we must ask is: do we stand for the retention of that kind of regime, or for its abolition?

Revolution is not a wild idea – it is an imperative. And this is why: human needs are not being met. Billions of children, men and women are in varying degrees of deprivation, and those of us in the more developed parts of the world who work for salaries or wages continue to be exploited and to face a huge array of unnecessary problems. In order to meet human needs universally and comfortably, we need first to repossess the Earth we inhabit. To do that we must first dispossess the minority who currently own and control it. And to do that necessitates a complete revolution and the democratic use of what structures we currently have, purely to enact that. And the only groundwork we can lay for that is the education of ourselves and our fellow workers to recognise that capitalism cannot ever serve our needs, in any form. Any other political programme than this, any attempt to improve or patch up capitalism, is futile, doomed to failure, and maintains the suffering which this system continues inevitably to cause.