Pathfinders: Harmony of the Hive Mind 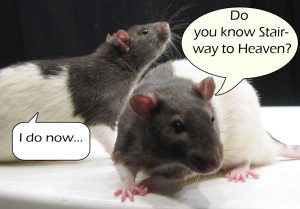 When you watch a really good band play a gig, you probably notice the rhythmically and harmonically ‘tight’ performance, the 100 percent focus and commitment, the way the players proceed in lock-step, almost as one mind. You know of course that this is an illusion created by many hours of painstaking rehearsal during which every element is calculated, measured, argued-over and scripted out, every variable is banished or budgeted for and all the words, chord structures and extempore passages are fixed and memorised. If you pay close attention you can even read the subtle signals passing between the various players who, behind the music, are ‘talking’ each other through the song.

Imagine for a moment that the players in this band were telepathic, not for show but for real. They wouldn’t need to count in, or maintain eye contact, or rehearse endlessly. They wouldn’t have to stick to the script in order to play perfectly. They wouldn’t even need a script. Each of the players would share the others’ thoughts as if present in their heads, though not in words because words take too long to process, but instead in abstract feelings or sensations, perhaps mixed with fragmentary visual images or fluctuations in mood. The effect would not be like a silent negotiation between individual minds but a single ‘multi-mind’ spontaneously thinking and acting.

Even better, suppose the audience was telepathic as well. Then they could become part of the band, ultimately blurring or abolishing the distinction between listener and performer, singing or creating rhythm or playing their own instruments, the whole consisting of balanced arrangements in controlled volumes without the need for a sound engineer. In short, a telepathic gig would be phenomenally good by anybody’s standards. Rolling Stones? Oasis? Arctic Monkeys? Who they?

Well, you guessed it. Scientifically-speaking, something like this may be possible in the future. Recent work with monkeys showed that it was possible to connect the electrical output from the parts of their brains involved in movement so that they were able to move an object on a screen towards a desired goal, in order to get a reward (New Scientist, 18 July). Each of the three monkeys was connected via electrodes to a computer which allowed them to move the screen object in just one dimension. To move it successfully required synchronised thinking from all three monkeys, operating what the researchers dubbed a ‘brainet’. Further work with rats showed that they could receive, store and transmit usable information to a computer, functioning as a parallel processing unit or ‘hive mind’.

The world is wiring itself together at every level, from rats to neural networks to the ‘internet of things’. Human telepathic control over these networks is the ultimate logical goal, albeit on the assumption of future background technology rather less obtrusive than today’s clunky electrodes, scanners and wire cables. The description of a musical performance given above, though of course speculative, is meant as an analogue of any human endeavour requiring collective participation. Formal spoken languages would no longer be a barrier, and may for many purposes become redundant. The possibilities for science, engineering, games, learning and the arts are certainly beyond our present ability to predict, and nearly beyond our ability to imagine.

There is one problem with all this, though it’s not one that socialists will lose any sleep over.

The ability of humans to think collectively as a group-mind would be catastrophic for capitalism. All workers sharing their ideas, without language, labels, prejudices and egos getting in the way? It must be stopped at once. Divide and rule is what’s needed to keep this market economy on the straight and narrow. Cut those monkey scientists’ funding immediately!

Cyberspace in black and white

Apparently we’re getting less spam in our emails these days, as anti-spam policing has for the first time since 2003 managed to cut it to below 50 percent of all email traffic (BBC Online, 18 July). Or rather the various spammers and phishers have finally twigged that we’ve all long since twigged, and their nasty little games don’t work anymore. The bad news is that malware is on the increase, including the dreaded ‘ransomware’ (pay up, or never see your files again). So the arms race between the black hats and the white hats (i.e. baddy hackers and goody hackers) continues to escalate in a war which is of course all about screwing money out of you. If you’re not paying the black hatters, it’s only because you’re paying the white hatters. Maybe it’s not the most pressing concern for socialism, but the lack of a profit incentive would mean pretty much the end of spam, of malware, even of all those hated passwords.

Why do plutocrats get their wallets out?

From vague pixellated blur to stunning hi-res image, we’ve all followed with bated breath the passage of the New Horizons probe to distant Pluto to reveal its secrets. And its secret is now revealed – it’s a cold, boring planetoid where nobody in their right mind would ever want to go. Still, it’s amazing that the first moon probe was launched as recently as 1959, within the lifetime of many of our readers, and now every planet in the solar system has had close-up photo opportunities from the NASA paparazzi. Pluto, though, is about as far as we can realistically go unless someone invents a Star Trek-style warp drive. Even at New Horizon’s record speed of 50,000mph it would take 100,000 years to reach our nearest stellar neighbour (New Scientist, 18 July).

Most socialists find science interesting and planetary exploration equally so, but unlike excitable media journalists they are not hopelessly confused about the reasons for it. Talk of public interest and selling science to school kids is all very worthy, but socialists know two things the journalists don’t. First, space exploration is not funded by the public out of taxes, because those taxes ultimately derive from the rich, therefore it is the rich who are financing it. Second, the rich are doing it as a speculative investment to see what returns they can get out of it. Think science is purely the pursuit of knowledge for its own sake? Think again. That’s not how the rich see it at all. They aim to get more rich, and investing in science – even those avenues that seem to offer no obvious profit potential – is the way to do it. Pluto, if you recall, as well as being the god of the underworld, was also the god of wealth.