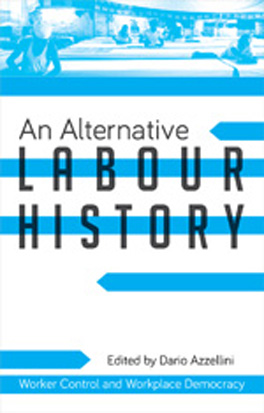 This is a collection of articles describing – and advocating – ‘workers control’ at various points in history and in various places, particularly Latin America, today. The authors see workers spontaneously taking over workplaces as the way to a new society without private or state capitalists.

In times of economic and political chaos when factory owners lose control or abandon their factories, workers do not just sit back and do nothing. They take over the factories and try to keep production going.  This shows, as Azzellini points out in his introduction, that ‘workers do not need bosses to organize production’. But this has never lasted for any length of time.

Sooner or later ‘order’ has been restored, either by the old ruling class re-establishing control or by a new ruling class taking over, and ‘bosses’ have come back, whether the old private ones or new state ones. In some cases, however, the ’recuperated’ factories  have been given a legal basis as cooperatives producing for the market. But this is no solution.  Cooperatives, Azzelini writes in the section of his introduction ‘Limits and contradictions of the cooperative model’, ‘tend to operate within the capitalist logic of productivity and profitability … the pressure on them to a adopt a capitalist business logic is immense … cooperatives are embedded in the framework of the capitalist economy and compete on the capitalist market following the logic of profit-making … ‘

This is a better fate than being forcibly suppressed but is still a dead end. Which is why Azzelini favours a revolution in which there is a general movement of workers to ‘take and hold’ the means of production (to use the terminology of the old IWW, which surprisingly doesn’t get a mention).

A revolution led by workers’ councils would certainly be better than one led by a vanguard party but still underestimates the degree of understanding of those involved as to where they are going and ignores the need to win control of political power to permit this and/or to back it up.

Would you believe it?

‘Towards A Science of Belief Systems’, by Edmund Griffiths. Palgrave Macmillan. 2014 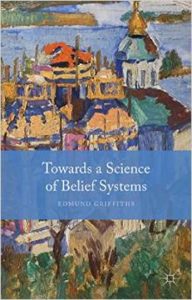 Edmund Griffiths has recently been a Research Fellow at Wolfson College, Oxford and this philosophical work was written as a product of his research there. His aim is a laudable one:

‘How other people think and feel, both generally and individually, seems to me to be one of the things in life that are most urgent and most compellingly worth knowing’ (p.154).

As such, this is a study about sets of ideas, their component elements and how these elements interlock and lead on from one another. Griffiths contends that the most effective way to understand belief systems – irrespective of their content or nature – is through a method he calls ‘descriptive logic’.  This is an objective method that can be used regardless of whether one agrees with the belief systems being analysed or not.

He uses it to discuss belief systems as varied as Fabianism, Gnosticism, and flying saucers. Here, below, is an illustration of it with regard to alternative historiography, where the proposition A could range, for instance, from the view that Giza is really modelled on Orion’s Belt, to ‘9/11 Truth theories’, to the view that the moon is really an artificial construction:

‘1. Official knowledge is drab, conformist, monolithic, and an obstacle to the free exercise of the imagination and of the sense of wonder.

2. Therefore, official knowledge should be refuted.

3. Official knowledge is incompatible with the proposition that A,

4. and yet some evidence can be assembled which does tend to show thatA.

Griffiths has developed his descriptive logical method in a way that is underpinned by the Marxist materialist conception of history though he argues that his method is in its early stages and much more work has now to be done (including logical annotations of key representative texts to illustrate how the ideas presented develop, interlock, and link with similar types of argument presented elsewhere).

In style, the book verges from the wry and whimsical at times to the difficult – it is, after all, a theoretical work and one which is academically rigorous. Griffiths is also exceptionally well read and the text is illustrated by references that range from the pronouncements of the North Korean state to quotations from ancient poetry.

The general method and standpoint of Griffiths is not incompatible with our own. In terms of its objective (if not method) it also has some similarity with the theory of systematic ideology developed by Harold Walsby, George Walford and others. This was a group who left the SPGB in the 1940s and who became motivated by a need to understand the ideologies of the modern world – their defining features, how they interlock and particularly the limitations on their spread and development.

We have sparred with the advocates of this theory many times in the past, though ironically this is one book that might have benefited from a consideration of their ideas. This is because – whatever the flaws in their arguments – theirs was one of the very few other attempts to traverse this type of terrain. In essence, they attempted to use a dialectical method to account for why people think as they do, why types of ideas recur persistently in society, and why some seem to attract more adherents than others.

Nevertheless, it is clear Edmund Griffiths has produced a very useful and informative book that represents a significant contribution to the study of belief systems, both ancient and modern.