The Roots of Islam 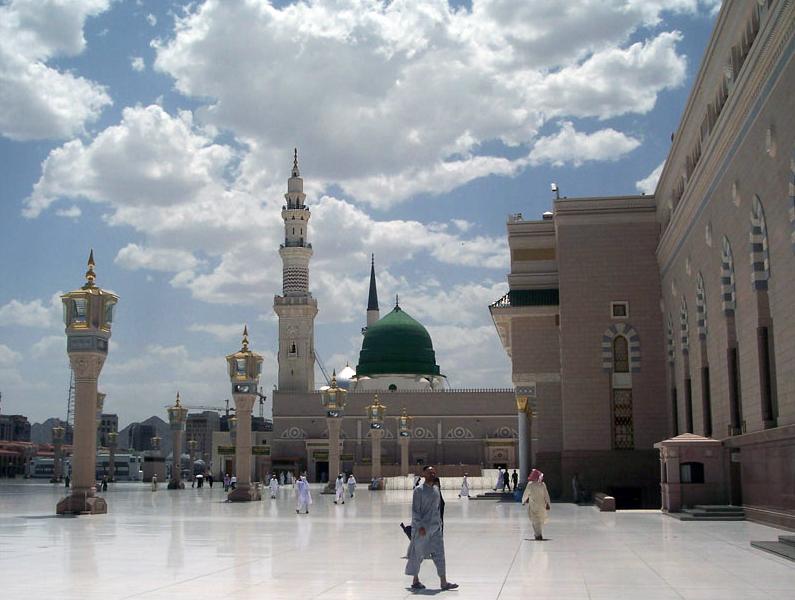 Groups of Islamic proselytes with trestle tables piled with books and pamphlets is a common sight on our streets these days.  They join the ranks of those trying to win workers over to their ideas.  Occasionally, they might even maintain that Islam is an anti-capitalist idea.  They are right, it is, but not in a good way.

Islam as an idea traces its roots back to the specific social relations of 7th century Arabia.  At that time the Arabian peninsula was in the shadow of two great monotheistic empires: Rome and Persia.  Monotheistic ideas had suited their social arrangements, since by their nature these empires dissolved local tribal bonds, and subordinated everyone to an emperor far away.

Both the deserts of Arabia, and its position between the two empires meant that neither completely dominated it.  At this time, as in Europe with Goths, Vandals and Germans, the nomadic Arabs had wandered to the borders of the Roman Empire, and in some cases settled and been assimilated, or used as mercenary troops for the Empire.  Within Arabia proper, most people lived lives dominated by clan and tribes, without a central state, where custom and the threat of vendetta regulated social life.

There was a basic division between groups of sedentary Arabs, who practised agriculture (usually herding animals or growing dates), and the Bedouin, who moved across the desert either raiding or offering protection to the agriculturalists.  Often relations between groups were managed by the prestige of holy men, at sites of sanctuary, known as haram, often on the borders of rival territories.  The city of Mecca was founded at such a site, and the market there grew up under the auspices of the neutral territory.  Within these spaces, the holy man might also be called upon to settle disputes, and this gave him power.

This status could be passed on through a family line, though it still required the requisite religious achievements in order to maintain it.  Other groups could muscle their way in, and take the prestigious site and office over.  A man named Qusayy, and his tribe, the Quraysh took over the haram of Mecca in the 6th century, and it was under their control, largely, that the city grew up.  This city thus was not based on natural resources, and was entirely dependent on trade and its position on trade routes for its existence.

Muhammad was born into this tribe, and thus into its religious prestige, albeit through a clan, the Hashims, which was in declining status within the tribe.  This marginalised status was compounded in his case, when he was orphaned at an early age, leaving him dependent upon his uncle, and the clan at large.  He managed to marry well, to a wealthy widow older than himself, and spent many years in trade.  It is almost certain that he encountered Christians and Jews as part of his travels, and may have learned some of their ideas.

He earned a reputation for probity, and he must have been possessed of a degree of piety, going into the desert to pray.  It was there, when he was in his forties, that he first heard God speaking to him.  His voice of god is a matter of dispute.  His sternest critics accuse him of madness, or hucksterism.  This seems unlikely.  Certainly those around him were convinced he was sincere, and there was a tradition of divinely inspired revelation within his community already.  It seems most likely that he genuinely believed that he was hearing the voice of God, and that his own thoughts and expressions manifested themselves to him in that way.  Certainly, as time went on, some of his revelations appear to be distinctly self-serving (especially over the question of his many young wives).  That, however, is not so unusual.

The Arabs practised polytheism at that time, and Mecca was full of shrines to various gods. Allah was one amongst them, but the chief deity.  Muhammad simply began to affirm that Allah was the only god.  This affirmation, though, was a threat to the revenues of the various shrines, and to the dignity of the groups who followed the other gods.  He drew a select group of followers around him, chiefly composed of second sons and members of minor clans.  From this time comes much of Islam’s rhetoric of fairness and oppositionalism.  Naturally, the established dominant groups reacted by trying to suppress his movement.  There had been a recent (failed) bid to establish a man as king, so clearly there was political instability, and the growing city was undermining the old clan-based system.

Muhammad must have had a substantial reputation as a wise head, since he was invited to another nearby city, Medina, where he was asked to function as a mediator.  He emigrated there, taking his followers with him.  Medina was a city composed of various groups, including Jewish tribes, and he may have been hoping to recruit his fellow monotheists to his cause (however they rejected his religious advances).  Having no means of subsistence in Medina, the Muslims fell to robbing Meccan desert caravans.  This was a substantial threat to Mecca (because of Medina’s strategic location), and this led to a series of battles in which Muhammad proved (generally) triumphant, and demonstrated that he and his inner circle were competent military commanders.

Muhammad also began a process of taking control of Medina, through a series of strategic strikes against other clans and factions in the city, and through the assassination of political enemies.  The significant change that Islam made was that the Muslims would protect each other across clan and tribal lines.  This was its attraction to members of weaker clans, and part of its success in Medina, as none dare retaliate against the targeted killing.

Additionally, he instituted a principle of charity among the Muslim community.  All members were expected to contribute, and Muhammad administered the fund to support poorer members.  Non-Muslims were taxed.  The society that the Muslims established did not have a state: indeed, it was close to some anarchist utopias: a “natural leader” mediated disputes, while individuals owned their own property and were free to do as they pleased. Muhammad acted as chief, persuading followers to join him in war, and showing largess with the wealth he accumulated through his one fifth share of the booty.

The Islam of Medina took up existing Arab religious practices, such as praying at sun down and sun up.  It also had to negotiate and control the existing customs on marriage and vendetta.  Muhammad put a premium on limiting vendetta among Muslims (restricting vengeance to the direct malefactor, and sometimes paying the blood price to stop the feud himself).

Eventually, Muhammad became reconciled with the ruling elite of Mecca.  After a show of Muslim force, the Quraysh allowed him into Mecca on pilgrimage.  In return, Muhammad allowed Mecca to continue as a place of pilgrimage, so long as Allah was the only god worshipped.  The Quraysh leaders retained their positions, and indeed flourished as the Islamic empire spread.

Muhammad had to mount expeditions to defeat rival prophets who had united different Arab tribes in the deserts.  Whether they were imitators or had come to the same place as him independently doesn’t matter as much as the fact that the time was clearly ripe for a unifying leader of some sort.  Of course, once the Arabs were unified, this meant they could no longer raid against fellow Muslims, and so outward expansion became necessary.

Whereas the kings of Roman successor tribes in Europe found Christianity a ready-made tool for helping take over the Empire, for the Arabs in the south the fact that they were taking over both Persian and Roman lands (as well as encountering Jewish and Christian groups under Persian domination) meant they were exposed to ideas from different sources, and so developed a unifying religion of their own.  The abstraction of a universal god allowed them to absorb clans and tribes without racial distinction, and the policy of tolerance of other religious communities allowed them to both collect the taxes and find willing subjects in rival empires.

The achievements of Muhammad were in synthesising an Arab religion that unified and overcame tribal divisions, as well as creating an expression for individualism in terms of a personal relation with God.  Further, in insisting on writing down his revelations, he ensured their permanence and durability: even as this came round to bite him as he had later to revise pronouncements to overcome inconvenient rulings.  That, and the clear strength of the team around him allowed his religion and state to go on smoothly, even after his death.  As the Islamic state spread, and became more complex, it required new rules, interpretations of rules and ideas.

Islam might represent a form of romantic anti-capitalism, and be able to draw upon its oppositional rhetoric and a form of egalitarianism and mutuality under a divinely ordained destiny.  It is, though, harking back to an age before associated production, where the question was of distribution of surplus rather than the direct application of labour to transform the world.  It is an idea that socialists must oppose, not in the name of rationalism, but through the need to promote instead ideas that can aid the class struggle.  The materialist method allows us to understand both how humans come to create the ideas they hold, and how to change the world for ourselves.