Book Reviews: ‘Drone Theory’, & ‘The Ideology of Fascism and the Far Right in Britain’ 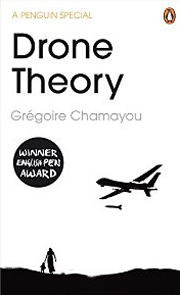 A drone is an unmanned aerial combat vehicle or, in an alternative formulation, a flying video camera armed with missiles. They have been used in Afghanistan, Pakistan and Yemen, among other places, and in the five years to January 2014 US drones alone are estimated to have killed at least 2,400 people. In this book (translated from French by Janet Lloyd) Grégoire Chamayou looks at various issues related to the use of drones, from military to more philosophical questions.

Drones were originally deployed just as cameras, and the US military made use of software developed for sports broadcasting to track individuals. The result can be a kind of persistent surveillance, with eyes in the sky always watching people, so there is no escape for either combatants or civilians on the ground. And this is not just in war zones as the concept of a ‘zone of armed conflict’ is no longer purely geographic.

But with missiles added to them drones allow the remote-controlled hunting down of humans. The operator may sit in comfort in an air force base in Nevada, attempting to identify acceptable targets several thousand miles away and then releasing missiles at them. Air force pilots regard killing by means of drones as cowardice, as the operators are in no danger themselves. There have been claims that drone operators suffer from trauma as a result of their work, as it involves the invulnerable killing the defenceless, but Chamayou argues that there is no actual evidence for this.

Drones effectively abolish combat, as there is no way to fight against them. This creates a problem for those who see killing in war as justified on the basis that it is a matter of self-defence, with both sides at risk and liable to be killed. But if one side is more or less defenceless and the other side’s soldiers are thousands of miles away from the death zone, where is the justification for the killing? Apologists for US power have come to the rescue here, arguing that the drone is a humanitarian means of killing (for an example, see www.theguardian.com/world/2012/aug/02/philosopher-moral-case-drones). This is because the use of drones conforms to the principle of avoiding unnecessary risk, removing any chance of the operator being killed or injured. Never mind that it often leads to the deaths of non-combatants and, as noted above, can result in people being permanently observed and harassed and so living in a kind of psychological prison. As Chamayou says, drones ‘constitute the weapons of state terrorism’.

This book provides an instructive picture of the use of drones and how this barbaric weapon is transforming warfare in both theory and practice.

‘The Ideology of Fascism and the Far Right in Britain’, by Mark Hayes. Red Quill Books. 2014 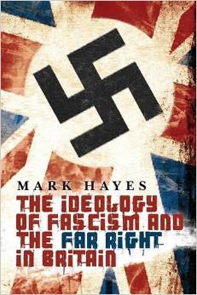 Here, Mark Hayes examines the ideological basis of fascism in Britain, seeking to learn the lessons of how it arises and how to combat it. There is much detailed discussion about the key defining categories of fascism and its variants, the genesis of fascism in the UK, and how political activists and academics alike have sought to interpret it.

Written from a particular leftist perspective the book attacks the Trotskyists who have often used ‘anti-fascism’ as a means for recruitment, and Hayes argues that anti-fascist campaigns have often been shorn of their class element, rarely addressing the underlying concerns of those who might be attracted towards fascism in the first place. In many respects he has a point here of course and there is plenty to like about this book as it takes a genuinely serious, in-depth look at the issues. However, there are deficiencies here too and they tend to stem from the same particular source. In one section, he argues that the mass murder carried out in Russia by the brutal Stalinist regime was somehow clearly and qualitatively different to that carried out by the Nazis:

‘Death was often a by-product of malevolent mistreatment in the former, while it was the inevitable consequence of the latter’s inexorable, ideologically motivated desire to eliminate whole categories of people in the name of Aryan supremacy’ (p.368).

This won’t do. Not only because a great many of the deaths in the Holocaust were caused by brutal treatment in forced labour camps just as they were in Stalinist Russia, but also because Stalinism did indeed attempt to eradicate entire categories of people, mainly its ideological and political opponents. There is nothing to be gained by such sophistry – each brutal regime killed people on a mass scale, both in a calculated fashion and as a product of general neglect and mistreatment.

Hayes also claims that the attempts to link the regimes using the concept of ‘totalitarianism’ was a politically-motivated product of  the Cold War, seeking to discredit one by association with the other, and ignoring ‘some remarkable social advances’ by the so-called  Communist regimes. In what appears to be a partial apology for repression in Soviet Russia he claims the ‘case for an identity between communist and fascist systems is very weak. Much as it might offend assiduously cultivated liberal sensitivities, it is entirely legitimate and indeed desirable to distinguish between a forced or necessary repression and a voluntary or inherent coercion’ (p.367).

It is this sort of attempted defence of the Stalinist regimes – half-hearted in some ways but noticeable enough – which undermines the credibility of the other arguments put forward here. Indeed, in line with the Communist Party’s views before the Russian regime did a deal with Hitler and signed the Molotov-Ribbentrop Pact in 1939, the main argument appears to be that ‘active resistance’ to fascists is the only way forward, implying physical force. As such, Hayes claims that for years anti-fascists have been ‘far too preoccupied with the idea of free speech and the idea that fascism should be exposed to the penetrating light of democratic debate in the hope that sensible, rational people will see through the lies and half-truths of fascist discourse’ (p.438). While he doesn’t entirely dismiss democratic and educational activities, it is odd indeed to think that this has somehow been the dominant approach on the radical left. On the contrary, most leftist organisations have long argued for ‘no platform’ for the fascists and have spent much of their time plotting to disrupt their meetings and block their marches.

In truth, few in Britain and most other advanced economies have been attracted to fascist ideas in recent decades – even the now riven BNP was a hardcore of fascists that developed a political orientation and support base that was more akin to the sort of right-wing populism now associated with UKIP. When fascist ideas have been put to the serious test in democratic debate they have always been found wanting soon enough and the defenders of authoritarian revolution on the far left have often not had much to coherently add beyond the shouting. After all – and despite all their undoubted efforts – it is difficult to meaningfully oppose authoritarian barbarity of one sort if you support (or are prepared to apologise for it) in other circumstances. That is one of the main reasons why fascist organisations may come and go, but the self-styled anti-fascists of the Stalinist and Trotskyist left remain as distrusted now as they ever have been.