Material World: Greenland – To Modernize or Not? 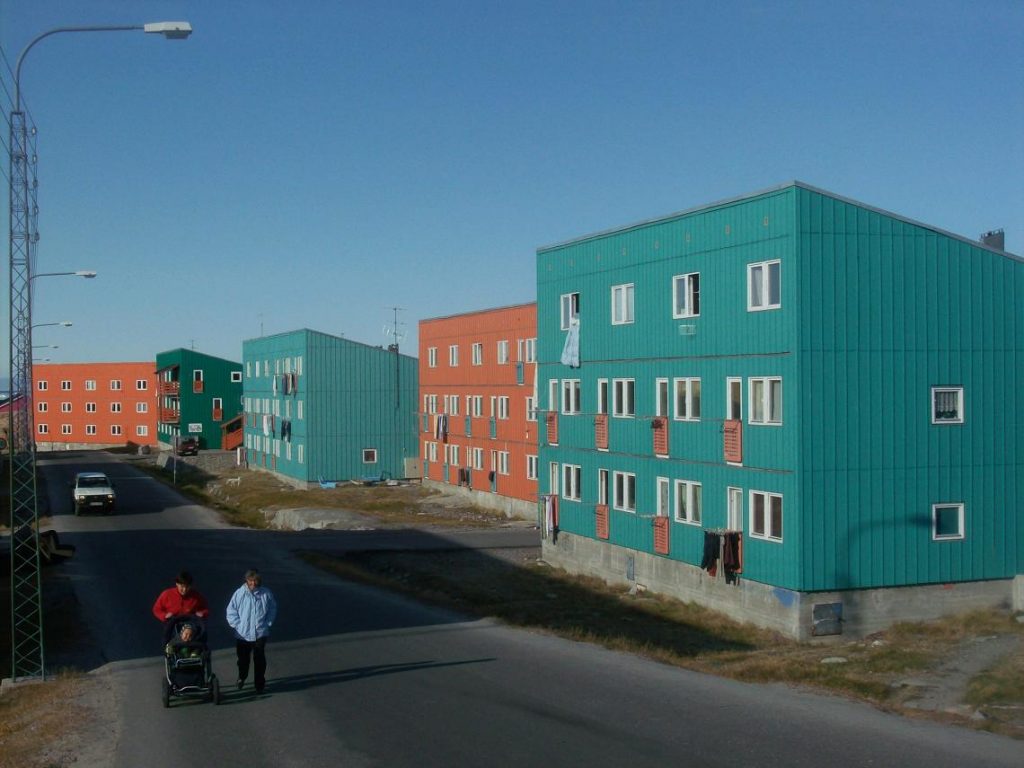 For much of human history, capitalism was not humanity’s economic system. For 95 percent of human history, primitive communism was the economic system, hunter-gatherer communities without classes, sharing wealth communally. Various pockets of primitive communism still live on around the world and one example is the traditional Inuit communalism. We should, however, think twice about using such a pejorative term as ‘primitive’. How could people last for thousands of years in the most inhospitable climate on Earth if they aren’t geniuses? The Inuit figured out how to turn bones into tools, how to turn skin into warm clothing, how to feed their families for generations. They have learned to adapt to nature which has allowed them to thrive for centuries.

In American Nations, Colin Woodard describes the Inuit culture and lifestyle. Most tribal land in the far north is owned in common under a form of title that prevents it from ever being sold to an individual or exploited in such a way that diminishes its value to future generations. There is no private property, although an individual family has three personal possessions: a tent, coverings and a sled. Everyone is allowed to responsibly use the people’s shared land, but it is thought the height of absurdity that any one person should ‘own’ it. Inuits still hunt, fish and gather and the food plus the implements associated with them are generally regarded as common property. If a hunter kills a seal, it’s handed over to whoever needs it. Villages have communal larders that anyone can access — free of charge or accounting — because food cannot belong to one person. It is the Inuit custom that you should never thank someone for food ‘Up in our country we are human!’ said the hunter. ‘And since we are human we help each other. We don’t like to hear anybody say thanks for that. What I get today you may get tomorrow.’

Alliances between non-relatives are formed and maintained through gift giving and the showing of respect. An example of this is the often repeated but rarely understood offering of a man’s wife. It is a form of gift giving where a head of household offers the opportunity of sex with the most valued adult woman of his household. The woman has the power to refuse, in which case respect will be through a different gift. Community ties are strengthened during the winter months, because individuals would not be able to survive the long harsh winter without the help of others. Throughout the winter, there is a continuous series of communal feasts. After large animals are caught, such as whales and walrus, the entire district is invited to the feast. In Labrador, Greenland and throughout the central regions, when the resources of a house have surpassed the ‘normal’ living standards, this wealth must be re-distributed to poorer individuals. If the tribe engages in a commercial enterprise, the proceeds belong to everyone.

Today global warming is unlocking potentially lucrative revenues from natural resources under Greenland’s seabed and icecap, which according to international experts is home to large oil and gas deposits as well as other minerals. Do you go on trying to preserve what is left of the old Arctic hunting and fishing culture, although it’s already so damaged and discouraged that it has contributed to the highest suicide rate on the planet (one in five Greenlanders tries to commit suicide at some point in their lives)? Or do you seek salvation in modernisation and economic growth (while keeping your language and what you can of your culture)?

One of the party founders of Inuit Ataqatigiit (Community of the People) has opted for the former. ‘If you want to become rich, it comes at a price,’ says Aqqaluk Lynge who didn’t want to pay that price, and under the Inuit Ataqatigiit administration (2009-2013) all mining was banned in Greenland. Apart from the environmental costs of large-scale mining operations, Lynge said, the many thousands of foreign workers they would bring in would have a devastating impact on what is already a very fragile Greenlandic culture.

The Prime Minister who took over in April 2013, Aleqa Hammond of the Siumut (Forward) party, chooses the latter. She thinks modernisation has gone too far to turn back and it is better to gamble on solving the current social problems (like suicide) by enabling everybody to live modern, prosperous lives. The Siumut government has issued more than 120 licences for mining and petro-chemical projects including a huge $2.5 billion open-cast iron-ore mine that would produce 15 million tonnes a year.

Few Greenlandic Inuit have the skills or inclination to acquire senior jobs in all these enterprises, and most will not want the hard, dirty, dangerous jobs of the workers in the mines and on the rigs. The rampant alcoholism and drug use, and the suicides that plague the Greenlanders are unlikely to be cured by throwing money at them as compensation for a life without meaning and the eventual extinction of their communal traditions.