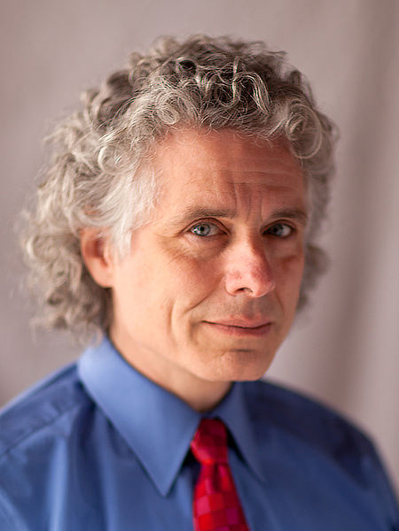 Socialist Standard: Given your view that socialist communal ownership and cooperation is against human nature, do you see yourself as a latter day Thomas Hobbes, justifying the need for a coercive state apparatus to protect us from ourselves?

Steven Pinker: I don’t think that communal ownership and cooperation are against human nature, period — they are natural among blood relatives, close friends, and tightly knit tribes — but I am indeed skeptical that they are natural among strangers and acquaintances, to say nothing of entire large-scale societies. But yes, I am a Hobbesian, in the sense that I believe the evidence shows that a society with a democratic government, including a police force and judiciary (the coercive apparatus) is vastly less violent than a society living in anarchy. Hobbes himself was squishy about the ‘democratic’ part — he imagined that the state would somehow perfectly embody the interests of the people — and I depart from him in believing that democratic constraints on state power must be an explicit part of the social contract.

SS: Your argument that levels of violence were highest among hunter-gatherer societies, thereafter declining to a record low in modern capitalism, has been hotly contested on the grounds that a) the modern primitive communities you cite are not really hunter-gatherers and have in addition had decades of contact with modern capitalism and b) that you have overlooked many large wars and civilian war-related deaths in recent history. Are you simply cherry-picking the evidence to suit your theory?

SP: Absolutely not. For one thing, my argument rests on the distinction between anarchic and governed societies, not hunter-gatherers versus the rest. For another, I separate data from hunter-gatherers on the one hand, and hunter-horticulturalists and other tribal groups, on the other; the latter are indeed more violent than the former (on average), but both types of anarchical societies have enormously higher rates of violence than modern ones. Third, many of these estimates come from societies that had little to no contact with Westerners; the archaeological record, and many reports of first encounters with native peoples, indicate that they had high rates of violence well before they made contact with the West. Finally, my data for modern wars come from every independent dataset in the literature that I could find (including those of Quincy Wright, Pitirim Sorokim, L. F. Richardson, the Correlates of War Project, and, for more recent wars, the datasets from the Peace Research Institute of Oslo and the Uppsala Conflict Data Project. It’s possible that they missed some small wars, particularly in earlier periods, but they certainly did not miss any large ones, particularly in recent times. The estimates all include civilian deaths. Some of them stick to violent battle-related deaths (as opposed to indirect deaths from disease or famine), others try to estimate total deaths; the text indicates which is which.

SS: To evade the charge of genetic determinism in The Blank Slate you argued that we could tell our genes ‘to go jump in the lake’. Surely, then, you cannot rule out socialist common ownership on genetic grounds?

SP: That’s right, not a priori. All modern political systems are artificial, implementing designs that try to allow their citizens to prosper. Yet all of them have to take human nature into account, including the scope of our cooperative instincts, the incentives that drive us, the sources of our pleasure and pain, the differences among us, and the limitations on our powers of reason and decision-making. I suspect that regulated, safety-net capitalism of the form found in, say, today’s Canada and Germany, are likelier to maximize human happiness under these constraints than the forced collectivism of Stalin and Mao. Presumably you have some third alternative in mind; in the absence of details I can’t judge how well it would deal with the constraints imposed by human nature, but I’d argue that its success in bettering people’s lives will depend on how well it deals with them.

(For a review of Pinker’s latest book ‘The Better Angels of our Nature’, see page 20)