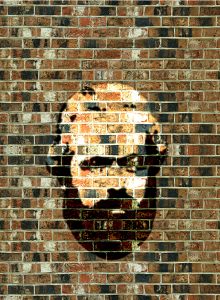 Marx as our non-contemporary

In this new 600-page biography Jonathan Sperber states from the outset that he aims to portray Marx as a 19th century figure rather than as ‘our contemporary.’ Fair enough. It is his basic ideas – his analysis of capitalism, his theory of history, and his insistence on the need to win control of political power to change society – that are still relevant, not the details of his personal life or the political stance he took towards the events of his day.

Marx, who was born in 1818 and died in 1883, was, says Sperber, typical of  certain radical, university-educated Germans of the period (though his father had been born in a German-speaking part of France and his mother was Dutch). He was born and brought up in Trier, a German provincial town on the Moselle, which was in a part of Germany, the left bank of the Rhine, that had been annexed to France until 1815. Following the defeat of Napoleon it was handed over to Prussia.

Prussian rule of the Rhineland was unpopular with its inhabitants. At university in Bonn and Berlin Marx became influenced by radical, atheist followers of Hegel’s philosophy and became one of them. In 1842 he got a job as a journalist and editor of a newspaper in Cologne, the main city in the Rhineland. This was the mouthpiece of the local liberal-minded bourgeoisie, who financed it, and who wanted free trade and a liberal constitution in place of authoritarian rule of Prussia and its Kaiser. When the paper was suppressed by the authorities in 1843 Marx left to live in Paris where he came under the influence of communist ideas (as socialist ideas were then called).

Expelled from France, Marx moved to Brussels, in Belgium, where he was active in exiles’ radical-democratic and communist circles until 1848, a year of popular uprisings all over continental Europe. European radicals and communists had seen it coming and Marx had been delegated to write a manifesto for the Communist League of Germany. This of course was the Communist Manifesto. The Manifesto illustrates the extent to which Marx is and is not our contemporary. The historical part about the origins and development of capitalism and the working class is still relevant, but the practical part about the programme the Communist League would implement if it had come to power at that time and its relations with other parties and movements is of historical interest only.

When the unrest spread to Germany Marx hurried back to Cologne where, again with the financial support of the radical section of the local bourgeoisie, he edited a newspaper. It may seem strange that a socialist should be editing a radical-bourgeois paper putting forward their demands, but this was in accordance with the perspective set out in the Manifesto that ‘the bourgeois revolution in Germany will be but the prelude to an immediately following proletarian revolution.’

Marx insisted on a bourgeois revolution first and fell out with other communists in Cologne who wanted the working class to take a hostile attitude toward the bourgeoisie. Marx had already fallen out in 1846 with another German communist, Wilhelm Weitling, over the same issue. Sperber writes of this incident:

‘Weitling, in his letter to Hess, explained their differences: Marx had insisted that ‘at the moment there can be no talk of the realization of communism; the bourgeoisie must first take control’.’

This is one illustration why Marx is not our contemporary as far as his practical political stances are concerned. He may well have been right that communism was not an immediate possibility in the 1840s and that a period of bourgeois rule (in place of authoritarian dynastic rule) was needed first, but this is not the case today and has not been for at least a century. Even so, at the time, Marx still thought that the period of bourgeois rule would be relatively short.

According to Sperber, Marx’s conception of two revolutions in a relatively short period of time was coloured by what had happened in the French Revolution: beginning as a bourgeois revolution in 1789 with the establishment of a constitutional monarchy, it developed in a more radical way when in 1793 the Jacobins came to power, proclaimed a republic and executed the king. Sperber’s view is not implausible when you consider that the French revolution had taken place only sixty years previously and that there are still people today who look to the Russian Revolution of over ninety years ago as a model.

Things did not turn out that way in Germany and not even the bourgeois revolution took place. Marx had to go into exile again, first in France but there too the reaction had triumphed and then in August 1849 to England, where he lived for the rest of his life. Within a few years a split occurred in the Communist League, again over the issue of whether or not the aim should be an immediate communist insurrection. Marx was against and eventually gave up involvement in exiled Germans’ politics, getting a job as an overseas correspondent of the New York Tribune. In fact, in so far as Marx had a profession it was journalism.

Previously, Sperber points out, Marx had relied on a war against Russia sparking off the bourgeois-democratic revolution that was to be followed by a proletarian one. Now, he looked to an economic crisis to do this. Sperber quotes an amusing anecdote on this (which shows that for some Marx is their contemporary):

‘As Wilhelm Leibknecht remembered, Marx’s constant expectation of an economic crisis became a standing joke among his London friends and associates.’

Even so, when the Crimean war broke out in 1853 Marx was an enthusiastic supporter of the Franco-British-Turkish side. Opposition to Tsarist Russia was common amongst European radicals, so Marx was no exception here. It was a position he maintained for the rest of his life. But it became an obsession for him. He even wrote a book, best forgotten, The Secret Diplomatic History of the Eighteenth Century, which advanced the conspiracy theory that Palmerston was a Russian agent and that his Whig predecessors in the previous century had been too. Much of his other immediate ‘foreign policy’ stances were shaped by this: his support for Polish independence and for Austria in its war with France in Northern Italy in 1859. Sperber argues that towards the end of his life Marx had more sympathy for the Tories than the Liberals because of their anti-Russia stance. Certainly, he wrote an anonymous article for the Daily Telegraph denouncing what he saw as Gladstone’s pro-Russia stance.

Marx was anti-Prussian too throughout his life (which makes the title of an earlier biography of him, The Red Prussian, an absurdity). Prussia for most of Marx’s life was only one of a number of German states and statelets. Sperber points out that many non-Prussian German-speakers wanted a united Germany but not under Prussian dominance. Marx, like many other radical Germans, was one of these, and wanted to see a united German democratic republic. To that extent, he was a German nationalist.

This was the basis of his opposition to Lassalle, an early would-be leader of the German workers’ movement. Lassalle allowed himself to be used by Bismarck against the bourgeoisie who were demanding a liberal constitution. Marx regarded the bourgeoisie as the lesser evil to Bismarck and the Kaiser, denouncing Lassalle’s followers for describing all other classes than the working class as ’one reactionary mass’.

In all these respects, then, Marx was not our contemporary but someone politically active in a period which was quite different from ours today. Socialists today are not called upon to defend the positions taken up by Marx, and we haven’t. In fact we have criticised him for taking sides in wars. His actions in the International Working Men’s Association, on the other hand, where he encouraged trade-unionism and emphasised the need for working-class political action, are more to our liking.

Sperber is sympathetic to Marx the man, defending him against critics who judge his behaviour and attitudes by 20th and 21st century standards, including his bourgeois life-style and alleged anti-semitism (and indeed alleged Jewishness). As an expert in 19th century European and German history Sterber is well-placed to situate Marx in his time. He does this well, to the extent that his book is also a history of the time. His summaries of Marx’s philosophical and political views are accurate enough, though when it comes to his economic views there are a few errors (concerning the rate of profit, particularly its averaging and tendency to fall).

All in all, though, this is a good, scholarly biography of Marx, to be read alongside the other recent one by Francis Wheen.