A place of their own? 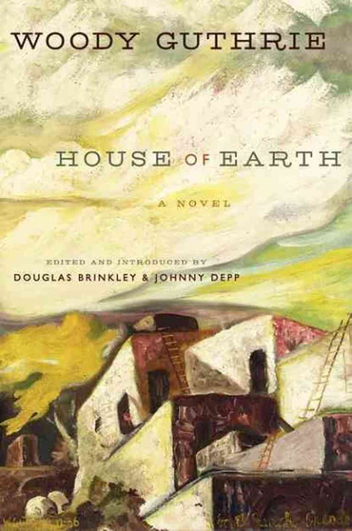 Guthrie, America’s famous working-class troubadour, who died in 1967, presents in this novel, completed in 1947, a realistic picture of a couple struggling to survive in the Texas Panhandle during the Dust Bowl of the 1930s.

Tike and Ella May Hamlin feel frustrated with the inadequacies of their wooden shack and naturally yearn for something better. Tike buys a DIY government pamphlet on adobe houses made from the earth itself. Because it would be warm in winter, cool in summer, wind-proof, fire-proof and more importantly, dust-proof, Tike decides to make one himself. Since the Hamlins don’t own the land they live on, Tike’s efforts inevitably bring them into conflict with the powers-that-be.

What is clearly obvious is the extent to which Guthrie was influenced by the eroticism of D.H. Lawrence (in fact, most of the first quarter of the book is about the Hamlins having sex), and the social realism of his friend, John Steinbeck.

This reviewer would certainly recommend the book, but primarily because of the 34-page introduction by Douglas Brinkley and Johnny Depp, which contains an excellent description of the Dust Bowl and its effects. They destroy the myth that soil erosion was caused by the poor farmers not replenishing it: ‘…it’s that those with power, especially Big Banks, Big Lumber, Big Agriculture, should be chastised as repugnant robber barons and rejected by wage earners.’

Brinkley and Depp mention several interesting tit-bits, such as the social activism of actor Eddie Albert, a friend of Guthrie’s and that, when he wrote ‘This Land is Your Land,’ it was a rebuttal to ‘God Bless America.’ They contend that Guthrie could not get this book published at its completion in 1947, owing to the political climate of the times, which they called ‘Trumanism’ and that the book had been largely forgotten during the intervening years.

It is to be regretted that Guthrie was enamoured of the so-called Communist Party and that some of his work was patriotic. In ‘The Big Grand Coulee Dam,’ he wrote, ‘Now roars a flying fortress, for to fight for Uncle Sam.’

However, in his introduction he hits the nail on the head, ‘Life’s pretty tough …you’re lucky if you live through it.’ 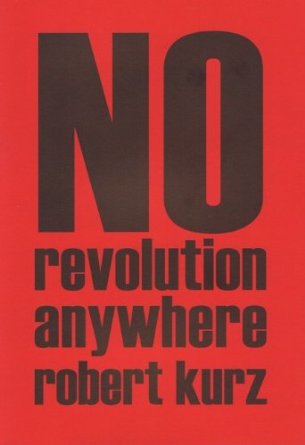 According to Robert Kurz we are in the final days of the capitalist system. The ‘third industrial revolution’, the rise of microelectronics, has led to an irreversible restructuring of the production process, invested capital will soon no longer be able to reproduce itself since the human labour-power that is the source of surplus value and profit no longer plays a central role in the manufacturing process. For the past twenty years growth has been sustained not through real accumulation but through debt and financial speculation, but as the crisis is no longer confined to certain regions or sectors we are now witnessing the bubble bursting on a global scale. Unlike previous worldwide economic crisis this one cannot be overcome because capital has now reached its pinnacle. Crises of the 19th century where overcome because industrial development was able to spread into new areas.

The great depression of the 1930s occurred at a higher level of technological  development but was overcome through the development of Taylorist production methods and Keynesian state regulation. However this time there is no get out for the system, there are no further avenues for the expansion of value extraction. So what validity is there to these claims and was Kurz (who passed away in mid-2012) really ‘the most advanced political and political economic thinker in the capitalist world in this age’ as the publishers of this pamphlet would have us believe?

Whilst we would agree that the ultimate source of all profit is the productive surplus labour of the worker – wage labourers produce a value greater than that they receive back as wages or salaries – and that if production processes reached such a level that the part played by labour was close to zero there would be no source for the further accumulation of value and the era of capitalism would be over. The question remains, have we really reached this point or are we likely to in the not too astronomically distant future? The answer to both these questions is a firm ‘no’. Whilst technology is used in more and more situations (and sometimes pulled back once labour becomes cheaper to use – think hand car washes) we are still a long way from the total elimination of labour from production.

A crisis has the effect of scorching the earth ready for a fresh round of capital growth. Many enterprises fall by the wayside but those that do survive are able to purchase the productive capital assets of their former competitors at knock down prices thus helping fuel a recovery in the rate of profit. This devaluing of capital, one of the factors that Marx saw as counteracting the fall in the general rate of profit, seems to be disregarded by Kurz.

Robotic automation and information technology decrease the dependency of production on labour, as has the introduction of any new technology throughout the history of capitalism, whilst also cheapening the production of both capital and consumer goods. In other words, it takes less time to produce the stuff that is needed for the subsistence of the worker and also less time to manufacture the machinery that makes the stuff. A fall in the total mass of labour therefore does not necessarily lead to a fall in the general rate of  profit. This weakens Kurz’s claims regarding the irreversibility of the present crisis.

The rest of the pamphlet is concerned with criticising various types of reformist activism, much of which we would agree with. What we would not agree with is Kurz’s apparent rejection of the class struggle. For him the working class cannot be an agent for revolutionary change because ‘labour’ is a category of capitalist social relations, labour struggles are just a part of the development of capitalism. For us this is a half-truth, so long as the working class only struggles for petty changes to the terms of exploitation the system as a whole will continue to function. That is why it is necessary to organise politically for the sole purpose of transforming capitalism into socialism. The working class, which comprises of the vast majority of people, will be the agent for this change since it is this class alone that produces and reproduces the material conditions of society.