Where Do My Values Come From? – And How To Attain Social Sustainability. By Thomas M.V. Hallatt & Dale M.R. Hallatt. Kindle eBook. 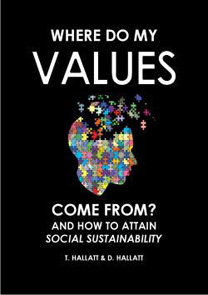 Instead of chasing the chimerical ‘values’ that may lurk inside the heads of private individuals, the focus of this book is human behaviour as it is shaped by and shapes the cultural referents that make up a ‘value system’. The authors undertake their investigation using an interdisciplinary approach with case studies to illustrate their argument. The focus is on four fields from the human sciences: genetics, neuroscience, physiology and environmental psychology.

Beginning with an examination of the genetic basis of behaviour, the authors correctly state that there is no evidence that genes can bypass environmental influences and directly cause a particular behaviour. However, as they point out, that is not to claim that we are born as ‘blank states’, as we are born with certain genetic predispositions, but it is the environment that determines how and in what way these will play out.

It is our genetic inheritance that gives us the neuronal equipment that enables us to experience empathy, because of the survival value of becoming a social species. It is also due to our evolved history that we have brains that are highly malleable: changes in the environment determine which propensities are strengthened and which are weakened. With this is mind it makes no sense to speak of a fixed human nature which is outside or above environmental influence. Any long-term observed patterns of human behaviour must also be squared against the fact that the problem of scarcity in the environment has never been resolved and that any changes in the environment in the future will affect behaviour. ‘We make the environment, the environment makes us’.

The penultimate chapter is largely taken up with proposals for a reform of education methods inspired by the observations of the preceding chapters. All of these could be incorporated into present system; after all science and technological innovation do require a stream of new critical thinkers. Though, under capitalism the purpose of education is not to raise healthy, free-thinking individuals but only to provide sellers of labour-power capable of operating the technological means of production. The authors do raise this point in a brief passage, but its full implications are not fully developed.

So here is the fly in the soup, the whole book is based on an analysis of culture but from the standpoint of the individual, the role of structural factors in limiting and steering behaviour is neglected: ‘society is like one big experiment, whereby the dependent variable is the behaviour emitted by a person and the independent variable is the environment that is manipulated and changed in various ways to bring out the behaviours in people’. But the fact that the control of the productive factors that shape the economic and socio-political environment is outside the reach of the majority and that the owning minority are compelled to comply to the blind logic of capital accumulation is somewhat missing from the analysis. The interdisciplinary approach that is adopted fails, as it fails to include the study of the laws of historical and economic change.

This book can be thought of as an updated version of B.F. Skinner’s Freedom and Dignity, incorporating the latest developments in the sciences. If Marx can be said to be history’s number one victim of glib criticism and misrepresentation, then perhaps Skinner is a close contender for the number two spot. Both Marx and Skinner developed coherently materialist theories of change, Marx in the area of social change with what has become known as historical materialism, and Skinner in the field of individual behavioural change with what he called behaviorology or radical behaviourism. These two concepts could be seen as complementing each other to make a coherent whole, with Marx providing analysis at the macro level and Skinner at the micro; though Skinner himself never advanced such a view (more often than not he got Marx wrong) and this claim is sure to bring resistance from Marxists. However, with that thought in mind I shall recall the words of Engels writing in the Anti-Dühring: ‘Freedom does not consist in any dreamt-of independence from natural laws, but in the knowledge of these laws, and in the possibility this gives of systematically making them work towards definite ends’; there is no reason to exclude the laws of behaviour from our enquiry. 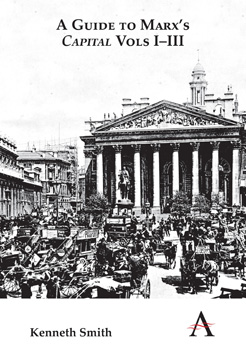 Readers of Volume I of Karl Marx’s Capital may have found the early theoretical chapters difficult. In a letter to Kugelmann (30 November 1867) Marx advises him that the following chapters were the most immediately readable: ‘Working Day’ (Vol. I, Part III), ‘Co-operation’ and ‘The Division of Labour and Machinery’ (Part IV) and ‘Primitive Accumulation’ (Part VI). In a letter to Wollmann (19 March 1877) Marx explained why he did not follow his own advice and start the book with the descriptive historical material: ‘In the scientific exposition the arrangement is prescribed for the author, although some other arrangement might often be more convenient and more appropriate for the reader’.

Building on Marx’s advice to Kugelmann, Kenneth Smith’s guide presents the three volumes of Capital in a different order of reading to that in which they were published, as a more user-friendly way of reading Marx’s work. However, in the course of his exposition Smith argues that for most of the twentieth century the full development of capitalism has been undermined by the existence of a non-capitalist ‘third world’ which has caused capitalism to take on the form of a highly developed mercantile system. Mercantilism, as Smith points out, is basically ‘buying cheap in order to sell dear’, rather than the accumulation of capital in industrial enterprises. But while some sellers can profit in this way, the seller’s gain is exactly offset by the buyer’s loss. The total amount of value in existence remains unchanged. If all sell dear then they cannot buy cheap and all lose as buyers exactly what they gain as sellers. Exchange, in Smith’s interpretation, is a zero-sum game. There has undoubtedly been a growth of speculative finance, but without the surplus value provided by the accumulation of capital there would have been no growth of ‘mercantile-capital’.

Smith also repeats a few myths, such as the claim that capitalism for Marx was characterised by increasing ‘immiseration’ of the working class. Despite the usual use of quotation marks, Marx never used that term. Central to the notion of ‘immiseration’ is increasing poverty of the working class, but this is based on a misunderstanding of Marx’s discussion of paupers in mid-nineteenth century Britain. The increasing pauperism Marx mentions in Chapter 25 of Volume I refers to the then ‘lowest sediment’ of society (the unemployed, the ragged, the sick, the old, the widows and orphans), not the entire working class. This issue is important because many commentators cite this misunderstanding as proof that Marx was completely wrong. For instance, the influential economist Paul Samuelson has asserted that since ‘the immiseration of the working class’ (using quotation marks as though he is quoting Marx) ‘simply never took place’ Capital can be disregarded (‘Marxian Economics as Economics’, American Economic Review, Vol. 57, 1967). Capital still demands attention, but Smith’s guide cannot be recommended. 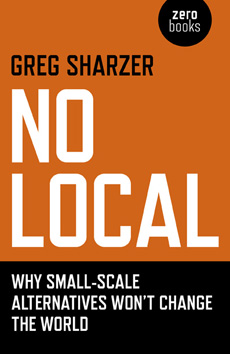 According to Sharzer there are two kinds of ‘localists’–those who openly favour small-scale capitalism (small businesses, ethical consumption, community gardening) and those who see small-scale alternative economic arrangements (cooperatives, LETS schemes, local currencies, credit unions) as a way of undermining capitalism and progressing towards a post-capitalist society. His argument is that ‘while small-scale alternatives can survive and occasionally flourish, they won’t build a new, equitable society. Their prospects are severely limited by the power of capital.’They may be ways for some people to survive under capitalism, but are no threat to it.

Pro-market localists share the assumption of mainstream economics that capitalism is a system geared to meeting paying consumer demand whereas in fact it is geared to making profits and accumulating them as more capital. Capitalist firms are driven by market forces to accumulate as, to stay in the race, they must continually invest in reducing their costs of production. Small firms are not exempt from this pressure. Neither are the cooperatives favoured by anti-market localists. Both kinds of localist are ‘faced with the impalatable conclusion that small alternatives won’t outcompete or destroy capitalism.’Rather, ‘capital’s inherent drives to profit expose local alternatives to ruthless market discipline.’

Ethical consumption can’t be effective because most people can’t afford it. LETS schemes and local currencies are less convenient than ordinary money and only survive because (and as long as) some activists are prepared to put in the extra work to keep them going. Community gardening in towns has to compete with other, rent-bringing uses of the land. If national governments have been unable to delink their economies from the world market how can local communities be expected to?

Sharzer questions both the feasibility and the desirability of localist schemes to maximise local autarky:

‘Consumer goods, let alone mass public transit systems and high-speed internet, are impossible without a highly-developed capacity to source materials, process them into finished products and distribute them across large distances. For example, making solar panels involves advanced machinery and massive financing that would be impossible to muster locally. (…) Even localism’s direct democracy needs high-tech to reduce people’s workload and allow them time to participate.’

Sharzer, then, makes a powerful case as to ‘why small-scale alternatives won’t change the world.’This, however, is confined to the opening chapters. After them it’s downhill all the way. A whole chapter is devoted to trying to show that localism is the ideology of the ‘petite (sic) bourgeois’as if this was a separate class (and as if he wouldn’t fall into it himself). Localism could be described as ‘petty bourgeois’but only in the economic sense of wanting to create an economy of independent artisans and small (‘petty’) enterprises. Rock bottom is reached when he praises Lenin ‘whose movement inspired millions to take up arms for socialism’, i.e., for state capitalism, his own unviable ‘alternative’.  This means that unfortunately his criticisms are not going to be taken so seriously by anti-market localists.