When a Billion Chinese Jump by Jonathan Watts, Faber and Faber, £9.99 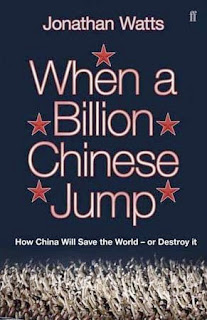 Don’t judge a book by its cover – or by its title. This is actually a well-researched investigation of the environmental crisis in China based on visits to many different parts of the country.

Western companies have outsourced a great deal of manufacturing to China, from iPods to shoes and toys. In addition, a lot of waste from production in the West is sent to China: ‘It was cheaper to send a container of waste from London to Guangdong on an otherwise empty ship than it was to truck it to Manchester.’Computers and mobile phones (e-garbage) are transported to China, and dangerous chemicals extracted from them.

One town, Qiaotouin Zhejiang province, has become the world centre of zip and button production. Making zips islabour-intensive and requires relatively little by way of capital investment, but, at least when practiced without proper environmental controls, it is highly polluting, and on some days flakes of white plastic fill the Qiaotou air.

It is fairly well known that working as a coal miner in China is extremely dangerous, with a death rate pertonnemined thirty times that in the US. This is partly because the economy depends greatly on coal for almost 70 percent of its energy needs. Hydroelectric plants may be cleaner in theory, but they tend to attract dirty factories in their vicinity and coal-fired power stations, too, which provide electricity in the dry season, something dams cannot do. President Hu Jintao is a hydro engineer, and the company he used to work for is now the world’s biggest dam-building corporation.

It is not just a matter of dirty industries being moved from the West to Japan and Taiwan and then to China, for within China they are increasingly being shifted from the coastal areas to more remote inland provinces where environmental regulations are even laxer and local politicians are keen on ‘development’at almost any cost.

It’s little wonder that even other capitalist countries are becoming concerned at China’s record on the environment: it contributes massively to polluting the globe and enables Chinese capitalists to undercut many Western companies.

I Am, Therefore I Think 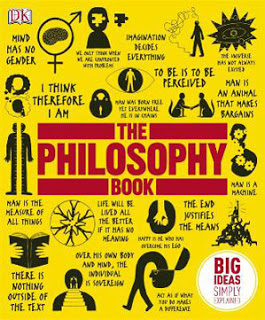 This is a compendium, in chronological order, of philosophy throughout the ages and the men and women who were the key figures in shaping philosophical developments and movements. In hardback A4 size, it is packed with graphical representations, images and quotes in an attempt to make sometimes difficult issues more accessible. It succeeds in this well enough, as it is both highly readable and thought-provoking. If you’veever wondered about the ways in which Aristotle developed the thought of Plato, or of the main points of difference between empiricists like Locke and Hume, then this is the book for you.

Such anendeavouris always going to be contentious though. What is written about each of the philosophers under consideration and the choice of who should be included and who shouldn’t in such a book, are the major issues here, though it is probably true to say that it has carried it off better than most. Baudrillard is mysteriously absent and perhaps the biggest omission (especially when other postmodern and post-structuralist thinkers get their own entries –Lyotard, Foucault, Derrida, etc).

The entry on Marx is always likely to be a particular bone of contention. It attempts to explain his ideas without too much jargon, and while it neglects to mention the Materialist Conception of History and the theory of surplus value by name, they are there by implication.

While we’ve seen worse, the section explaining how Marx envisaged a socialist revolution occurring is certainly not as clear as it might be. Writing of socialism, it says ‘Marx thought this perfect society would not require government, but only administration, and this would be carried out by the leaders of the revolution: the communist ‘party’(by which he means those who adhered to the cause rather than any specific organization)’. While the book goes on to explain that the ‘dictatorship of the proletariat’was envisaged by Marx as being a transitory period before political power as currently understood and the state disappears, this passage is open to misinterpretation.

Marx did not regard socialism or communism (he used the words interchangeably) as likely to be a ‘perfect society’and he certainly did not regard a socialist society as being one where administration would be carried out by anything other than society as a whole. Indeed, for Marx the key task of the working class of wage and salary earners was to win ‘the battle of democracy’. This was to capture control of the political machinery of society for the majority so that production could be socialized. Then the coercive powers of the state could be dismantled as a consequence of the abolition of class society. The idea that the dictatorship of the proletariat was a new kind of state dominated by revolutionary ‘leaders’was primarily to be found in Lenin and his followers, rather than in Marx.

Otherwise, this is a useful book in the main, a good addition to any library of political thought, and written in an open, accessible style that is to be commended. 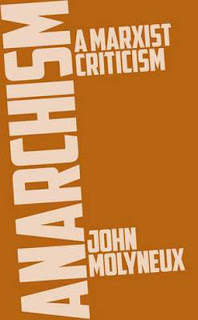 John Molyneux is the SWPer who wrote their 1987 pamphlet on The Future Socialist Society in which he stated that the first thing that would happen on the establishment of such a society would be that wages would be increased and also that engineers would be forced, if they refused to co-operate, to work with a gun at their head. Obviously, he was talking about a future state capitalist society.

His earlier pamphlet is still listed as ‘further reading’ in his new, 80-page booklet in which he criticises anarchists from an SWP viewpoint. His basic argument is that ‘through its rejection of parties in general and the Leninist party in particular anarchism merely contributes to the organisational and political disarmament of the working class’ (p. 29).

We can agree with his criticism of anarchists for their refusal to participate in elections and for their theory that it is the existence of the state rather than of capitalism that is the cause of working-class problems. But that’s about it. On the other hand, we can agree with the anarchist emphasis on the need to establish a stateless society and with their criticism of Leninism as the theory and practice of a would-be new ruling class.

Having said this – and Molyneux notes this too – some anarchists are themselves in effect vanguardists in that they seek as an ‘active minority’ to lead the working class in an assault on capitalism and the state. Molyneux appeals to such anarchists to be consistent and join a properly-structured leadership organisation.

Our appeal is to those anarchists who are committed to the concept of a self-organised majority revolution without leaders to be consistent and abandon their dogmatic opposition to the working class forming a political party to contest elections and eventually win control of political power, not to form a government but to immediately abolish capitalism and usher in the classless, stateless, moneyless, wageless society that real socialism will be.