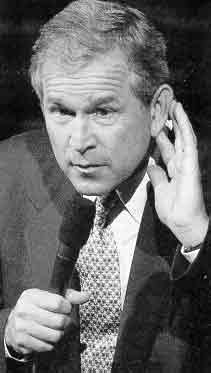 The Bolshevik seizure of power in Russia put the clock back in the sense that before the First World War the radical wing of the international Social Democratic movement was making progress towards positions similar to those of the Socialist Party in Britain but, after 1917, most of those involved were side-tracked into supporting the Bolsheviks. For many this was only a temporary dalliance, but the damage had been done. Crucially, when they were to break with the Bolshevik regime they did not entirely break with the Bolsheviks' ideas, regarding themselves as “leftwing communists” as they called themselves; in particular they accepted that the Russian revolution had been some sort of “working-class” revolution which had gone wrong but which still had some positive lessons for workers in the rest of Europe.

A recent pamphlet by Antagonism Press (c/o BM Makhno, London, WC1N 3XX), Bordiga versus Pannekoek, discusses and contrasts the later views of two pre-1914 Social Democratic radicals who had initially supported the Bolsheviks but fell out with them in the 1920s because they felt they had gone off the rails.

Anton Pannekoek (1873-1960) is the more well-known in the English-speaking world, his pamphlet Marxism and Darwinism having been translated and published by Charles H. Kerr and Co before the First World War. He went on to become one of the world's leading astronomers and as such is the author of a History of Astronomy which applies Marx's materialist conception of history to the subject. His analysis of the failure of the Bolsheviks was that they had emasculated the soviets (or workers councils, soviet is just the Russian word for council) and instituted the rule of their party; which resulted in them becoming a new ruling class on the basis of a state capitalism. He later linked this with Lenin's crude materialism in Lenin as Philosopher.

During the Second World War, Pannekoek, who remained in Holland, used the time to write down his views in detail, which were published after as Workers Councils. Pannekoek was the best-known representative of “council communism”, or the view that the workers' revolution (and the transition from capitalism to socialism/communism) should be carried out by workers democratically-organised in workers councils. Hence he is known in left-communist circles as a “councilist”.

Amadeo Bordiga (1889-1970) was the first leader of the Italian Communist Party when it was set up in 1921. His analysis of what went wrong in Russia was quite different from Pannekoek's. He had no criticism of the concept of the rule, even the iron dictatorship, of the party; his complaint was only that the Bolshevik party had ceased to be a genuine communist party. Since he clearly understood that socialism was a classless, stateless, moneyless, wageless society he never made the mistake of thinking that Russia had ever ceased to be capitalist. According to him, what happened when the Bolshevik party ceased to be a communist party (about 1926 with the eviction of Trotsky, whom he supported) was that Lenin's policy of state capitalism as “the development of capitalism under the control of the proletarian state” became simply the development of capitalism.

Bordiga believed, even more strongly than Lenin, that within capitalism a majority of the working class would never be able to develop a socialist consciousness; only a minority could, whose duty it was to lead the ignorant majority to socialism. Unlike Lenin who at least paid lipservice to the idea, Bordiga had nothing but contempt for the whole principle of democracy, denouncing it in the same terms as those Italian philosophers who justified Mussolini's rule (who, like Bordiga, had been a prominent figure in the leftwing of the pre-war Italian Socialist Party), i. e. as a mere counting of noses, as seeking the irrelevant opinion of the ill-informed and the ignorant, etc. Bordiga frankly advocated the dictatorship of an enlightened minority organised as a strictly centralised and disciplined vanguard party.

Needless to say, those in Pannekoek's tradition and those in Bordiga's have a mutual contempt for each other, the former regarding the latter as partisans of a new state capitalism and the latter regarding the former as muddled democrats and majoritarians standing for workers' self-management of capitalism. (Actually, there's a fair amount of truth in both criticisms).

Programme versus spontaneity?
Antagonism Press's 44-page booklet reproduces a short article by each of them, with their own 30-page introduction, on the question of “party and class”, i. e. of whether the workers' revolution should be carried out by a party or by the whole class, or, from another angle, whether revolutionaries, when they are a minority as at present, should put forward a “programme” for adoption by the working class or whether they should rely on the working class “spontaneously” coming to act in its own interests. Antangonism regard this as a false opposition. So do we, though for different reasons (why can't a revolutionary minority organise today around a programme for adoption by the whole class tomorrow?)

But what were the arguments of the two protagonists? Pannekoek takes up an anti-parliamentary, anti-elections position, arguing that workers should ignore the state, elections and parliament and organise democratically in workers' councils based on their workplaces to carry out the revolution; basically, then, a syndicalist position. He rejects the idea both of a parliamentary party and of a vanguard party, seeing these as leadership organisations representing an embryonic new ruling class. However, he is not against the idea of a workers party, or rather of a number of workers parties as groups of “persons with the same fundamental conceptions [who] unite for the discussion of practical steps and seek clarification through discussions and propagandise their conclusions”; these would be “parties in an entirely different sense from those of today”; they would be “organs of the self-enlightenment of the working class by means of which the workers find their way to freedom”, “means of propaganda and enlightenment”. This is virtually the sense in which we see ourselves as a party at the present time.

Bordiga denounced such views as a variety of syndicalism and defended the idea of a minority, vanguard party which had to be prepared to ignore the ideas and wishes of the majority and push forward to try to seize power in an armed insurrection on behalf of their ignorant fellow-workers. So, Bordiga was not just anti-parliamentary, he was anti-democracy, an “anti-democratist” as might be said.

Bordiga's argument here is so outlandish as to require recording in more detail lest we be accused of exaggerating:

“. . . never as a rule will the exploited, the starved and the underfed be able to convince themselves of the necessity of overthrowing the well-fed satiated exploiter laden with every resource and capacity. This can only be the exception. Bourgeois electoral democracy seeks the consultation of the masses, for it knows that the response of the majority will always be favourable to the privileged class and will readily delegate to that class the right to govern and to perpetuate exploitation . . . The bourgeoisie governs with the majority, not only of all the citizens, but also of the workers taken alone. Therefore if the party called on the whole proletarian mass to judge the actions and initiatives of which the party alone has the responsibility, it would tie itself to a verdict that would almost certainly be favourable to the bourgeoisie . . . The concept of the proletariat's right to command its own class action is only an abstraction devoid of any Marxist sense.”

Against anti-democratism
Antagonism tries to combine both points of view, speaking of the need for a party in the broadest sense (similar to Pannekoek's idea of a variety of parties) while at the same time attacking democracy as a principle and defending minority political action (as opposed to minority propaganda and agitation). The impression comes through, however, that they are more favourable to Bordiga. Thus, they write:

When they refer to Bordiga's “tactical failings (e.g. on the question of unions)” and “his strengths (such as the critique of democracy)” they get it the wrong way round. From our point of view, Bordiga was right to say that workers should organise in unions (but wrong to say that his vanguard party should seek to capture and control them) and wrong about democracy.

Political democracy is not, or is not just, a trick whereby the capitalist class get the working class to endorse their rule; it is a potential instrument that the working class can turn into a weapon to use in ending capitalism and class rule. Democracy and majority decision-making must be the basic principle of both the movement to establish socialism and of socialist society itself. If a majority of workers really were as down-trodden and incapable of understanding socialism as Bordiga held, then socialism would be impossible since, by its very nature as a society based on voluntary cooperation, it can only come into being and work with the conscious consent and participation of the majority. Socialism just could not be imposed from above by an elite as envisaged by Bordiga. Democracy is not the mere counting of noses; it is the only principle of organisation compatible with a classless society.

So, if we were forced to choose between Bordiga and Pannekoek (which of course we're not) we would have to prefer Pannekoek with all his faults. He at least recognised that the working class must organise itself democratically, both to end capitalism and to run future society. His mistake was in being inconsistent in not realising that the principles of democratic organisation he recommended for his workers councils (mandated and revocable delegates) could equally applied on the political field, to the workers self-organised politically for socialism, i. e. to the workers' socialist party in the full sense.

But we wouldn't want to be regarded as “council communists”. We are commending Pannekoek's “democratism” not his “councilism”. Many if not most present-day “council communists” have yet to attain the same degree of understanding as Pannekoek. They really do stand for what Bordiga denounced them for: workers self-management of a market economy, i. e. for workers self-exploitation, and they are guilty (as was Pannekoek) of the charge of syndicalism that Bordiga levelled at them. On the other hand, we wouldn't want to touch Bordiga's super-Leninism with a barge-pole, even though he – and those in his tradition – have generally been much clearer on the non-monetary nature of socialism.