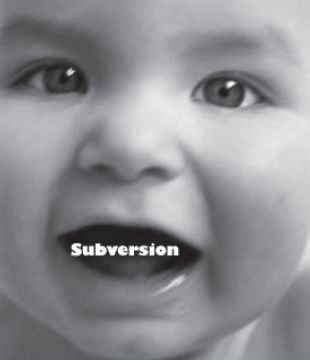 Today’s education system is presented as preparation for a ‘career’ ignoring the political conditioning it also involves.

Our species is unique in terms of the length of our childhood. Most believe this to be so because of the advantages of learning which can be passed on culturally. In the natural environment as opposed to the cultural human one, we would not progress very far if we had to learn through personal experience how to create the technological world in which we live.

Vital in this process is an efficient way in which to communicate the lessons of the past – language. As a child grows it exhibits a skill for language that still amazes those who study and analyse the process. Capitalism depends on an authoritarian social structure that seeks to justify and protect the minority who currently have social power. It is not surprising to socialists, then, that these values are also communicated within the process of the ‘education’ of the young. Together with the more obvious forms of coercion: continual testing to destroy communal feelings by presenting others as competition; enforcement of uniformity in appearance to suppress individuality; living by the clock to impose the illusion of the normality of life as a wage slave; the presentation of ‘careers’ such as in the military or banking as being acceptable rather than lives celebrating murder or the exploitation of their fellow man – there is also a far more powerful and subversive use of language that this article will seek to illustrate.

Before continuing this analysis we must mention the other type of education that exists within capitalist societies – what, in this country are called public schools. They possess, unsurprisingly, a very different ethos than that described above. For the children of the elite who are not taught at home, these institutions exist to prepare their pupils for university where they learn the techniques needed for the City, Westminster, Inns of Court or any of the other institutions dedicated to the suppression and exploitation of the majority class. That this is self-evident to socialists but is seen as an expression of envy and class ‘hatred’ by the Establishment and even by many members of the working class itself is testament to the power of education and its social values (on both sides).

To the powerful, of course, a socialist education is political manipulation based on propaganda. That to many the education system is seen as preparation for a ‘career’ rather than political conditioning is evidence of the subversion of the very language used to describe the world. In an effort to present the current social structure the language used presents it as the only possible world and any alternative as either naïve or dangerous fantasy. Why else would it be considered reasonable to debate the existence of a supernatural entity that created the universe (God) but ridiculous to explore the possibility of a stateless and moneyless rational society?

Speaking of money – a great way to start an analysis of the subversion of language in this society. How many times have we heard that money can give us ‘independence’ and ‘choice’? For instance it is said that it gives us the ability to travel. Apparently we don’t need the labour and talent that produces cars, boats, trains and planes. What need do we have of shoes, food, clothes and maps to get to our destination? The idea that money can create these things is one of the great illusions implicit within our language.

All the coloured paper and shiny coins in the world will not get you across water unless someone builds you a boat – and not just someone but hundreds and even thousands are involved in producing the possibility of travel. Money represents an involuntary contract that involves an interdependence of, sometimes, global labour – the complete opposite of ‘independence’. And how many times have you heard it said that King Henry built this castle and Lord Muck built that stately home? No designers, masons, architects or carpenters were apparently involved. For many it is money that creates our world and not the interdependent labour of us all. What is this if not a political subversion of language?

Perhaps the ultimate triumph of this kind of linguistic perversion is the contemporary view of what constitutes ‘politics’ itself. We are told that we live in a ‘democracy’ in which we are free to choose what kind of society we live in. But the most important of all political decisions – what the community produces – is never subjected to any kind of democratic process. Instead the city brokers merely decide which commodities will deliver the greatest or most reliable profits. In other words these decisions are made by a tiny elite minority in the interests of an even smaller minority. In capitalist society the only ‘choice’ voters have is who will decide how taxes are distributed to create and maintain the state infrastructure – armies, police, road, rail, law, health and social security system and, of course, the education system.

Even this choice is only ‘given’ to the people once every five years between two political parties with no important differences in ideology. And this is political democracy? Apart from its obvious farcical and unjust nature it makes politics so boring. It’s not just cynicism that turns people off from this ‘media politics’ it is that it’s been sucked dry of meaning and now only represents platitudes and repetitious clichés. But this is the way our rulers like it. Their media continues to produce meaningless garbage about political celebrities (leaders) and evil foreigners or unions, knowing that while their readers are obsessed with such trivia nothing will ever change. This is the primary aim of our education system – the inculcation of language without political meaning.

For over one hundred years the task of the socialist party has been to counter the propaganda of the status quo. Not just in ideological terms but in trying to restore meaning to political language. Even our opponents have to admit that the meaning they give to words like socialism, democracy, human nature, economics, history and politics itself is very different from ours.

Although socialists grow weary of redefining the very language of politics for every individual new to our perspective it is quite possible that when we find we do not have to do so, then change is close. For although the ruling class seek to own the language as they own everything else, the needs of a highly technical means of production necessitate a higher and more flexible education system. Their wealth may give them power but it cannot give them intelligence or talent – for that they need us.

It may be that the days of a narrow education to fit the needs of a narrow division of labour are past. More of us are not able to tolerate the public school, university ‘experts’ pontificating on politics any more. They must take responsibility for the dire state of the world. The majority are taking possession of knowledge and do not need politicians, priests, doctors, scientists, prime ministers or any other type of ‘leader’ to make political decisions on our behalf.