Have you ever wondered what became of the Communist Party after the collapse of state capitalism in Russia and East Europe? This short pamphlet will tell you.

The official Communist Party – or Communist Party of Great Britain, to give its full name, by which it was only known on formal occasions and in an international context – in effect dissolved itself in 1991 when it changed its name to Democratic Left and became a trendy left green-feminist-gay pressure group. Its previous policies, however, were kept alive by the Communist Party of Britain (CPB) which broke away in 1988 and which still publishes the Morning Star. In Scotland another group of ex-CPers set up the Communist Party of Scotland in 1992. An earlier breakaway in 1977, the New Communist Party, still exists but has become, according to Mosbacher. little more than a group denying the atrocities that occurred under Stalin in the same irrational way as Nazis deny those that occurred under Hitler.

Immediately after the CPGB changed its name to Democratic Left in December 1991 this name was taken up by a group which had no historical, political or, for that matter, legal right to do so. The organisation that goes under this name, and publishes the Weekly Worker, is in fact a super-Leninist sect, apparently originating as a splinter from the Turkish Communist Party, which employs the same unscrupulous tactics of infiltrating other organisations (at the moment Scargill’s SLP) as the Trotskyists; indeed, according to Mosbacher, it does have Trotskyist members.

Mosbacher, surprisingly perhaps for a supporter of the mad free market ideas of the Libertarian Alliance, has produced a useful and well-informed little pamphlet. He gets our position right too when he states:

“The Socialist Party of Great Britain takes the view that the Soviet Union never was socialist in the first place. This has been its position since 191 7. In a way this party goes further than any other on the revolutionary left in criticising the Soviet Union, in that it views Leninist principles and modes of organisation as non-socialist, indeed anti-socialist”.

One consequence of the change from state capitalism to a mix of state and private ownership that has been taking place in China over the last few years has been an increase in decentralisation. There is now more political and economic decision-making at the provincial level—but since many provinces have a population of over 40 million, this means it is still a long way from local policy-making. It is the aim of this book to study some of the differences in political and economic impact of the reforms in various parts of China. Through the thicket of statistics and acronyms, some interesting points do emerge.

Provinces in the north have generally received less in the way of investment from abroad than southern provinces which are nearer to overseas markets. Liaoning, for instance, has a lot of state-owned heavy industry which is inefficient and has large debts. Some such factories have been made bankrupt, and since unemployment pay and pensions are basically provided by enterprises rather than the state, past and present workers inevitably suffer. In other state-owned factories which provide accommodation for workers, flats went unheated in the winter because the companies could not afford to buy coal. No wonder there were some (small-scale) demonstrations by workers. But the coastal city of Dalian has become a centre for Japanese investment: it is only four hours from Tokyo by plane, and offers cheap and well-qualified labour—some companies like Canon and Toshiba have set up factories there.

Shanghai, the largest city in China, in effect has provincial status on its own. Between 1990 and 1994, over half a million people there lost their jobs in state companies through redundancy. A kind of unemployment benefit has been introduced, but it is not enough to support a person. So inequality has increased noticeably, with the other end of the scale perhaps being marked by the one percent of Shanghai’s population who have mobile phones. Interestingly, though, there are not yet enough wealthy consumers there to support up-market department stores.

But no doubt, as China’s private capitalist class expands, there will soon be a Harrods to satisfy their whims. 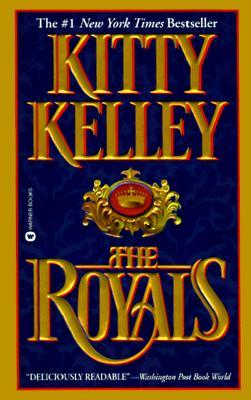 There is a succinct quote in Kelley’s new work which she attributes to a reporter writing on “The Firm” after Fergie’s arrival on the scene: “Covering the royal family is like riding down a sewer in a glass bottomed boat.” Indeed, sewage is all any decent study of the royal family would uncover and if the interested individual wishes to have their royal prejudices confirmed, this is the book to read.

In 500 pages, Kelley traces the royals from the timely name-change in 1917 (from Saxe-Coburg-Gotha to Windsor) to the aftermath of the Charles-Diana split-up, en route pulling no punches in showing them to be the decrepit and outmoded institution they always have been and lambasting, without compunction, all of the main royal protagonists this century.

Recounting tales from emotional starvation to buggery and other sexual excesses, and questioning much royal parentage, Kelley shows herself to be as indifferent to the feelings of the royals as the latter are to their kin and their subjects. What Kelley exposes is a family no more fit to “rule” than the mentally retarded offspring they have surreptitiously had hidden from public view; a family obsessed with wealth, sex and privilege who will go to any lengths to maintain the same, from secret deals with Hitler to phone-tapping and media prosecutions. A family peopled by the racialist, the arrogant, the conceited, the pompous, the ill-mannered, sad and pathetic.

Humour abounds, from Lady Rothchild’s claim that “we need to protect the royals from themselves”, to a quote from Bernard Shaw describing them as “ruling by hallucination”. And Kelley herself brings a smile to our lips, for instance, when she asserts that (at the time of the Charles-Diana wedding) “Britons needed to believe in the fairy tale to distance themselves from the awful reality of inner-city riots, IRA bombings and widespread unemployment”.

Critics of Kelley’s book, and they are legion, have suggested much of its content is hearsay and unsubstantiated but if only a fraction of what she claims were to be true then The Firm has a difficult time ahead.

The book is yet to be published this side of the Atlantic – most publishers fearing an expensive law suit – and it has received hardly any reviews. For the anti-royalist, this book is a treasure-trove. For the socialist, just another chapter in our Grand Remonstrance against capitalism. Though The Royals stands as an indictment of monarchy, their end will be no real cause for celebration. “A few less parasites on our backs” means simply that, altering not one iota the fact that we would continue to exist in a republic as wage slaves