CD Rom Review: The World in your hand

Technology — don’t you just love it? Whatever, this is the baby that’s currently 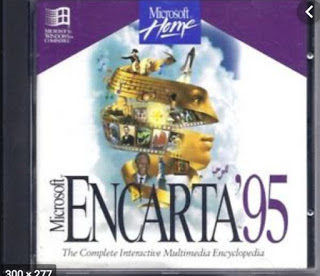 putting thousands of encyclopedia salesmen out of a job. A compact disc packed with 26,000 articles, it may not look as glorious as those bound volumes of the Encyclopedia Britannica, but it’s a damn sight easier to use — providing. that is, that you have access to a CD-ROM facility on a PC. It also has the advantage of colour pictures, video film and stereo sound. It will talk and sing to you if provoked.

Without doubt, it is a quite excellent reference guide with some stunning features, and even gives you the facility to print out text and pictures. The sections on social science, history and philosophy are voluminous, although the quality of the information varies according to the contributors. Even so. it is nice to see a reference under the term “socialism” to the fact that this word was initially used as a synonym for communism, a society of social or common ownership of wealth. This may be considered surprising as the entry was partly written by the late Norman Thomas, former leader of the reformist US Socialist Party.

The entries on Marx. Engels, Kautsky, Luxemburg et al are generally well written and informative and there is relatively little to complain about. As befits a US publication, the references to Daniel De Leon and Eugene Debs are also good, although the statement that De Leon was an “authoritarian socialist” will annoy some.

Much of the usual mumbo-jumbo is regurgitated in the economics section, though not more so than in other encyclopedias. In fact there is a reasonable outline of most bourgeois economic theories, and there is also a small section on Marxian economics, which is a definite advance.

Microsoft originally designed this product mainly for the US market, and this often shows, with truly huge sections on American history, politics and geography, but for 1996 a version specifically for use in Britain is promised. If such a tiny, insignificant groups as the American Labor Party can rate an entry in the US version, we can hopefully assume that a distinctive organisation like the Socialist Party of Great Britain should be assured a place on merit for the version over here.