Book Reviews: ‘Marx’s Theory of Crisis’, & ‘What About The Workers?’

What about the law of value?

‘What About The Workers? Workers and the Transition to Capitalism in Russia’. By Simon Clarke. Macmillan 1994, £12.95. 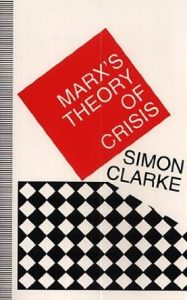 Clarke argues that Marx gave a number of different explanations for the economic crises of capitalism. First, disproportionality between different branches of production so that one industry over-accumulates relative to the others and then faces a crisis of profitability which spreads to other industries. Second, underconsumption as workers cannot buy back what has been produced and a general crisis of profitability ensues as a result. Third, a tendency for the rate of profit to fall as a consequence of new technology and its greater cost relative to human labour power. Clarke’s view is that at one time or another Marx accepted and then rejected all three theories, and this ambiguity and inconsistency has been inherited by many of those in the Marxist tradition.

He argues that the three theories may describe contingent events in crises, but crises can actually occur for all manner of reasons. What all economic crises have in common is profitability – or rather, the lack of it. Crises are necessary and inevitable: they are a way of “purging” the economy of unprofitable businesses and raising the general rate of profit (largely at the expense of the working class, in terms of more work and less job security). This is perfectly normal for capitalism and does not mean that something has “gone wrong” with the economy. Indeed, capitalism will continue to lurch from crisis to crisis until the working class consciously organise for socialism.

Clarke is quite clear that the alleged failure of Marxism following the collapse of the Russian Empire is a myth, and that what has really failed is Leninism. This accurate insight is made all the more puzzling with the recent publication of another of his books. 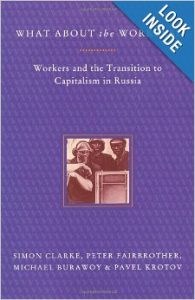 As the subtitle of Clarke’s second book indicates, he labours under the illusion that Russia was something other than capitalist before the fall. His contention rests on the claim that Marx’s law of value did not apply in Russia before but does now. That the workers’ lot in Russia, as Clarke convincingly demonstrates, has gone from bad to worse in recent years does not show that bad is preferable to worse. In fact the collapse of the Russian Empire is a striking confirmation of the law of value, and it brings out a peculiar feature of his book on crises in that it ignores Marx’s theory of value. This time it is Clarke who is inconsistent.

Under the old system, the law of value (basically, the social compulsion to accumulate capital out of monetary profits) operated but was modified by state action. In Marxist terminology, the state redistributed surplus value from the profitable sector of the economy to non-profitable ends (the military in particular). But by the 1980s the “purging” effect on unprofitable businesses induced by the law of value, and delayed by state action, meant that most of the economy had become inefficient in terms of profitability and was, literally, in a state of crisis. This, together with popular opposition, is the main reason for the collapse of Russian state capitalism.