Who is the odd person out? 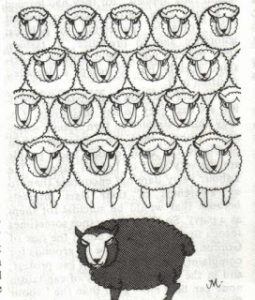