‘On the Principles of Political Economy and Taxation’, by Ricardo with introduction by R. M. Hartwell. 40p.

‘An Essay on The Principles of Population’, by Malthus with introduction by Anthony Flew. 36p. 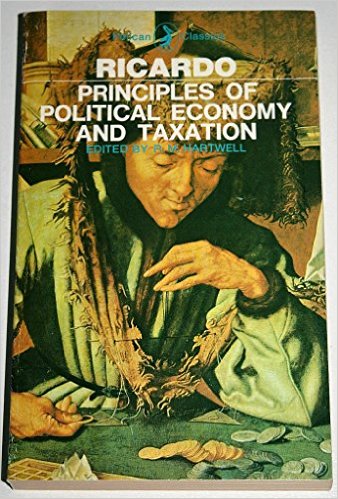 The introductions to both these books claim that there has been a revival of interest in these early works. Both of them quote Keynes, but from opposite points of view. Flew quotes Keynes’ observation that the “almost total obliteration of Malthus’ line of approach and the complete domination of Ricardo’s for a period of a hundred years has been a disaster to the progress of economics”, while Hartwell points out that Keynes was writing against the background of the heavy unemployment of the nineteen thirties, and that since then economists have become increasingly interested in problems of “growth analysis” and this has led to a revival of interest in Ricardo’s analysis and especially in his attempt “to integrate the theory of distribution into a model of long-term change”.

So the wheel has turned a full cycle, and Ricardo’s stocks are high once again, and comment on his work frequent and complimentary.

So the conflict between Malthus and Ricardo in their lifetime is to be fought all over again by their respective backers.

Marx made many criticisms of Ricardo but regarded him (and Adam Smith) as the best exponents of “classical economy”. In particular Marx showed the inadequacy of Ricardo’s treatment of value and surplus value. On the theory of value Ricardo got into a dead end through failure to distinguish between labour and labour power. Engels summarised this in his introduction to Capital Volume II. (This and earlier formulations of a theory of value were dealt with in the Socialist Standard July 1934). 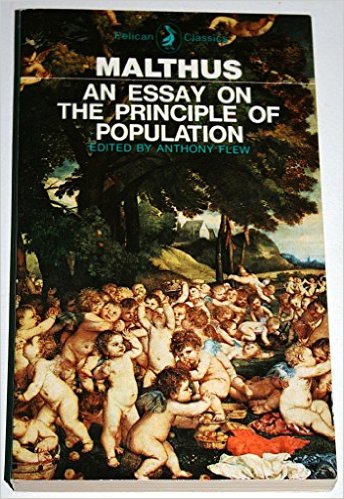 Marx and Engels were much less impressed by Malthus—Flew calls their reaction “apoplectic” (A very useful collection of their views will be found in R. L. Meek’s Marx and Engels on Malthus) Flew attacks Meek on the ground that he “speaks throughout in his Moscow’s Voice”. The criticism is valid to this extent, that Meek treats state-capitalist Russia as if it were socialist and argues that what Marx wrote about the laws of population under capitalism do not apply there.

Flew’s attack on Meek and Russia as if he were attacking Marx and Engels is therefore misdirected. Meek quotes the letter Engels wrote to Kautsky in 1881 about possible population problems in a socialist society, which contained the following:

“There is, of course, the abstract possibility that the number of people will become so great that limits will have to be set to their increase. But if at some stage communist society finds itself obliged to regulate the production of human beings, just as it has already come to regulate the production of things, it will be precisely this society, and this society alone, which can carry this out without difficulty. It does not seem to me that it would be at all difficult in such a society to achieve by planning a result which has already been produced spontaneously, without planning, in France and lower Austria. At any rate, it is for the people in the communist society themselves to decide whether, when, and how this is to be done, and what means they wish to employ for the purpose. I do not feel called upon to make proposals or give them advice about it. These people in any case, will surely not be any less intelligent than we are.”

It should be noted in the reproduction of Ricardo that in Hartwell’s introduction Professor Cannan and Professor Wicksteed are repeatedly referred to as Cannon and Wickstead.