The Bourgeois role of Bolshevism 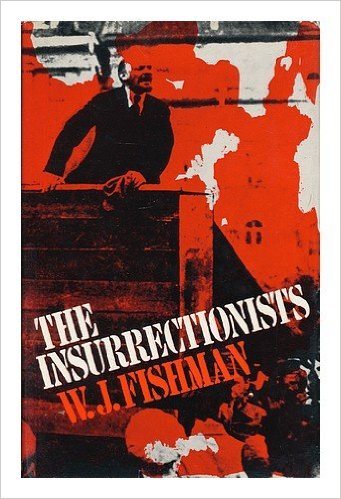 The theme of this book is one we ourselves have often advanced: that, as we put it in the April SOCIALIST STANDARD, Lenin’s theory of the vanguard party can be traced back through Russian revolutionaries like Ogarev and Tkachev to French revolutionaries like Babeuf and Buonarroti.

Fishman writes as an obvious opponent of what he thinks is Socialism and so does not really know what Marxism is all about. Nevertheless he does describe well enough the evolution of insurrectionist ideas as they spread from 18th century France to 20th century Russia and he does make some useful points.

The original Jacobins under Robespierre ruled France for a brief period in 1793-4. Though not against private property, they were on the side of the poor against the rich and believed in the ruthless use of violence to crush any opposition to Equality, one of the supposed aims of the French Revolution.

The first to combine the idea of an armed uprising and then a temporary exercise of armed power with that of communism was Babeuf (1760-1797), who was executed for his part in an abortive such coup in 1796. One of his collaborators was Buonarroti, whose account of the uprising under the revealing title of Conspiration pour L’Egalité served as a handbook for the following generation of would-be insurrectionists. Buonarroti, who lived on as an active conspirator till his death in 1837, argued that, since the old order so degraded the masses that they were unable either to see where their interests lay or to act for themselves, it was only an active, conscious minority that could overthrow the old order. This minority should be organised as a secret society with the aim of seizing power in an insurrection.

Auguste Blanqui (1805-1881), who spent most of his life in prison, was the man who more than any other personified this kind of insurrectionism. He, too, stood for a vague communist society and again argued that the masses were so ignorant as a result of the old order that its overthrow would have to be the work of a minority. Marx had a great respect for Blanqui as a man of action, but their ideas of the social revolution was quite different. For Marx it was not a question of a minority insurrection followed by a minority rule leading to communism, but rather a question of a majority capture of power (perhaps by peaceful means) followed by democratic majority rule leading to communism (or Socialism ― he gave the two words the same meaning). The emancipation of the working class, proclaimed Marx in a famous slogan, was the task of the working class itself. Although Fishman quotes Engels’ well-known repudiation of minority insurrection in 1895, he does not bring out the important difference between the theories of Marx and those of previous communist revolutionaries like Babeuf, Buonarroti and Blanqui. He stood for majority revolution; they stood for minority insurrection. What he learned from them was the need to win and use political power (“dictatorship” as it was then called) to carry through the social revolution.

French revolutionary ideas spread all over Europe, including Tsarist Russia where an attempted coup was made as early as 1825. Here the secret society was the only possible form of revolutionary organisation and it was strongly advocated by Ogarev (1814-1877), a collaborator of Alexander Herzen. Ogarev was well acquainted with Buonarroti’s book and it was through him that French ideas on how to organise an insurrection ― including the secret “vanguard” party ― were transmitted to the Russian opponents of Tsarism.

The view that because of their oppression the masses were so ignorant that a minority organised as a secret society would :have to act for them was held by many well-known Russian revolutionaries, including Nechaev (1847-1882) (the man who made a fool of Bakunin) and Tkachev (1844-1886) and even by Bakunin himself.

Tkachev, who associated with the Blanquists while in exile, is particularly important in that he anticipated some of Lenin’s views on how to overthrow the Tsar. He realised that by themselves the revolutionaries could not overthrow the Tsarist bureaucracy; they needed a mass basis. He suggested the peasants as the weapon the revolutionary leaders should wield. He even realised the possibilities of using the then developing urban working class as the main element in the mass struggle. In the insurrection, said Tkachev, the Tsarist bureaucratic State should be completely smashed but the victorious leaders should set up another State in its place ― an idea Lenin later tried to foist on Marx with regard to the modern bourgeois State.

By Lenin’s time the use which a revolutionary minority might be able to make of the urban working class was even more obvious. Lenin, sticking to the by now well-established Russian revolutionary idea of a vanguard party and the ignorance of the masses, suggested a new tactic: the anti-Tsarist revolutionaries should concentrate on using the working class as their main weapon.

It is here that Fishman’s lack of understanding of Marxism leads him astray. He thinks that Lenin advocated this tactic as a means of establishing Socialism in Russia (in fact he mistakenly thinks there is now Socialism there, but that’s another matter). But until 1917 Lenin’s aim was the traditional one of the Russian revolutionaries: the establishment of a democratic republic. From his study of Marxism, he knew that this was the task of the bourgeoisie and one they had carried out in some West European countries. Lenin saw that in Russia the bourgeoisie. was too weak to do this and applied Marx’s analysis of the period of Jacobin rule in France to the Russia of his day. By their drastic actions against the old feudal order, Marx pointed out, the Jacobins though not themselves of the bourgeoisie had furthered the bourgeois revolution by taking measures the bourgeoisie was afraid to take itself. Lenin’s suggestion was that this was more or less what would have to happen in Russia: Russia’s bourgeois revolution (the establishment of a democratic republic) would have to be accomplished without the bourgeoisie by the vanguard party leading the workers and peasants.

Trotsky argued that if the working class were to gain power in the course of Russia’s bourgeois revolution they would, and should, go on to take “socialist” measures. Fishman does not seem to realise that Lenin did not come round to this view till 1917, nor that Trotsky did not accept the vanguard party idea till 1917 either. He has them as collaborators from 1902 on, an elementary mistake.

Lenin’s switch in 1917 from aiming at a democratic republic to a “socialist” one took him even further away from Marxism, but it did not invalidate his previous analysis of how Russia’s bourgeois revolution would come. The role of the Bolsheviks in Russia’s bourgeois revolution did indeed turn out to be the same as that of the Jacobins in France’s, that is, to carry through measures against the old order the bourgeoisie themselves were incapable of. The great difference was that while the Jacobins’ rule did not last, the Bolsheviks’ rule did and the Bolshevik rulers gradually evolved into a new bourgeoisie (or capitalist class) themselves. Lenin and Trotsky confirmed their own earlier prognosis: their seizure of power in 1917 and subsequent short rule paved the way for the further development of capitalism in Russia.