Some aspects of Russia 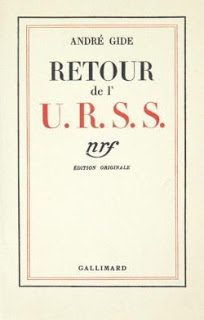 When the Russian Revolution took place in 1917, the Socialist Party of Great Britain pointed out that it would not result in Socialism, but in a development of capitalism. We laid great emphasis on the fact that Russia, being still very backward, was not ripe for Socialism. The population of Russia was composed chiefly of peasants. How could they, illiterate and individualistic in outlook, have any understanding of Socialism, or any desire for it?

Whilst we were urging these views, other parties, claiming to represent the working class, asserted that the Bolsheviks had discovered a short cut to Socialism. They ignored the lessons of history, which show that there are no short cuts, that society passes through various phases and that none of these phases can be “jumped” in the course of society’s evolution. They ignored the past failures of workers to establish Socialism by intelligent minorities. After claiming to be “Marxists”, they paid little real attention to the theories of Marx and Engels.

Alas, thanks to these parties (chiefly the Communist Party and the Independent Labour Party) a legend was created, a legend that Russia was Socialist. It was a harmful legend, too, for many workers began to imagine that they could copy the Russians, and establish Socialism with-out first having a Socialist working class.

When the S.P.G.B. said that soon the opponents of Socialism would be pointing to Russia and telling the workers to see what evils Socialism (!) had brought, in order to make them hostile to it, the C.P. and the I.L.P. just smiled (to put it mildly) and told us to be patient. “Soon,” they said, “everything in the garden will be lovely.”

Unfortunately for these optimists, every so often facts about Russia are published, which prove the S.P.G.B.’s case up to the hilt.

Recently the French writer, André Gide, has written a book, Retour de l’U.R.S.S (“Return from Russia,” by André Gide; pp. 152; 6 francs; published by Gallimard), after a visit to Russia. This book is the more significant because its author has, on several occasions in the past few years, announced his sympathy and admiration for Russia.

Now, however, Gide shows himself to be disappointed with the state of affairs there. This disappointment is largely due to his having been misled by Communists into believing that Russia is the fatherland of Socialism. Even after his visit, he writes: “The exploitation of a large number for the profit of a few no longer exists in Russia” (p.46). Thus he expected to find poverty abolished from the land and was shocked to find it so rampant (p.65). We told the Communists long ago that disillusionment would be the effect of their extravagant propaganda!

Gide observes that, even now, twenty years after the Revolution, the problem of production has not been solved, and he thinks that, for a long time to come, the supply of goods will not satisfy the demands (p.38). Hence the necessity imposed on the Russian State of paying attention to quantity at the expense of quality (p.39).

Social contrasts are easily seen in Russia, and Gide fears that these contrasts will grow more pronounced as time goes on, especially as these tendencies are encouraged by the State.

“I fear,” he writes on pp. 62-4, “that soon a new kind of ‘working-bourgeoisie,’ satisfied (and indeed even conservative), will be formed, too much like our own class of small capitalists. Everywhere I see symptoms of this.” And again: “I am greatly disturbed to see in the Russia of to-day these capitalistic instincts indirectly flattered and encouraged by recent laws.” (Gide refers to such laws as those authorising the possession of private property, legacies, etc.)

Gide gives us a picture of the social differences one sees next door to each other. He describes (p.60) the Hotel of Sinop, near Soukhoum, where everything is up-to-date. Each room has its bathroom attached, its own terrace and furniture of perfect taste. The food is supplied from an up-to-date farm, where one must sterilise one’s shoes before entering. Yet, separated by a stream from all this luxury, are houses where poorly paid workers live. Here four share one room less than nine feet by seven, and they are compelled, through poverty, to live on bread and dried fish.

In the Appendix (p.118) Gide gives us some idea of the vast differences in wages that prevail on the collective farms (Kolkhoses). Here he says: “These privileged persons can earn 600 roubles a month.” The “qualified” workmen receive very often much more. For the “non-qualified workers, who form the immense majority, the daily salary is from five to six roubles. The simple workman earns still less.”

Gide describes also the scorn or indifference that the relatively rich show towards their “inferiors”, and the servility of poor work-people towards their “superiors”. No equality here!

The ruling clique in Russia pursues a policy similar to that of all ruling classes. It tries to keep the poor quiet by persuading them that they are as happy as they can be till better times come, and that they are more happy than people in other countries (pp.50-2) “The citizen of Russia is extraordinarily ignorant of other countries. More than that, he has been made to believe that everything abroad goes on less well in every respect than in Russia. This illusion is skilfully upheld” (p.52).

All criticism in Russia is confined to deciding whether or not theories or things are orthodox. Anyone who expresses views differing from those held by officials is considered a Trotskyist. “To-day,” says Gide, “it is a spirit of submission, orthodoxy, that is demanded. All those who do not declare themselves satisfied are considered ‘Trotskyists’” (p.76). Woe betide those people who cannot hold their tongues, or who cannot always raise a cheer! “What is desired and what is demanded is applause for everything that is done in Russia . . . The least protest, the least criticism is punishable by the severest penalties” (p.67).

Other interesting things in this book could be dealt with (e.g., the “deification” of Stalin, the influence of the official newspapers on the minds of the people); but enough has been said to show that, for one admirer who went to see Russia, it is a capitalist state with wide contrasts in economic and social status, and that the ruling clique maintains its power by ruthless suppression of criticism.

With Gide, however, we agree that social contrasts in Russia will become more evident as time goes on. Then the masses will become impatient and criticism will spring up on every side. May this criticism be directed, not so much against persons, as against the exploiting nature of capitalism!