The Communist Party of Great Britain have recently published a small pamphlet entitled “Socialism and Labouralism,” which is an “edited” report of a speech delivered by Mr. Saklatvala in the House of Commons on March 21st, 1928.

Judging by the speech as a whole, Mr. Saklatvala is either ignorant as to the meaning of Socialism, or is prepared to withhold his knowledge from the workers. Let us take one or two points from the speech. On page 5 of the pamphlet he says:—

” It may be possible without at all disturbing the Capitalist character of society and without coming near Socialism, to 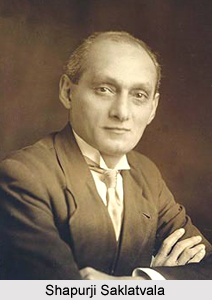 extend the ownership of any particular enterprise to all the citizens of a country.”

It may be possible, but it is difficult to see how it is possible to extend ownership to all under Capitalism, which is based on ownership by a class. One of the most patent features of Capitalism is that, as the system develops wealth becomes concentrated into fewer and fewer hands, the smaller Capitalists being thrust by competition, etc., into the ranks of the workers, whose numbers become greater and greater in relation to the numbers of the Capitalists. A relatively few people now own the wealth of society as a result of Capitalist development. How in the name of commonsense, then, can the workers have the opportunity to own more whilst the processes that make them non-owners are still retained?

An explanation of this contradiction is given on page 6 :—

Here we have the familiar assumption that the workers are concerned with taxation, and are therefore interested in the rise and fall of the revenue of the Post Office, or other “nationalised ” concerns. The statement shows a complete lack of understanding of the economic position of the workers in society. Actually, the workers as a whole own nothing but their working power, which they are forced to sell to their Capitalist masters in order to live. The price the workers receive for this labour power is called salary or wages and, like all other commodities, is based on the cost of production. In other words, they receive in the long run a bare sufficiency in wages to reproduce the energy which has been expended in the production of wealth for the profit of their masters. Without wages the workers could not exist to carry on wealth production under Capitalism. We see, therefore, that the high cost of living must be accompanied by higher wages, while, inversely, a fall in the cost of living brings about a fall in wages. Of course, wages will tend to fall in those industries where the supply of “labour-power” is greater than the demand, and a rise in wages is the almost inevitable result of a scarcity of “labour-power.” Here again the strength or weakness of the workers’ economic organisations may assist somewhat in determining the measure of gain or loss to the workers under these conditions. But these fluctuations in wages are the effect of “supply” and “demand,” and they do not affect the basis (i.e., the cost of production) which determines the wages of the worker. It will be seen, then, that the incidence of taxation, direct or indirect, cannot permanently influence the condition of the workers, and is of importance only to their Capitalist masters and Capitalist politicians like, Mr. Saklatvala, who, unthinkingly, pander to the political ignorance of the workers.

Another typical example of confusion is to be found on pp. 6 and 7 of the pamphlet :

“What is the real problem before the country as between Socialism and Capitalism? . . .  It is a question of overthrowing the system of private-ownership and introducing public ownership.”

But what is “public” ownership? Mr. Saklatvala does not explain. The Post Office, Municipal “Trams,” Borough Council Houses and other national or municipal services, are generally regarded by the workers as examples of “public” ownership, because of their pathetic belief that they pay rates and taxes for the upkeep of these concerns. A survey of the list of holders of “Government Consols” and “Municipal Stock,” however, would soon shatter this illusion. There is outstanding on the Post Office services a debt of £68 millions and on the L.C.C. a debt of about £120 millions. It is the investors who hold and receive interest on these loans who are the owners of what Mr. Saklatvala calls “public” property.

The Socialist rendering of the last sentence of the passage quoted would be as follows:—”It is a question of overthrowing the system of private ownership, and instituting a system based on Common Ownership and democratic control of the means and instruments of wealth production and distribution.” The substitution of this sentence for the other would produce the change from a foggy abstraction to a crystal clear definition of object.

Again on p. 8 Mr. Saklatvala reveals his ignorance as to what Socialism implies:—

“If we were to apply the real principles of Socialism to the coal mines, the first consideration would be to secure the control of the miners themselves over their own industry.”

Substitute “syndicalism” for “Socialism” and this passage would read all right! To bring forward once again this old exploded nonsense of “Mines for the Miners,” “Printing Machines for the Printers,” “Railways for Railwayworkers,” “Sewers for the Sewermen” is surely intended as a joke in these days, when it is so evident that all industries are interdependent and production is social in character. Only the replacement of private ownership by social (or common) ownership can harmonize the relations of wealth production and ownership.

On page 9 we find the amazing assertion, without an attempt to offer any evidence in its support, that

“here is one country which has achieved Socialism.”

Presumably Russia? If so, then it would be necessary to suppose that under Socialism we would still have a wages system, still have peasant proprietorship of land, still have buying and selling, still have an owning and a non-owning class, and still have an ever-increasing army of unemployed workers. Russia has all of these luxuries in abundance! The truth is, unfortunately, that Russia, far from achieving Socialism, which involves the abolition of all of these features of Capitalism, is a very tardy entrant into the ranks of countries seeking development on Capitalist lines.

References to Capitalist society being “unjust” (p. 12), and to “equal remuneration” (p. 14) provide further evidence of “Communist” confusion. “Justice” and “Injustice” are purely relative terms decided by those in power. The Capitalist class are in power to-day, and therefore it is “just” for them to exploit the workers. When the workers have gained control of power (i.e., Political Control) they will abolish this particular form of “justice.” It is the RIGHT OF POWER which decides all questions of “justice ” and “injustice.” As “wages” will no longer exist under Socialism, and wealth will be distributed and apportioned according to the varying needs of members of society, the question of “equal remuneration ” becomes ridiculous.

In the introductory note to the pamphlet the C.P. state that in order to ensure wide distribution of the pamphlet at one penny it has been necessary to abridge portions of Mr. Saklatvala’s speech. It is interesting to note that one of the excisions deemed necessary is the following admission regarding Russia:—

”  M. Stalin’s argument that, deplorable as the industrial development of Russia is at the present time, the needs and requirements of the people of Russia make them dependent upon other countries for manufactured articles which cannot be supplied in Russia owing to the backwardness and the apathy of the working classes, who have not yet developed as far as a Socialist revolution.”

We suspect that space was not the real reason for leaving out this passage.

Many absurdities are to be found in the pamphlet, but enough examples have been shewn to afford an explanation as to why our task of educating the workers in Socialist knowledge is so difficult and to demonstrate clearly that the Communist Party is a hindrance and not a help in the struggle of the workers to achieve their emancipation.