Book Review: “From Crow-Scaring to Westminster” 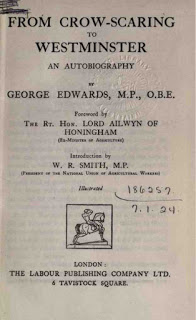