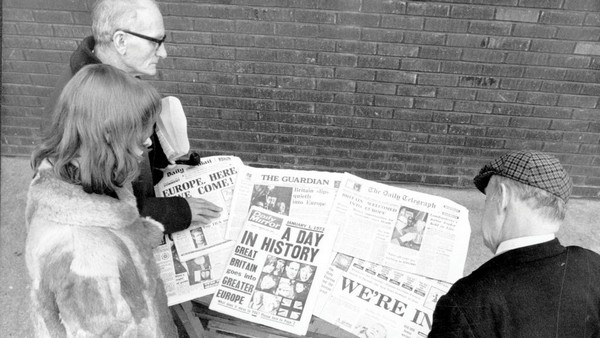 From the beginning of this month Britain has been part of the ‘European Economic Community’, to give the Common Market its official name. This means that the British government is pledged to pursue, along with eight other West European governments, common policies in such fields as foreign trade, transport and agriculture. By 1978 all trade barriers between Britain and the other eight countries should have been removed and all nine should have erected a uniform tariff against goods coming from outside their ‘common market’.

For the capitalists of Britain, or most of them, this will open up a vast new market in which to try to sell their goods at a profit. But what about the workers? How will the Common Market affect the ordinary wage- or salary-earner in the factories and offices of Britain?

First, and this has already begun to happen, there’ll be a rise in food prices as a result of the British government having to change its method of subsidising agriculture. (…)

The second change the ordinary wage-earner will notice is in the way the goods he buys are taxed. From 1 April this year purchase tax and SET will be abolished and replaced by a Value Added Tax (VAT). (….)

Within ten years, however, we could be using a common European currency and voting in elections for the European Parliament at Strasbourg. And after that, perhaps, there’ll be progress towards a ‘United States of Europe’ as another Great Power challenging the current world hegemony of America and Russia (…).

But, in any event, the emergence of such a new capitalist super-State, or the creation of a single European capitalist economy, is of no concern to the working class. Though it will affect them nevertheless. To try to mitigate these effects they will have to start thinking in terms of united action with their fellow workers in Europe. Already some trade unions, and trade unionists, have — wisely — been making contact with their opposite numbers in the other countries.

The World Cup of Shame? 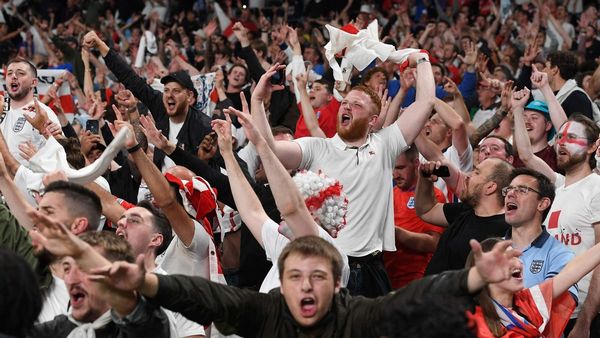 Many members of the Socialist Party, including the present writer, are keen football fans. We love the skill, the beauty, the athleticism of the game.. But at the same time we have severe reservations about the way it is organised and the conditions under which it is played. It is a kind of paradigm of capitalism as a whole, the system we all live under. What this means is that human beings produce the most potentially brilliant mind-blowing inventions and innovations and exhibit the most fantastic skills and ingenuity in putting them to use, whether that be in the field of technology, education, food and drink, sport, and much else. Yet there are almost inevitably serious warps in the way these are used and express themselves. That is partly because so much of what takes place in capitalism is focused on, bent towards money and profit rather than human need, but also because, through its system of forced wage and salary work as a means of survival for the vast majority, it engenders in the individual a sense of powerlessness, of being just a tiny cog, of being able unable to fulfil one’s individual potential.

Most people cope with this by considering it somehow natural quite simply because they have never known or imagined anything else, but also because, as one writer has put it, ‘distraction technologies and the entertainment industry sell us meaningless thrills to patch over the pain’.

Which takes us back to football and the spectacle the world is now emerging from, that of teams of highly talented footballers pitted against one another to win a coveted competition, the World Cup. One might have thought that the awful treatment – lethal in some cases – of those workers who built the structures and the infrastructures for the staging of the spectacle and the retrograde mentality of the rulers of Qatar (and apparently most of the inhabitants) would have led many of those with a degree of fellow feeling for other human beings to consider boycotting what one writer called ‘the World Cup of shame’. But few, it appears, went down that road, the vast majority being swept up in patriotic (or nationalistic or jingoistic – choose the word) hero worship of their own team and its players, individuals whose wealth dwarfed anything their normal daily grind could allow them to even dream of.The pictures on the television screen often showed nothing short of mass hysteria as teams scored goals or won matches, a true bread and circuses for modern times.

Yet at the end what was left was anti-climax, even for the supporters of the team that won the competition as they returned to their normal everyday lives as wage slaves and the powerlessness inherent in that role. Perhaps the spectacle they had experienced was an example of what the writer Charles Eisenstein, in his book The More Beautiful World Our Hearts Know Is Possible, calls ‘a substitute for the expression of one’s own greatness’.