This June saw a very British hit job. Charles, the heir to the throne, reportedly made comments that indicated that he considered the British government’s policy of off-shoring irregular migrants to Rwanda as ‘appalling’. The Times reported this, indicating that the remarks were made in private. Nonetheless, this led to banner headlines in many papers. Unnamed government ministers were quoted as saying ‘He is in danger of over-reaching himself. He cannot make pronouncements on government policy when he is king. Even in private there is always a chance those remarks will get out and put him in a difficult position’.

Undoubtedly, the government had initiated this policy to get a strong reaction so they could have a storm about taking a strong stance over their handling of irregular migration across the Channel. They probably didn’t expect the flak to come from the prince, much less the Archbishop of Canterbury: they wanted to be able to point to soft liberals who ‘hate their country’ rather than the absolute pillars of the very Establishment itself. 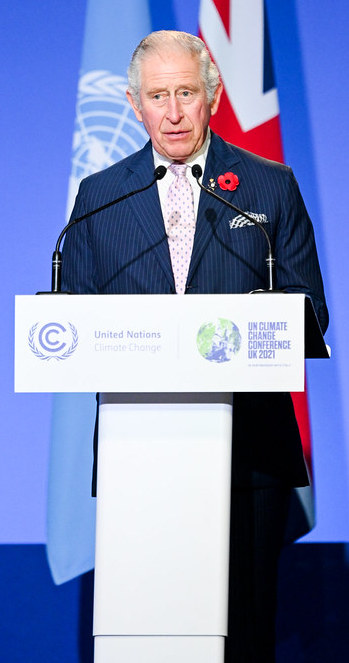 This must have hit home, because, just a week or so later, we saw more banner headlines about Mr Windsor. The Sunday Times led with a splash about him receiving large charitable donations from Sheikh Hamad bin Jassim bin Jaber Al Thani, the former Prime Minister of Qatar. The issue being that the €3 million was received in €1 million cash instalments, personally handed to the aristocrat in Fortnum & Mason carrier bags.

These reports noted that ‘Each payment was deposited into the accounts of the Prince of Wales’s Charitable Fund (PWCF), a low-profile grant-making entity which bankrolls the prince’s pet projects and his country estate in Scotland. There is no suggestion the payments were illegal.’

So, if the donation was not illegal, was not given personally to Mr Windsor, why did it merit a front page splash? The journalists provided weak gruel with questions of ‘judgement’: it simply looked shady to accept large donations of cash (though, apparently, trustees later said due diligence on accepting the donation was done). Presumably, if the donation had been done by bank transfer, there’d have been no issue.

They also drew in other allegations of courtiers offering cash for honours, which, while shady, were themselves not relevant to the princeling accepting charitable donations.

In his final novel, Numero Zero the Italian scholar of communication and meaning Umberto Eco presented an examination of the fictional establishment of a new newspaper: the issue-zero proofs of concept that are a prelude to releasing a newspaper proper. The idea being that an Italian millionaire wanted to ‘enter the inner sanctum of finance, banking and perhaps also the quality press. His way of getting there is the promise of a new newspaper ready to tell the truth about everything,’ a newspaper that could be stopped, for such rewards.

Eco has the fictional editor of this pseudo-newspaper say: ‘It’s not the news that makes the newspaper, but the newspaper that makes the news. And if you know how to put four different news items together, then you can offer the reader a fifth.’ The simple act of contextualising a story on the page makes the story. Of course, Charles Windsor consorts with rich people, and gifts and favours are swapped all the time, and his simple unearned privilege is an affront to humanity. But, putting a small example on a front page gives it an appearance of impropriety, even when in fact none exists.

It is also an excellent example of ‘swiftboating’, an act named after the campaign of Swiftboat veterans for truth, a move by Republican Party strategists in the United States to neutralise a natural strength of then Presidential candidate John Kerry. He was a decorated Vietnam war veteran, something that is normally an advantage in elections, however, merely raising a question mark about this turned his greatest strength into a liability.

The Royal Firm uses its charitable work as a shield to protect it from criticism of its undemocratic power and unearned opulence and luxury. By turning charitable collection into a point of concern, and even possible malfeasance by the princeling (especially by reference to his Scottish estate which the charity supports), the media ‘swiftboated’ him.

The message sent was loud and clear: the press could manufacture a story any time they want. And, given how long ago these transactions are supposed to have happened, it also sent the message that they are sitting on an arsenal of stories that they could pull out at any time to trash Windsor in the public imagination – much like the infamous list of ‘handsy’ Tory MPs that was leaked from the Whips’ office in 2017 and contained details of 40 MPs’ sexual and other misconducts, including Chris Pincher – the revelation of whose behaviour was just the trigger for the downfall of Boris Johnson.

We have just witnessed the punishment beating of a Royal, with the clear implication that the mass media can destroy the monarchy if it wished, and that if it hinders the agenda that parts of the press want to have the government follow, it will not hesitate to do so.

If that happens, we would not shed a single tear: indeed, given how some members of the Royal firm whine about the unfairness of press intrusion, we’d heartily encourage them to save themselves the bother, and leave the business, and take the whole stinking operation with them.

Next article: Is it really okay not to be okay? ⮞

One Reply to “A very British hit job”