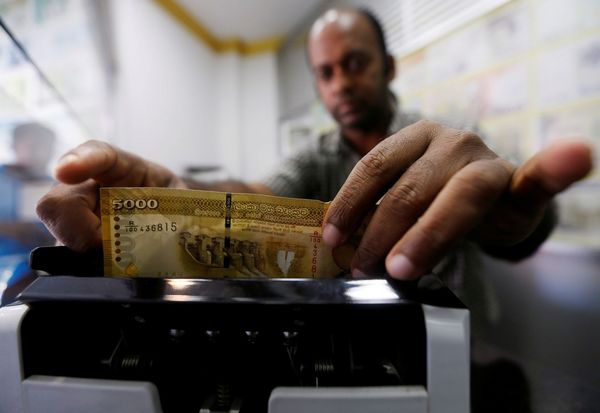 Sri Lanka long had a stable economy but the Material World column in March (tinyurl.com/5n7prxbb ) drew attention to the economic chaos taking place there.

Since March the situation has spiralled even more out of control. Sri Lanka’s rupee has lost more than 80 percent of its value and is still falling. Its foreign exchange reserves for all practical purposes have been depleted. Without US dollars the country cannot afford to pay for imports. Petrol has run out for non-essential users and is rationed in favour of the emergency services. Without fuel for cars and public transport via buses and tuk-tuks not running people cannot go to work or operate their businesses. LPG gas for cooking is in short supply. Fishing boats can’t go to sea, because they don’t have diesel.

All attempts to find solutions have failed which has now culminated in political turmoil with the prime minister’s home being set alight by angry demonstrators and the president forced from office as protesters occupied the presidential palace.

The financial crisis is also a health crisis. Sri Lanka imports more than 80 percent of its medical supplies. Now medicines are in short supply, including essential, life-saving drugs. Only the most critical patients are being operated upon. Doctors who once could say that the country possessed very fine healthcare, now tell of people dying due to lack of resources. Sri Lanka’s hospitals now rely on what charity other nations can offer.

In May a $1.5 million donation came from Japan so that UNICEF could procure medicines for over 1.2 million people, among them 53,000 expectant mothers and nearly 122,000 children with immediate medical needs. Australia sent food plus essential medicines for women’s health, the equivalent of nearly $5 million.

In June the UN appealed to international donors for more than $47 million in ‘life-saving assistance’. To put it in perspective, the government at the time said $5 billion was required for the island’s economic survival primarily to pay for food, fuel and fertiliser.

Ordinary Sri Lankans continue to bear the brunt of the financial and food crises. Sri Lankans under normal conditions did not lack for food, but the UN World Food Programme reports nearly nine of 10 families are skipping and skimping on meals, with 3 million requiring emergency humanitarian aid. Inflation of food prices was 22 percent in December 2021, 30 percent in March, and 57 percent in June resulting in people unable to put enough food on the table for their families. Now inflation is expected to go higher to 70 percent in coming months. A kilo of rice now costs 500 Sri Lankan rupees when it previously cost less than 100 rupees. The price of essentials means they are beyond reach for many people. Once unthinkable, Sri Lanka may now be facing food insecurity, if not outright famine, in a few months’ time.

Fuel shortages mean electricity cuts, with transport and supply chains being disrupted. Factory closures and unreliable shipment of exports have led many global brands to turn to alternative suppliers, such as Bangladesh and India, leaving Sri Lankan workers without jobs and pay.

Discontent and unrest had been widespread for months across Sri Lanka but the magnitude of the protests that forced out the government, once more demonstrated the latent power of working people. What we witness in Sri Lanka arose to a degree from mismanagement and malfeasance yet it is not unique and similar situations will most likely occur in more and more countries. Global price rises have inflicted similar pain elsewhere.

Lebanon’s GDP halved, from $52 billion in 2019 to $21.8 billion in 2021. Foreign exchange reserves dropped from $30 billion in 2019 to $11 billion today. The Lebanese lira has lost much of its purchasing power with salaries no longer sufficient for employees to support their families. Workers are barely able to buy basic necessities. Lebanon’s poverty rate is now over 74 percent and nearly 2.2 million of the population are lacking food security. One third of the population in the country is unemployed and according to the International Labour Organization nearly all public sector employees are engaged in various levels of industrial action.

The UN warned that food scarcity and malnutrition in the country would intensify further in the coming months and its representative in Lebanon, Najat Rochdi, expressed concern that the grain and fuel shortages arising from the Ukraine conflict were already affecting the country.

Sri Lanka and Lebanon are not isolated examples of capitalism’s failures to maintain stable social safety nets. Global inflation is inflicting economic pain across all continents and we can expect similar civil strife to occur in many more countries, and more governments to topple.

Politicians and the capitalist class in other countries received a warning sign in Sri Lanka that there is always a limit to workers’ forbearance. Desperation can so easily turn into rage and revolt. If a country’s economy sinks, its working class will not willingly go down with it.

Next article: The passing political show – vacancy for a caretaker ⮞