By the time anyone reads this there will have been multiple articles, views and opinions both in print and digital regarding November’s COP 26 in Glasgow. Here the aim is not to examine those events or to critique them but to consider various links and connections between climate change, global agri-business, human rights and profit.

First, COP 26. So-called because the very first meeting of the ‘Conference Of the Parties’ was in 1995 (in Berlin 26 years earlier), and was the United Nations Framework Convention on Climate Change (UNFCCC). Founded to assess progress in dealing with climate change and to establish obligations for developed countries to reduce their greenhouse gas emissions – which subsequently became the Kyoto Protocol. Between these annual meetings always held in a different country there have also been many other follow-up meetings around the world but with fewer delegates/attendees and given less public attention.

One of the common criticisms of the Glasgow COP meeting has been the lack of access for the public and protesters while the halls were filled with lobbyists pushing various corporate agendas far removed from the aims of cutting emissions and tailored simply to continuing profit for the corporations.

‘Land grabbing’ globally has been a talking point for a number of decades now. Basically it is farmland, general agricultural land, forests or common land of indigenous peoples or areas containing minerals which are quite simply stolen from local inhabitants. People affected have probably had access to that land for generations, either as common land, by heredity or in later years by rental from a larger owner. Recent decades have seen more and more thefts by violence, and new laws by local or national decree claiming rights to the land which leave the original users powerless, homeless and without any income. Then there are the deals from big companies which soon turn out to be bad deals putting the original owners in hock to the multi-national companies for annual seed, herbicides, pesticides and fertilizer for a mono-crop which also denies them the ability to even grow their own food. This, in India especially, has been documented as the reason for the enormous number of suicides by farmers deep in debt.

The most recent detailed report from Global Witness reports on human rights and atrocities committed on local populations, forcible removal from ancestral land, documented instances of attacks and killings, especially of protesters and leaders, plus the capture of community water and/or the poisoning of water sources. 317 land and environmental defenders have been killed in Brazil between 2012 and 2020. 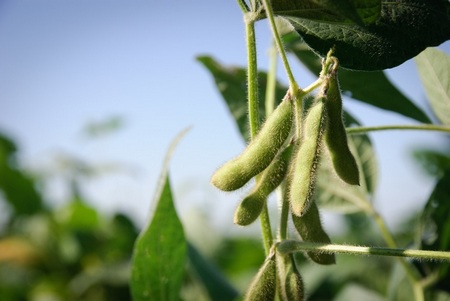 Latest figures from Global Witness also show that big agribusiness is responsible for one third of global emissions of carbon dioxide, plus it is the ‘biggest driver of deforestation around the world’. Many people for years have regarded the Amazon region of Brazil as the lungs of the world, absorbing the largest percentage of the world’s carbon dioxide emissions, but it has now been shown to have become a net emitter of CO₂ rather than a CO₂ sink (bit.ly/3Gx8t6x). Over a number of years there has been increasing legal and illegal deforestation sufficient to negatively affect the water table over an enormous area, and all to grow environmentally damaging cash-crop monocultures like soy and cotton. Serious consideration is needed on a global scale to define just what is fact and what is fiction regarding approaches to agriculture, eg, monoculture versus organic farming. And also to take account of the huge profits made by suppliers of machinery, fuel and chemicals including fertilizers, compared with generations-old natural farming methods focusing on mixed crops and healthy food.

As usual with food and farming issues, the most crucial element is the financial and security problems facing the world’s population, closely linked to problems for the environment. And we can certainly add the problem of violence, directed in this case at traditional pastoralist communities which have farmed land sustainably for centuries. One particular area is the Cerrado, Brazil’s second largest biome (a large, naturally occurring community of flora and fauna occupying a major habitat, eg, forest or tundra) covering 2 million square kilometres, an area covering about 20 percent of Brazil with a large part in the Amazon region (the same area discussed in the Socialist Standard, March 2021, ‘Externalities and British Chicken’).

Eight of twelve of Brazil’s major river basins and three aquifers rely on the Cerrado as a source for their water. Traditional communities have been for centuries, and still are, reliant on these waters, having taken care of aquifers and streams that are now drying out due to large-scale agriculture which is proving year on year to be absolutely unsustainable.

The main monocrop in the Cerrado is soy. Soy is the cause of so many problems, indigenous people made landless, vast areas of forest cut down, huge reductions in water availability in the Cerrado, plus the gradual but dangerous destruction of the lungs of the earth – the world’s single largest carbon sink gone. Why? Quite simply, for profit. It is here we witness the root cause of the climate problem. It’s the same all around the globe whether it’s soy, beef, lithium, zinc, rubber, gold, oil and gas – it’s all for profit.

According to Global Witness, ‘Global commodity traders are fuelling land conflicts in Brazil’s Cerrado.’ ADM, Bunge and Cargill are three of the world’s four biggest commodity traders and Global Witness points out a number of transgressions they are party to in the region. Investors attempt to loosen protection measures in the rules and regulations regarding deforestation, fines are given to some of the traders but it seems that until now this, a subject of interest to many, has been largely ignored. The commodity traders are supposed to follow various ‘international conventions’ regarding the treatment of workers, farmers and citizens, plus care of the environment, but we can read daily of transgressions.

All these problems are connected by profit. So much damage to so many people, because of profit. The capitalist system is built on profit, with businesses operating to make a profit and with far less interest in what, how, where or from whom those profits are to be made.

Human rights, land rights, climate change – wherever there’s a profit being made something bad is happening somewhere for something or somebody else. It’s time people considered an alternative approach.