The Big Butterfly Count takes place every year in the UK: volunteers record how many they see in a period of fifteen minutes. The numbers have been going down: an average of nine per count this year, compared to eleven last year and sixteen in 2019. Some species are unable to cope with a warmer climate, and other hazards include habitat loss and the use of pesticides. You may feel that this is a bit of a shame but of no great importance. It is, however, an everyday sign of the global reduction in biodiversity, which has major implications for the future of the planet and of humans. 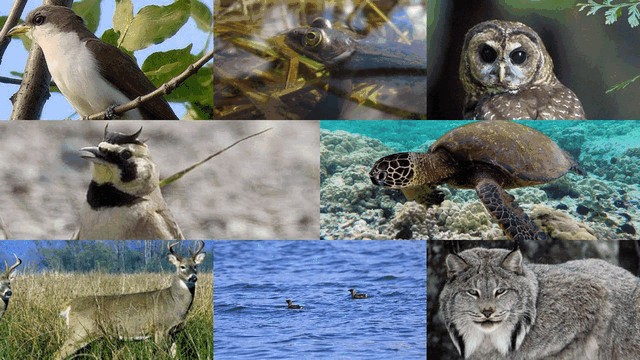 Elizabeth Kolbert’s book The Sixth Extinction makes the point that there have been five great extinction events, starting with one 450 million years ago and including the wiping-out of dinosaurs in the Cretaceous period. Something along similar lines is already happening, resulting in a possible sixth extinction. A number of species have become extinct in relatively recent times, or rather been made extinct by human actions. For instance, the last examples of the great auk, a large flightless bird, were killed on an island off Iceland in 1844, after a mass slaughter had resulted in them being extirpated from North America by 1800. They were killed for their meat, for use as fish bait, or so that their feathers could be used for stuffing mattresses. The Chinese paddlefish was officially declared extinct at the start of last year, the result of over-fishing and dams blocking the route to its spawning grounds.

So there were five catastrophic events over several hundred million years, with seemingly another in progress right before our eyes. But the current one is very different, happening faster than previous ones and caused primarily by the actions of humans. ‘Almost half of Britain’s natural biodiversity has disappeared over the centuries, with farming and urban spread triggered by the industrial and agricultural revolutions being blamed as major factors for this loss’ (Guardian, 10 October).

Animal and plant life is of course essential to human survival and progress, and diversity is crucial, for a number of reasons. Soils need to be protected, nutrients stored, and in general ecosystems maintained. Species depend on each other: crop by-products feed cattle and cattle waste feeds the soil; bees fertilise plants; large carnivores prey on herbivores and so prevent them from grazing more and undermining the environment.

The International Union for Conservation of Nature (IUCN) maintains a Red List of Threatened Species, using categories such as Vulnerable, Endangered and Critically Endangered. According to their website, ‘Currently, there are more than 138,300 species on The IUCN Red List, with more than 38,500 species threatened with extinction, including 41% of amphibians, 37% of sharks and rays, 34% of conifers, 33% of reef building corals, 26% of mammals and 14% of birds.’

It is estimated that altogether around a million plant and animal species are at best insecure, around half of these being insects. The causes of all this include the loss of natural habitats, over-exploitation such as over-fishing, climate change, pollution, and the spread of invasive disease and other species. Humans rely on a relatively small number of food crops, and billions rely on just three (maize, rice and wheat); global heating may place these in a precarious position, with greater diversity one way to combat this. The loss of animal pollinators will reduce crop outputs. It is not just food, for many medicinal plants are under threat, and billions rely on them for combatting disease. Snowdrops have been used against headaches, and an alkaloid derived from them is used to treat Alzheimer’s. But over-harvesting has led to many snowdrop species, and others, being under threat. Penicillin is one of many medicines derived from natural sources. 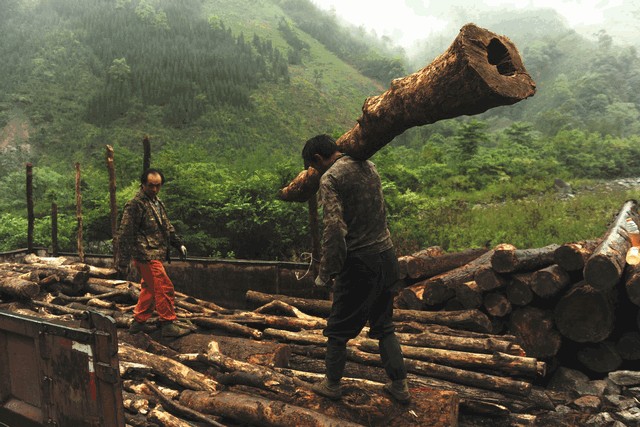 Wasps may strike you as a bit of a nuisance, liable to sting you. But in fact they play a major role as pest controllers: they hunt caterpillars, locusts, spiders and flies. More generally, insects pollinate plants, recycle organic material, keep soil healthy, disperse seeds, and are a source of food for many larger creatures. Predators are an essential part of nature, limiting the numbers of animals lower down the food chain. Apex predators, such as wolves, can play an important role in reducing the impact of the animals they prey on, and of those that their own prey consume. Climate change can also have a major impact on biodiversity. Up to sixty percent of coral reefs are dying because of global warming, yet they support thousands of species and provide both food and medicines to humans.

Many efforts are being made to combat species loss, or at least to discuss how to approach it. In September a big biodiversity meeting was held in Marseille, organised by the IUCN and there will be a UN summit on the same topic next year in Kunming, China, following an online get-together this October.

Many countries have established national parks as one means of protecting wildlife and maintaining biodiversity, but these have not always been straightforward in their effects. In Africa, for instance, many national parks led to the eviction of local people, while in Peru the lives of indigenous people have been transformed in negative ways, such as being forced to use Spanish rather than their native languages and being cut off from their traditional sources of food and medicines. In the words of one Peruvian activist, ‘They are oppressed in the name of conservation’.

Many conservation projects have met with some modest success in enabling species to survive, albeit often encountering problems too. Whooping cranes in Canada and the US were down to just twenty-one birds by the mid-1940s, but a captive breeding programme that began in the 1960s has boosted this number to over eight hundred. The Sumatran rhino may have as few as thirty specimens in the wild, and even attempts at captive breeding have proved challenging. In Sicily the Zelkova tree has been subject to much research into how to raise new saplings, but getting them to acclimatise outdoors has so far proved difficult.

What are the implications of all this? The loss of species is not itself a bad thing, as it has been happening for hundreds of millions of years. But the current rate is, to say the least, very concerning. For the fact is that humans and other animals need a diverse planet to live and thrive on, and biodiversity loss is rendering the natural world less supportive of life, less able to feed and cure its population. It is clearly a major problem, of an order of magnitude comparable to global warming, which is itself a contributory factor. There is no simple criterion or goal such as net-zero carbon or being climate-positive, or a target of limiting temperature rise to 1.5 degrees, but the idea of stopping or slowing biodiversity loss is clearly important. We cannot say that a socialist society would be immediately able to solve biodiversity problems, any more than that it would immediately solve climate change. But a society based on meeting human need and working in harmony with the environment is a far better place for tackling these problems than capitalism, which has been the major contributor to them and is concerned with profit rather than the wellbeing of the planet and its inhabitants.