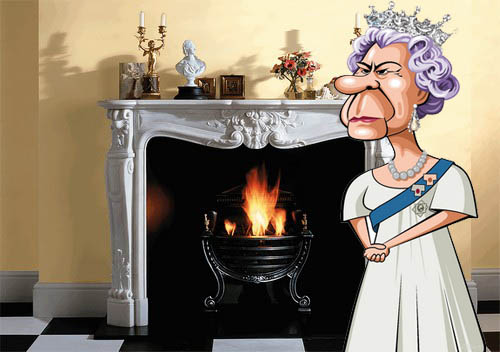 Anyone who cares about the environment and global warming (which ought to be everyone) must have been appalled by news stories late last month that illustrate how the vast majority can want one thing while governments do the complete opposite. The fact that global fossil fuel production is not going to go down but up in the next decade, despite all the IPCC reports, the Paris Agreement, and all the pledges, shows that when it comes down to it, there’s no stopping the juggernaut of capitalism. Oil, gas, even coal use are expected to rise to double the level required by the Paris Agreement, making the 1.5°C threshold look increasingly like a bad joke.

But what are countries that derive their income largely from fossil extraction supposed to do? Of course they will mouth platitudes at COP meetings but they’re not seriously going to gut their own economies for the sake of the global common good. Quite the opposite, they’re going to increase production if there’s money in it, with the result that ‘governments continue to plan for and support levels of fossil fuel production that are vastly in excess of what we can safely burn’ (bbc.in/3vubcZZ).

Even the Queen recently felt compelled to note how irritated she was that politicians do a lot of talking about the climate but don’t DO anything, a point that would have been fair comment from anyone else but is a pretty staggering piece of hypocrisy from someone who, as Marina Hyde pointed out in the Guardian, travels everywhere by helicopter and private jet and ‘whose lawyers very recently lobbied the Scottish government in secret to change a draft law to exempt her private estates from a major carbon-cutting initiative’ (bit.ly/2Z8VVla).

Not only is no country on track to meet its climate targets, no country has any credible way of doing so. The UK’s best-case scenario is to achieve about a fifth of what it needs to do. If it even manages that it will be miraculous.

Is this just because governments are clueless and don’t care? No, it’s because capitalist economics is clueless and doesn’t care. Its logic is straight out of Alice in Wonderland. As an example, the UK is a world leader in offshore wind and has pledged to quadruple capacity to 40GW by 2030, potentially supplying electricity to every UK home (at least when the wind is blowing). Great, so what’s the problem? Well, the more there is of something, the lower the price falls, thus wind companies face a declining incentive to invest in more capacity (bbc.in/3vrBhc8). Abundance is great for people but terrible for business. That’s why there’s a gas shortage. That’s why oil prices are high. Capitalism depends on keeping things in short supply, even to the extent of destroying food and burning clothes. And when oil prices are high, people invest in alternatives like renewable energy, which you might think is good, but it also means more Arctic oil drilling and more deforestation. In climate terms, there is no ‘ideal’ capitalist situation. A win is always a lose somewhere else.

While climate campaigners have the luxury of making absurdly unrealistic demands, like net-zero by 2025, governments know they have to manage a system that puts profits first, and simply cannot back any reform which endangers this. So the UK government – so keen to position itself as a global leader on climate action – has recently defanged its own ‘landmark’ Environment Bill by rejecting virtually all the changes that environmentalists wanted, such as protection for ancient woodland, legal pressure to stop water companies polluting rivers, and not exempting the armed forces (a huge source of GHG emissions) from environmental restrictions (bbc.in/30NyVJH). Perish the thought that the army can’t drive its obsolete tanks or the navy its plane-less aircraft carriers because of namby-pamby climate concerns!

Governments exist to keep capitalism going, not to undermine it. Just as the poorest find their Universal Credit being cut in the name of the gigantic Covid deficit, chancellor Rishi Sunak has announced he’s cutting corporation tax surcharge on banks from 8 to 3 percent to keep the City competitive (bit.ly/3aV7SxI).

Meanwhile, as if to add insult to injury, the media is full of news stories about how you yourself can ‘save energy at home and help the planet’ with meaningless little gestures that George Monbiot describes as ‘micro-consumerist bollocks’, and expensive domestic modifications that none but the well-off can afford. Now the government has announced a ban on new gas heaters from 2035, which means that if you’re a young couple now, even in the unlikely event you can afford a house, your gas boiler will be just about ready for replacement when the ban comes in. Then the poor who can’t afford the approximately £6-18,000 for a heat pump will presumably have to dance all winter to stay warm (not to mention run all the way to work because they can’t afford an electric car either). But fear not, the government’s recent announcement of a £5k subsidy for heat pumps means that anyone with a spare £10k to spend will be quids in.

Capitalism isn’t going to change how it operates for anyone. Instead governments rely on greenwash announcements about what increasingly cynical Greta Thunberg calls ‘fantasy-scaled, currently barely-existing, negative emissions technologies.’ Or, as she puts it even more succinctly, ‘blah blah blah’.

The 2007 Stern Report called climate change ‘the biggest market failure the world has seen’. In September this year even the UK business secretary admitted that it was a ‘market failure’ (bit.ly/3AYHQUI). Is it so hard, in the light of all the above, to conclude that markets simply don’t work, that capitalism is a ‘weapon pointed at the world’, as Monbiot says? The alternative isn’t soviet state capitalism or living in caves, it’s democratic common ownership where there is no out-of-control growth caused by the perpetual race for profit because there will be no markets and no money system. Capitalism’s greatest success is that it has made itself obsolete by delivering the technology, the communications and the know-how for us to actually turn the world into a giant volunteer cooperative, with no rich and poor, where we can all be free of the worst that capitalism dishes out and instead enjoy the best that life can offer. Why buy when you can just have? Why sell when you can just give? That’s not a utopia, it’s a practical and sustainable alternative to a system that is doing its best to destroy everything. There are a huge number of things we could do right now to limit climate change, halt species extinction, stop wars for oil or profit and stop terrible human misery and deprivation. But first we need to get real about the thing that, above all else, is driving these problems in the first place. It’s not human production, it’s human production for profit. We need to get real about capitalism. Instead of appealing to useless governments to ‘fix’ it, we need to start mainstreaming the debate about progressing beyond it altogether.

One Reply to “Pathfinders”