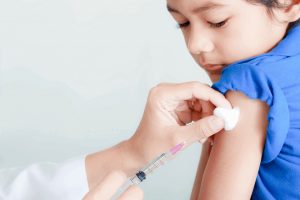 Writing of manual scavenging – ‘the age-old unfortunate practice of cleaning, carrying, and disposing human excreta from dry latrines or sewers into the disposal sites’ – in India (countercurrents.org, 24 December), Ashish Joshi notes that ‘…despite prohibitive legislations in place, a government survey from 2019, carried out across 170 districts, found that over 54,000 people actively engage in the practice. In 2019 alone, 110 people died while cleaning septic tanks and sewers. For a job that has been outlawed for years, the manual practice continues without providing even the essential safety equipment that must be provided to the people engaging in this dangerous job. It is regrettable for a country that has been to Mars and back that we still have not eradicated this sordid practice from our societal fabric’. Eclipsing the Mars mission in terms of speed and potential is the development of vaccines against a pandemic that daily kills 10,000 people. Mainstream media, however, largely ignores the 25,000 who die every day from unnecessary starvation, the 3,000 children who die every day from preventable malaria, and the 10,000 people who die every day because they are denied healthcare. Neglected tropical diseases are common in 149 countries, and affect more than 1.4 billion people (including over 500 million children). Their eradication is possible but not profitable.

Rotten
‘There must be something rotten in the very core of a social system which increases its wealth without diminishing its misery…’ This comment is as valid today, quite possibly more so, than when it first appeared as part of the introductory sentence to an article penned by Marx in the New York Daily Tribune of 16 September 1859. He observed that the ‘Irish famine of 1846 killed more than 1,000,000 people, but it killed poor devils only. To the wealth of the country it did not the slightest damage’ (Capital, Vol. 1, p.658). Fast forward 175 years and we learn that despite the misery of millions, the ‘net worth of US billionaires has soared by $1 trillion to total of $4 trillion since pandemic began’ (americansfortaxfairness.org, 9 December 2020). ‘Their pandemic profits are so immense that America’s billionaires could pay for a major Covid relief bill and still not lose a dime of their pre-virus riches. Their wealth growth is so great that they alone could provide a $3,000 stimulus payment to every man, woman and child in the country, and still be richer than they were nine months ago.’ The journalist A R MacLeod tweeted (21 December): ‘The word “missile” appears 19 times in the COVID Relief Bill. “Aircraft” appears 208 times. “Munition” 46 times. “weapon” 46 times. “Healthcare” = 24. “doctor”/”nurse” = 5. “masks” = 0.’ And asked: ‘Who and what exactly is this bill really for?’ Indeed.

System
Comparing Boris Johnson’s ‘incompetence’ with that of WWI General Haig, Patrick Cockburn (counterpunch.org, 22 December) writes: ‘The estimate for excess deaths in Britain caused by government failings during the first and second waves of the epidemic now total about 50,000 people, adding together the estimates from Sir David King and the Sunday Times report, a number that will inevitably increase in the coming months.’ Johnson’s failings are really those of capitalism at work and are found worldwide. Mexico’s excess deaths passed 250,000 in December, and ‘Overall, a lower survival from COVID-19 was evident in the poorest population groups. Therefore, combating extreme poverty deserves to be a central prophylactic strategy’ (mdlinx.com, 24 December 2020). Mexico is just one of many countries where our class has a worse survival rate because of poverty. Band-aids, whether plasters or pop stars, offer no solution. Neither do platitudes from Oxfam: ‘No one should be blocked from getting a life-saving vaccine because of the country they live in or the amount of money in their pocket. But unless something changes dramatically, billions of people around the world will not receive a safe and effective vaccine for COVID-19 for years to come’ (medicalnewstoday.com, 18 December). Dr. Rosa Luxemburg offered us a prescription in 1918: ‘During the four years of the imperialist slaughter of peoples streams and rivers of blood have flowed. Now we must cherish every drop of this precious juice as in a crystal glass. The most sweeping revolutionary action and the most profound humanity—that is the true spirit of socialism. A whole world is to be changed. But every tear that is shed, when it could have been staunched, accuses us’.

System change
Professor Riccardo Petrella in an article titled Health for all? (wsimag.com, 21 December 2020) writes: ‘The fight against impoverishment remains a policy of aid, of charity, not a fight to eradicate the structural factors that cause impoverishment; the countries that signed the Treaty of Paris undertook to allocate 100 billion a year from 2020 to the fight against climate disaster. Well, none of the powerful dare to say where the 100 billion is; we know, however, by whom and where the trillion and 800 billion were spent in 2019 on armaments, 25 percent of which would be enough to cover all the above-mentioned financial needs. Finally, we know that military spending will not decrease in 2020.’ John Boyd Orr, former director of the Food and Agriculture Organisation, was candid in stating: ‘a world of peace and friendship, a world with the plenty which modern science had made possible was a great ideal. But those in power had no patience with such an ideal. They said it was not practical politics’ (Daily Herald, 29 July 1948). A post-capitalist world of peace and plenty has long been possible. Let us make it so.