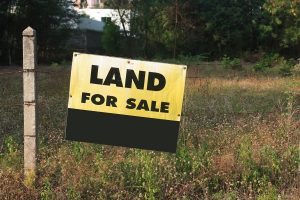 This is the title of a ‘…shocking film on the privatization of American public lands. “We’ve arrived at a moment,” Herring says in the film, “where we are going to decide whether we’re going to keep the birthright and the legacy of our public lands [system] or whether we simply want to unleash the forces of industry and live in a world where everything is for sale.” In other words, the November elections could determine the fate of many of the most iconic and cherished ecosystems in the US, from national forests to wildlife refuges’ (theguardian.com, 25 September). This month’s election in the US has not changed anything: capitalism continues and everything remains for sale. The National Trust’s 2,480 km2 of land – with its 1,300 kilometres of coast, 500+ historic houses, castles, ancient and industrial monuments, gardens, parks and nature reserves — might be seen as inalienable, yet Parliament can override this. If capitalism really wants something then wildlife, natural beauty, peace and quiet, or anything else, will take second place.

Thre is one for sale in Wilmington, North Carolina.’The Town paid $25 for the land, and used it to house hurricane debris and trash. The only thing that now stands between the Beach and a $1.05 million sale is a snafu involving an N.C. contractor and state regulators, who disagreed on how much it should cost to clean the former landfill’ (portcitydaily.com, 25 September). In fact, capitalism does put a value on a summer’s day. And on a work of art. On a mosque. A social system which works by profit, whose wheels are lubricated by money, must put a price on everything. It bruises many sensitivities in the process, but capitalism can work in only one way.

‘Police in Vietnam have busted a factory that took recycling one step too far. Some 345,000 used condoms were seized from the factory near Ho Chi Minh city, where they had been boiled, reshaped with a wooden phallus, and packaged for resale, Reuters reports. According to state media, the 34-year-old woman who owned the factory said it had received a “monthly input of used condoms from an unknown person.” Health officials said the recycled rubbers posed an “extreme health risk” to users, reports the AP. The factory was raided after a tip from a local resident. Police said the factory owner told them she was paid 17 cents per kilogram of recycled condoms. She has been detained and authorities are seeking other people involved in the operation’ (newser.com, 25 September).

(i) for the gullible 99 percent. According to Dr. Vikas Mishra, ‘People are happily wearing these cards and moving around in crowded places which exposes them to the infection. Believing that any unverified and untested product would save one from the virus is foolishness and also exposes people to the danger of catching the infection…’ (news18.com, 21 September). Apparently, medical ‘..stores are earning a handsome amount and owners say these cards are selling like hot cakes.’

(ii) for the 1 percent. ‘Starting an overseas holiday with two weeks quarantine may not sound deeply appealing, but a tour operator says well-heeled clients are prepared to do it. Both National and Act party border control policies would allow foreign tourists to stay in privately managed isolation facilities that met strict rules… The package, including two weeks in an isolation facility, would cost $15,000 to $20,000 per person, and she said if up to 700 people were allowed in over the coming summer, they would generate $10m to $15m in tourism income…’ (stuff.co.nz, 22 September).

‘The super-rich are already living the best lives. Now they’re trying to make those lives

last forever with a wide array of weird and wonderful ideas from the fringes of science… Ambrosia is one of three outfits looking at experimental “vampire” blood transfusions that put the blood of young people into the veins of oldies. According to commercial finance experts ABC Finance, the cost of the trials currently ranges from £6,000 to about £215,000. The technique has worked well in mice, although as yet there are no positive results from human trials’ (dailystar.co.uk, 19 September). Such developments come as no surprise to socialists who have long understood capitalism’s voracious nature and how it seeks ever new ways to drain what it can out of the working class. Marx noted: ‘Capital is dead labour which, vampire like, lives by sucking living labour, and lives the more, the more labour it sucks’ (Capital, Volume 1, Chapter 10). Capitalism causes pollution, war and want, but for the system to continue it must avoid eradicating its source of unpaid surplus value. Indeed, the introduction of basic healthcare, welfare payments and even parks is primarily in the interest of the parasite, not the host.

‘Work with us. Do not believe those who tell you any political party, or any “reformers” 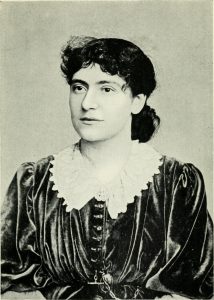 or any special legislation, can do away with crimes that are only the result of our whole system of society to-day. If you would do away with these crimes, you must do away with their cause. Help us. Help us to save not only yourselves, men and women; not only your little children. Help us also to save the very criminals, who now “drain your sweat and drink your blood.” Come to us. Join hands with us; and hand in hand, heart to heart with us, labour in this great cause. Never forget that when once the people will there is no gainsaying them. Once you rise “in unvanquishable number,” you are many, they — your enemies — “are few” ‘ (Eleanor Marx-Aveling, The Pall Mall Gazette, August 1885).