Material World: ‘Too old to work, too young to die’

People are living a lot longer which should be good news but not so under capitalism. Ageing populations are viewed as a threat to prosperity, rather than a sign of human achievement and progress.

With a lower fertility rate (see last month’s article), the ageing of the population is inevitable. 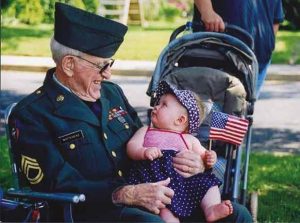 For the first time in history, the number of people aged 65 years and over will exceed the number of children under 5. With the ‘greying’ of the world’s population, governments are struggling to support the elderly.  As long as women are not willing to return to being baby-breeders to counter-act the trend, by 2030 there will be one billion more older people, accounting for 13 percent of the total population.

While some of the developed nations are raising the age of retirement, making their old people work for longer, the increased longevity and the growing proportion of elderly are raising serious economic concerns. In particular, population ageing is resulting in growing financial stresses on retirement pensions, health systems and social care programmes. Reluctant to raise taxes on the capitalists, the state attempts to address the mounting costs by largely adjusting benefits, contribution rates, savings plans and raising the age of retirement. But socialists possess a greater vision: that we shouldn’t be aiming to extend the domain of work into old age, but to extend the domain of non-work into young age.

The current pension problems in the advanced capitalist countries will pale into insignificance compared with what is coming for the rest of the world  that has no welfare system, where the ratio of elderly people will rise faster than in the industrialised world, casting vastly more numbers of their old folk into poverty. An indication of the rate of this ‘population ageing’ is the time it takes for the proportion of people over a retirement age of 65 to double from 7 percent of the overall population to 14 percent. In France this process took more than a century. In China, it is projected to take less than a quarter of that time, perhaps just 25 years. In Vietnam ‘population ageing’ is set to rise even faster with the proportion of elderly projected to double over a mere 17-year period.

Centenarians represent a small fraction of the world’s current population of 7.3 billion, about one centenarian out of every 16,000 people. Over the coming decades, however, this rate is expected to increase rapidly and by the close of century is projected to reach one centenarian out of every 425 people. Other studies have been more optimistic about the chances of becoming a centenarian, estimating that more half of the babies in advanced industrialised nations can expect to live 100 years. Bringing more women into the workforce and lengthening the working years of older workers may well not be sufficient to solve the demographic problem. The other alternatives will be to increase productivity either by automation or with more immigration.

Many believe robotics can help a country overcome the handicap of a fast-ageing population and a declining workforce. The source of all unearned income is what Marx called the surplus value produced by workers over and above what they are paid. It is out of this unpaid labour that not only the rich but the whole non-productive superstructure of capitalist society (the armed forces, civil service, legal system, banking) has to be maintained. What allows capitalism to maintain an enormous non-productive sector is its high level of productivity in the productive sector. Pensioners too are maintained out of this surplus. Pensions are a transfer payment from the profits of the capitalists, even if ultimately these profits come from what workers produce. It is the increasing productivity that will determine how well society will be able to support the expected increased proportion of retired people in the population.

The data make the case that there requires a general increase in immigration. Migration can offset many of the adverse effects of an ageing population on the labour market, with the average age of migrants being lower than the host population. Immigration is a sensitive issue in numerous countries. Paradoxically, those countries facing dropping birth rates and increased ageing, are opposed to immigration. In addition to rising public opinion opposing immigration, many governments are tightening border controls, erecting fences and walls, adopting policies to significantly restrict immigration. And it’s not just about the numbers – migrants bring new ideas and a new dynamism to a society’s culture.

The Socialist Standard could fill its pages with articles about the appalling care given to the aged and infirm under capitalism today. Many charities strive to improve conditions for the elderly but ultimately they will fail because they try to reform capitalism instead of changing it. When workers decide to abolish the wages system and produce for human needs instead of profit, then hardship and insecurity in old age could become a memory of capitalism’s barbaric past. Join us and help to build a new system of society where young and old can live out their lives with respect and dignity in a world where the true meaning of community prevails. Socialism will abolish the concept of retirement and fulfil the promise of a world providing all the prerequisites of a good life, regardless of age or physical ability.

One Reply to “Material World: ‘Too old to work, too young to die’”