‘Coronavirus has united left and right on value of universal basic income’, was the headline of an article in the Times (2 June) by Philip Aldrick, its Economics Editor. This is the reform to capitalism under which the state would pay each of its citizens an unconditional minimum income.

The ‘right’ favour it to take the place of free and subsidised services provided to the poor; they want to give them instead the money to buy these services from private capitalists, The ‘left’ see it as a desirable social reform, some as a way to break the link between income and work. The Scottish First Minister, Nicola Sturgeon, has endorsed it, on behalf of the ‘centre’. Socialists are not keen on it at all.

On the face of it, giving people more money to spend seems a good idea. Who doesn’t want more money? But it won’t work, at least not as intended; for two reasons.

The first is that the payment from the state is never going to be much more than ‘basic’, something near the poverty line such as the level to which in Britain a person’s income is made up to under the Income Support scheme. This is in part because the capitalist state will want to keep the amount spent on UBI down, but also because, if the income was too high, it would undermine the economic coercion that is behind the wages system.

If people could live, even if rather sparsely, on the income there would be less pressure on them to go out and find an employer. Some advocates of the scheme say this would strengthen the low-paid workers’ bargaining position and see it as a reason why it should be introduced. But this is precisely why no capitalist government would introduce it at any level other than around the poverty line.

So, if introduced, it would only be as a tweak to the welfare or tax systems, with the basic income replacing other benefits, amounting to no more than a ‘redistribution of poverty’. The results of the Finnish experiment (tinyurl.com/y93baxxv), on which reformists placed such hopes, showed that it did bring some benefit to the unemployed who received it in that they no longer had to submit to what even the Economics Editor of the Times called ‘intrusive and dehumanising’ means testing, nor trying to find a job that wasn’t there (capitalism needs a certain level of unemployment, so there are always going to be some unemployed), nor going on useless courses about how to fill in a CV. On the other hand, those receiving it didn’t show any extra inclination to seek out a job; which was why it is not going be adopted.

The other objection to the scheme is that, as it would be paid to every citizen, whatever their situation and even if they were employed, it would be bound to have an effect on wages; it would strengthen the employers’ hand in bargaining over wages as the price of people’s working skills. Wages reflect the cost of reproducing these skills. So, if wage-workers are paid an amount by the state, the employer will not need to pay so much. This wouldn’t happen immediately but it would exert a pressure for money wages not to rise in line with the general price level. In the end, what the right hand gave the left hand would take away. 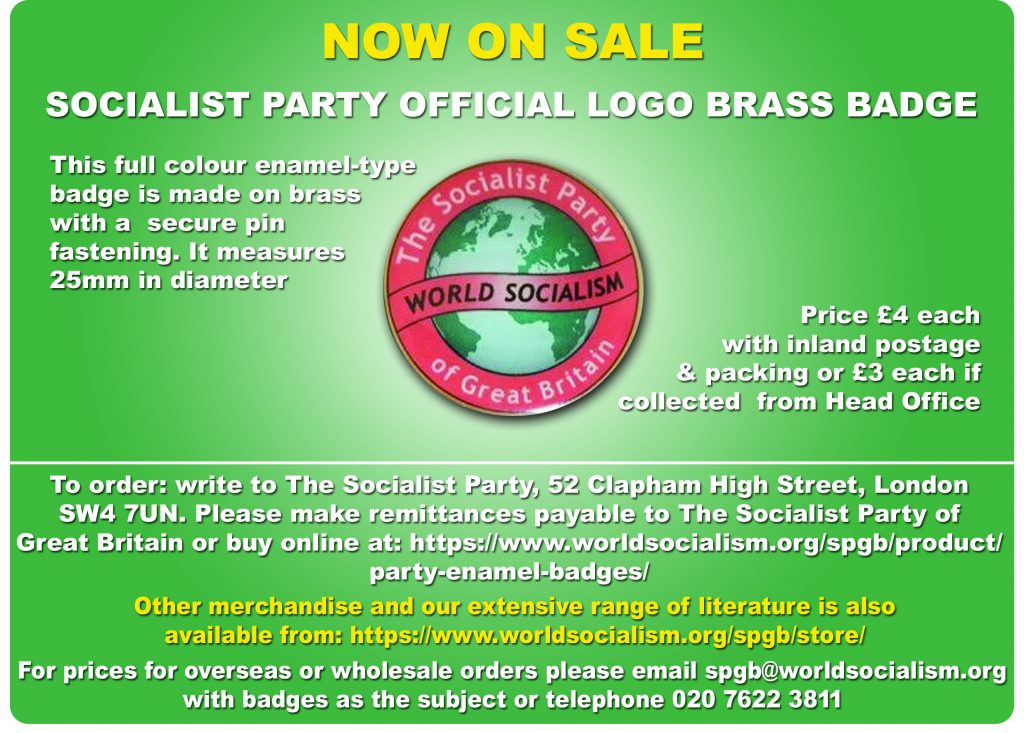 3 Replies to “Cooking the Books I: UBI – Useless Baseless Initiative”