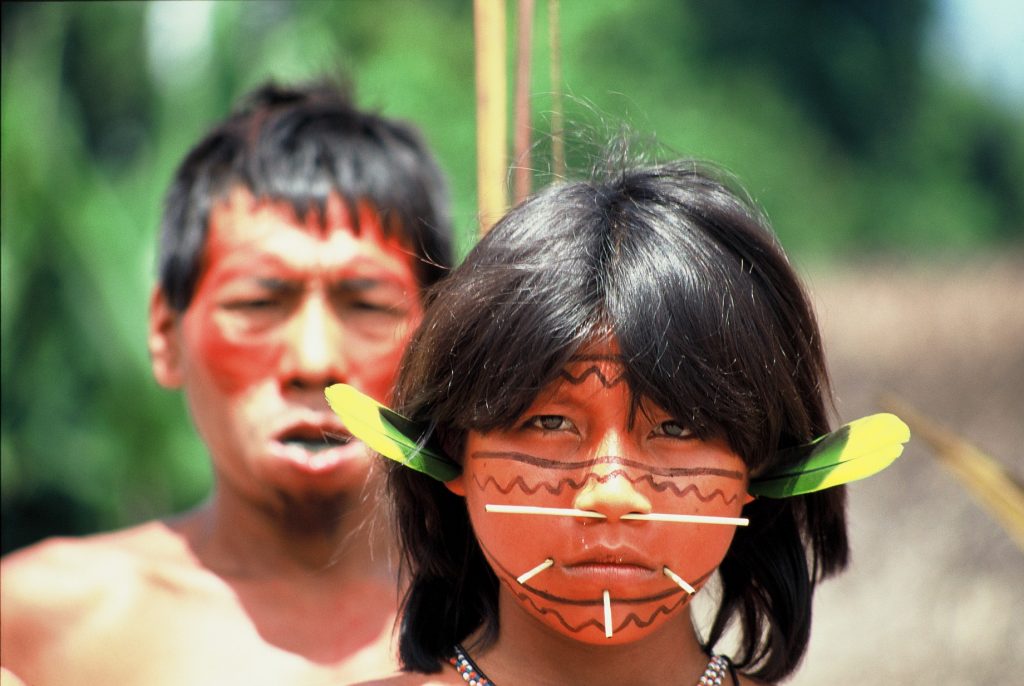 One indication of the global spread of the coronavirus was the report (Guardian online, 10 April – bit.ly/3cTUxUJ) that a member of the Yanomami indigenous people in Brazil had died after contracting Covid-19. It was not clear how he had become infected but it was entirely possible that it had been through direct or indirect contact with the gold-miners who have flooded the territory of the Yanomami (also known as the Yanomamo).

This was of course by no means the first Yanomami casualty resulting from contact with non-Amazonians. It is difficult to establish firm figures, but a great many have died from contracting diseases to which they had no immunity. In 1982, more than half the children in one area died from whooping cough, and there have been plenty of epidemics of other diseases too, such as measles, smallpox and malaria. More widely, only 800,000 in Brazil classify themselves as indigenous, out of perhaps as many as 15 million prior to European contact (though estimates vary greatly), with many peoples having become extinct or suffered drastic reductions in population. For instance, the Nambiquara numbered twenty thousand when first visited by Europeans in 1909, but are now just twelve hundred.

Nor was it just a matter of death through disease, as there have been many wars and invasions aimed at indigenous peoples and their defenders. There have also been targeted assassinations, the best-known being that of Chico Mendes in 1988, after his efforts to protect peoples and forests. He was killed by a rancher after receiving many death threats.

The main aim of the government and other ‘outsiders’ is to exploit the vast resources of Amazonia. This began with the rubber boom in the late nineteenth century, centred on the rubber tree that is native to the area. By 1910, four-fifths of the Brazilian government’s income came from the rubber trade, but the bubble burst after that, as rubber seeds had been smuggled out of the country and taken to plantations in Asia. More recently, the interest has been in metals such as tin and, especially, gold. Prospectors have moved into the Amazon area in vast numbers, disrupting the lives of local people and polluting rivers and ponds. Thousands work as modern slaves, on farms, construction sites and so on. From the late 1980s, the Brazilian government developed a plan for building massive hydro-electric dams, implying long-distance transmission lines to convey the energy to industrial centres on the Atlantic coast. This was partly aimed at reducing the country’s dependence on oil imports, but entailed large-scale borrowing and occupying land traditionally settled by indigenous peoples (and, again, spreading disease). At least a million people, indigenous and others, have been affected by dam construction.

The Yanomami, who live on both sides of the Brazil–Venezuela border, are among the most-studied of all tribal peoples, and anthropologists often refer to them as ‘the fierce people’, on account of the extent of the fighting that takes place in many of their villages. They practice female infanticide, which leads to a gender imbalance and much conflict over women. Marvin Harris (Cannibals and Kings) argues that population and ecological pressures, not any innate aggressiveness, are the main reason behind their fighting: villages break up as a way of dispersing population when game resources are too limited.

Yet the Yanomami are not just fierce warriors: they share food as a way of showing friendship. They have no interest in possessions, and the goods of a dead person are systematically destroyed as a way of cancelling their memory, rather than passed on to other family members. ‘The Yanomami are warriors; they can be brutal and cruel, but they can also be delicate, sensitive, and loving’ (Jacques Lizot: Tales of the Yanomami).

They have also had to withstand massive changes to their lifestyle:

‘What cultural earthquake in the West could possibly let us experience change on the same scale as the sudden and simultaneous arrival of shotguns, malaria, helicopters, writing, land ownership and political autocracy among people who had never seen any metal object only one generation ago?’ (Dennison Berwick: Savages).

Berwick notes that change is an inevitable consequence of meeting between Westerners and indigenous peoples, and may be beneficial to both, with, for instance, many forest plants having medicinal value. But conquest and genocide are the likely result of contact aimed at exploiting land and resources. The transmission of disease may be unintended but can be just as destructive, and the coronavirus has led to many of those working to protect people and environment leaving the area, allowing loggers and miners to move in.

As on so many occasions, considerations of profit and power outweigh any regard for human health and well-being and for the good of the environment.