Wood For the Trees: Life without socialism 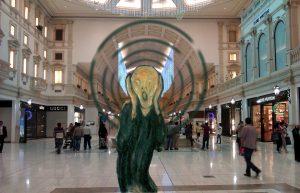 Socialists sometimes forget what it’s like not to be a socialist. We search in vain for memories that pre-date our political consciousness because memories are always filtered and coloured by our present values and perspectives. But it is important for us to try and see the world as others do – as we once did ourselves – so that we can effectively communicate with those who oppose or misunderstand us.

In the absence of reliable personal pre-socialist memories we have to rely on our imagination. What must it be like to live in a world without meaning or purpose? This may seem an unduly harsh judgement but remember this is the imagination of one who is convinced that his or her role in the resolution of the class struggle is, at this historical stage, the only truly worthwhile activity. Everything else is a distraction. Of course socialists enjoy sports, the arts and personal relationships etc. but these are always secondary to the quest to regain our humanity or, more precisely, to reinforce and build on what remains of it. Despite the best efforts of the powerful and parasitical they can never entirely destroy our social and moral characteristics.

The most dominant form of distraction and, paradoxically, of escapism is the reality of making a living. This financial imperative can be so all consuming and overwhelming that whole lifetimes are lost making profits for the parasite class. This level of pressure, we are sometimes told, leaves no time for political activities. Even what little opportunity people have for quality time is defined by the entertainments controlled by their rulers – meaningless soap operas, unending football seasons, empty pop music, overpriced restaurant food etc., etc. Holidays are spent being catered for by other wage slaves who just long for the day to end. This simulation of pleasure is purchased by the alienated labour of others just like you. Everything you consume is only available because it makes a profit for a tiny minority whose lives are even more meaningless than yours. Consumerism demands these fantasies because it has nothing else to offer. This is how socialists see our world. Now let us try and imagine how non-socialists see things.

Finding a ‘significant other’ and securing a well-paid job seem to be the main priorities of most non-political individuals. This is the underlying motivation that projects the individual on a trajectory of conformity and slavery which they hope will eventually bring fulfilment and happiness. The dream seems elusive and always just beyond their reach but they have committed their life to it and to turn back would mean that all of their efforts and dedication have been wasted. Then, to make things worse, they meets a bloody socialist who tells them just that! But they can’t go back: the next job, the next relationship, the next therapist or political leader will give it all meaning. There then occurs a measure of cynicism that reflects the failure to achieve the goals that society imposes. They see in the playful and naïve activities of their children a painful reminder of their own hopes and dreams and become impatient to impose the restraints of a sick maturity born of slavery.

And what of the few who become ‘successful? Politicians, sportsmen, businessmen and celebrities of every kind will rationalise the years of ruthless competitive ambition or just dumb luck that has lifted them into the ranks of capitalism’s totems and their brief 15 minutes of fame. If they are lucky they will fade quietly into obscurity but many will be hunted and deconstructed by a media who’ll stop at nothing to find the scandal and corruption that inevitably attends success within a sick society and which alone can guarantee high sales for the media. The broken dreams of the majority seem to create in them an insatiable hunger to vicariously enjoy the destruction of those who appear to have realised their own ambitions.

But does seeing the world ‘as it really is’ provide a sense of achievement or even some measure of happiness for a socialist? Certainly we can take some pride in overcoming the conditioning imposed on us by the culture into which we were born but the subsequent obligation to partake in the political struggle can take its toll. The immense frustration of continually leading horses to water but not being able to convince them to drink can erode the soul of even the most firebrand of revolutionaries. We can take little comfort in our correct analysis and subsequent politically astute predictions in the face of the suffering of the world. Like Cassandra we seem cursed with an insight that so few can or want to hear. The return to a life of illusions sustained by a consensus born of ignorance is forever denied to us; we have torn apart the veil of lies and deception and can only continue the fight against the oppressors of the freedom that only the light of reason can illuminate.