Pensions have loomed large into the political landscape again. As an issue for our masters, they are like submerged icebergs that from time to time bob to the surface to impede ongoing profitability: agreements that stretch far into the future, which hamper the capitalists’ ability to invest today.

In December, France was gripped by days of a General Strike, which featured riots in the streets, and ongoing clashes between police and protestors. These clashes had all the appearances of being a continuation of the running battles between police and Gilets Jaunes that have been happening in France all year.

(As an aside, this situation is an instructive illustration of how propaganda in the media works. Clashes between police and protestors in Hong Kong made the top of the UK news schedule, but similar clashes in France, Haiti, Iraq and other countries around the world only made footnotes in an online resource to show that coverage is comprehensive.)

President Macron has sought to create a unified pension system, with an effective higher retirement age, to try to curb the cost of the French pension system, with workers getting points based on days worked (which will be to the advantage of those workers with broken career patterns, such as women who take maternity leave).This would replace a maze of different retirement ages and calculation methods. At the same time, some people will have their expectations lowered, and find themselves working longer for less.

Reform of pensions is the iceberg the Juppé government foundered upon, faced down with mass action by the trade unions in the 1990s.Small changes in pensions mean vast effects on the life expectations of millions of workers, and whilst they are for many far in the future, the understanding that one day we will all be too old and tired to be able to work looms large for each of us. Further, that sliver of comfort and leisure is a quid pro quo incentive to keep on working until we can get out of the exploitation system.

Likewise, in this country, and also little reported, tens of thousands of university workers have been striking. This despite the tightening of laws over calling strike action, which require a double majority both of turnout and of those eligible to vote in the strike ballot as well. As we reported earlier this year, this strike action has previously brought employers back to the negotiating table, and saw off their initial schemes which would have greatly reduced the benefits accruing to members of the USS pension scheme.

It was understood at the time that this was only round one, and it was likely that a subsequent round of action would be required to bring matters to a conclusion, thus the UCU (University and College Union) has successfully won a second strike and action short of a strike ballot, with pay and equalities now included as a part of the dispute. At the time of writing, employers are refusing to discuss pay levels.

They maintain that USS is an excellent pension scheme, and note that employers have seen their contributions rise dramatically (50 percent increase in employer contributions over 10 years).They argue that to guarantee the pension is funded in line with state regulations, employees should contribute more than the current 8 percent (the fact that that 8 percent comes from employees in any case is neither here nor there, and cost of living will continue to dictate employers will have to pay in net terms in order to attract and retain staff).

It is clear that the little they are offering at all is only in response to the solid strike action by university workers, and even if the union eventually accepts some increase in employee contributions, it will represent a huge improvement over the original offer.

Similar arguments can be heard over the WASPI women (Women Against State Pension Inequality).The Tory government brought in legislation to raise the retirement age for women in the UK to 65 in 1995, the WASPI campaign notes that many women born in the 1950s weren’t even notified formally until 14 years later. This has led to great difficulties in retirement planning for millions of women. As the WASPI campaign notes, a 1 year difference in birthdate can now mean a 3 year difference in retirement date. In 2011 the Coalition Government sought to raise the retirement age for the same cohort again.

In an election bombshell, Labour promised £58 billion of extra money (above their published plans) to compensate the WASPI women effected. Television pundits wittered on about why should Theresa May (who would qualify) get the money, but the principle, Labour argued, was that what was agreed all those years ago when those women entered the workforce should stand.

Other pundits noted that the interaction between the policy, which would see the women given compensation, and the benefits system would see women in the lowest income groups getting no benefit from the scheme.

The theme running through all this is one of ‘affordability’, but that is not affordability 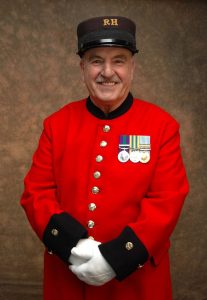 relative to the productive capacity of society, but relative to profitability. Pensions are a part of wages, they are not paid out because of the goodness of employer’s hearts, but instead because of a recognition that workers who are too old to work would be more of a hindrance than a use in the workplace, and, ultimately, they would end up having to pay the cost of looking after such workers one way or another (either in higher wages to working family members with dependents, or through charity).

Legally, pensions are commitments with individuals, and past agreements cannot be unilaterally altered. They form a part of wages which employers agree to pay when they take on staff – like the cartoon character, they will gladly pay us Tuesday for a hamburger today. All of their efforts to structure pension payments this way and that is about trying to minimise the individual and collective cost to employers.

The pensions issue is not about us living longer, but is the class struggle red in tooth and claw.