In the five-or-so minutes it’ll take to read this article, some 2,500 hours of new videos will be uploaded to YouTube. The website hosts videos of just about anything which anyone with the facilities wants to post. This means that we have instant access not only to obscure pop videos from 40 years ago and films of cats playing pianos, but also to views and experiences outside those of the mainstream media. YouTube is one of the most useful parts of the internet. But in practice, it’s tainted by having to be a money-making machine which uses sly methods to draw in more viewers. Videos often get rudely interrupted by adverts and there’s the vaguely unsettling way the site seems to know what else we might like to watch. Our previous searches for videos are turned into algorithms which then find similar content to suggest back to us. While this can be handy, it also has its downsides, especially with political content. Being prompted to watch more and more of the same set of opinions without comparing them to others can reinforce dodgy ideologies among any naïve viewers.

This has been exploited by right wing groups and individuals, whose YouTube content seems to heavily outnumber that of the left and often has slicker production values. It’s easier to find videos mocking ‘social justice warriors’ than videos by ‘social justice warriors’ themselves. Fearing that association with far right wing views might tarnish its brand, and therefore its profitability, YouTube has adjusted its algorithms to reduce bias towards far right content, stopped some uploaders from getting money through adverts and banned others.

But as well as the political dross, YouTube has a wealth of videos exploring revolutionary and radical ideas. A good enough starting point as any is a quick and brief debunking of the most common arguments defending capitalism, found in the video Top Ten Capitalist Arguments (tinyurl.com/v99uwwv). One of these is the claim that ‘capitalism promotes innovation’, refuted by research saying that financial incentives don’t really work and that more creativity happens when people believe their activity has intrinsic value, rather than just being a means to get money. Another argument is that ‘markets [are] a rational means of organising economic life’, disproved because about a third of food produced is wasted while people are starving, and also because some commodities have built-in obsolescence, being designed to stop working so we’ll go out and buy a replacement. The video also counters the notion that ‘capitalism is a result of human nature’ by pointing out that humans have existed for hundreds of thousands of years whereas capitalism has only been around for a few hundred. 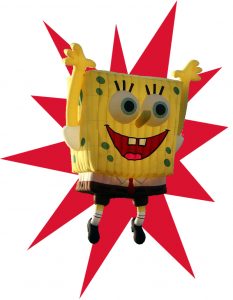 The ‘human nature’ issue is addressed in more detail in Wired For Culture – The Natural History of Human Co-operation (tinyurl.com/s2lkreu), a lecture from the RSA (Royal Society for the Encouragement of Arts, Manufactures and Commerce). In this, evolutionary biologist Mark Pagel explains how ‘human nature’ is fundamentally co-operative, rather than competitive. Both these traits developed from our distant ancestors living in and protecting their tribal communities. Although these early communities could be hostile to other groups, overall, co-operation has won out because it benefits us more than competition does.

But our drive to co-operate is frustrated by the divisions built in to capitalist society, and one way to explain this is through Karl Marx’s theory of alienation, covered by several videos on YouTube. Alienation is the way that capitalism, and especially employment, distances us from important aspects of our lives. The four types of alienation which class society leads to – alienation from the products of our labour, from our labour itself, from others and ourselves – are succinctly explained in a five minute video from Sociology Live (tinyurl.com/yx6l3s6d). A more emotive short introduction is K is for Karl – Alienation, presented by journalist Paul Mason (tinyurl.com/ve6bcme). He explains how the roots of alienation are in how capitalist institutions are privately owned, straight away estranging workers from them, further reinforced by their hierarchies.

Of course, the antidote to alienation is a society based not on the private ownership of production, but on it being owned in common and democratically managed. Such a society would not need money, and would instead be based on free access to goods and services. A world without money is explored in a video of a TED talk at the University of Edinburgh given by political writer Jade Saab (tinyurl.com/uo7jmpf). He gives an engaging summary of SPGB-style views about the benefits of a moneyless society, but then he goes and spoils it all by saying something stupid about governments. He doesn’t use the word ‘state’ but he seems to assume that governments can remain in a moneyless society. This might be sloppy wording on his part, as articles on his website suggest a more progressive view. For example, he says a moneyless society ‘would require a fundamental change in our economic system away from the private ownership of the means of production, towards a democratic model where citizens and workers can determine how the means of production are managed and what is done with them. Only through the democratic control of the means of production can we then democratically decide how access to goods and services produced can be managed’. He adds that a moneyless society would ‘challenge our very notion of what ‘countries’ are and how they function. I do not believe that a ‘world government’ will evolve but collaboration would naturally lead to forms of federation where resources, their extraction, transformation, and distribution is discussed through democratic systems. The UN and the EU provide interesting templates of what these collaborative ‘super-structures’ may look like’ (tinyurl.com/wuen59t). Saab’s viewpoint would benefit from a bit more class consciousness and imagination to think beyond capitalist structures, but otherwise much of what he says is familiar to socialists. As YouTube shows, radical ideas are out there waiting to be found, helping to counter reactionary views from both the right and left. The Socialist Party’s own videos can be found on the YouTube channels ‘TheSPGB1904’, ‘pfbcarlisle’ and ‘Liverpool SPGB’, among others. However, searching for ‘SPGB’ occasionally also brings up videos of SpongeBob SquarePants, presumably thanks to a stray algorithm.