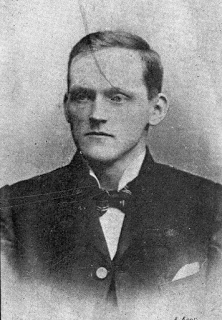 Mr. Philip Snowden. M.P., has, we understand, sailed for a three-months’ trip to the United States and Canada, chiefly with the idea of forming a Labour Party in the latter country. As we should not like our Canadian fellow-workers to fall into Mr. Snowden’s trap we give the following details of his political career.
Mr. Snowden, as most people are aware, is a strong opponent of the “drink traffic.” In common with most temperance fanatics, his language — as the following quotation shows — is almost puerile in its violence and intemperance. At a meeting of the Bradford Band of Hope Union he said:

The absurdity of the lying statement which serves to express Mr. Snowden’s contempt for the class on whose backs he has climbed to his present eminence, is only equalled by the gratuitous insult offered to the very men he is, as Labour I.LP., ostensibly representing.
Mr. Snowden in 1908 appeared to have a touching faith in the good intentions of the leader of the Liberal party. Writing in the Christian Commonwealth in December of that year he said:

There is nothing of the hypocrite in Asquith. He never prevaricates, as most of his ministers do, to escape from declaring the fulness of an unpopular truth . . . I do not believe there is a more honest man in politics today than the present Prime Minister.

Does Mr. Snowden still think there is no hypocrisy, no prevaricating on the part of Asquith over the “Lords” question? Perhaps, however, there is more underlying this fulsome flattery than meets the eye. It will be remembered how John Burns defended the action of Asquith in using the military to shoot down the miners at Featherstone, and how he was subsequently rewarded for this and other services rendered to the Liberal party with a seat in the Cabinet. Mr. Snowden, taking a leaf out of Burns’ book, has also defended the methods adopted by the Liberals at Featherstone and Belfast. Writing in the Sheffield Guardian, Aug. 23, ’07 he said :

Therefore, in any case, in the Belfast case for instance, the employment of the military must be justified on the circumstances of the case . .  . There is one lesson of this tragic affair which the workers should learn. We are hearing from some quarters the usual violent denunciation of the Government and the capitalists as murderers. Mr. Birrell is being put in the same chamber of horrors as Mr. Asquith, who happened to be the Home Secretary at the time of the Featherstone riots. The Labour and Socialist movement has got beyond such wild, irresponsible talk as this.

The last General Election gives irrefutable evidence of the same devious methods on the part of the member for Blackburn. The following was written by him a few months previous to the election.

The action of the Labour Party in Parliament on the Budget has not tended to mark off that party as something essentially distinct from the Liberal Party. Unless the Labour Party has a distinct point of view on all public questions, unless it can show that it is anxious to go further than, or in a different way to, the Liberals, there is no reason for its existence as a separate party. (Christian Commonwealth, November 3, 1909).

This extract, taken in conjunction with the following item relating to the election at Blackburn, condemns both Snowden and the Labour Party out of his own mouth.

On Jan 4th Mr. Snowden and Sir Thomas Barclay (the Liberal candidate) addressed a great anti-Lords demonstration, two halls being used simultaneously, the speakers crossing over from one to the other. At this demonstration  Mr. Bond, president of the trades council, ‘appealed to the electors of Blackburn to send two Progressives to Parliament” (see Northern Daily Telegraph, 5. 1.10.)

On other occasions (sec Blackburn Weekly Telegraph, 8.1.10, Mr. Snowden urged that the second vote be given to Sir Thomas Barclay, and he boasted in the Labour Leader of 21.1.10. that the advice had been “generally followed” and had resulted in 11,238 “splits” between himself and the Liberal.
Snowden’s snobbish appeal for special treatment for imprisoned suffragists on the ground that they were middle class women may be cited finally as showing how anti working class he is.