Unsafe at Any Price 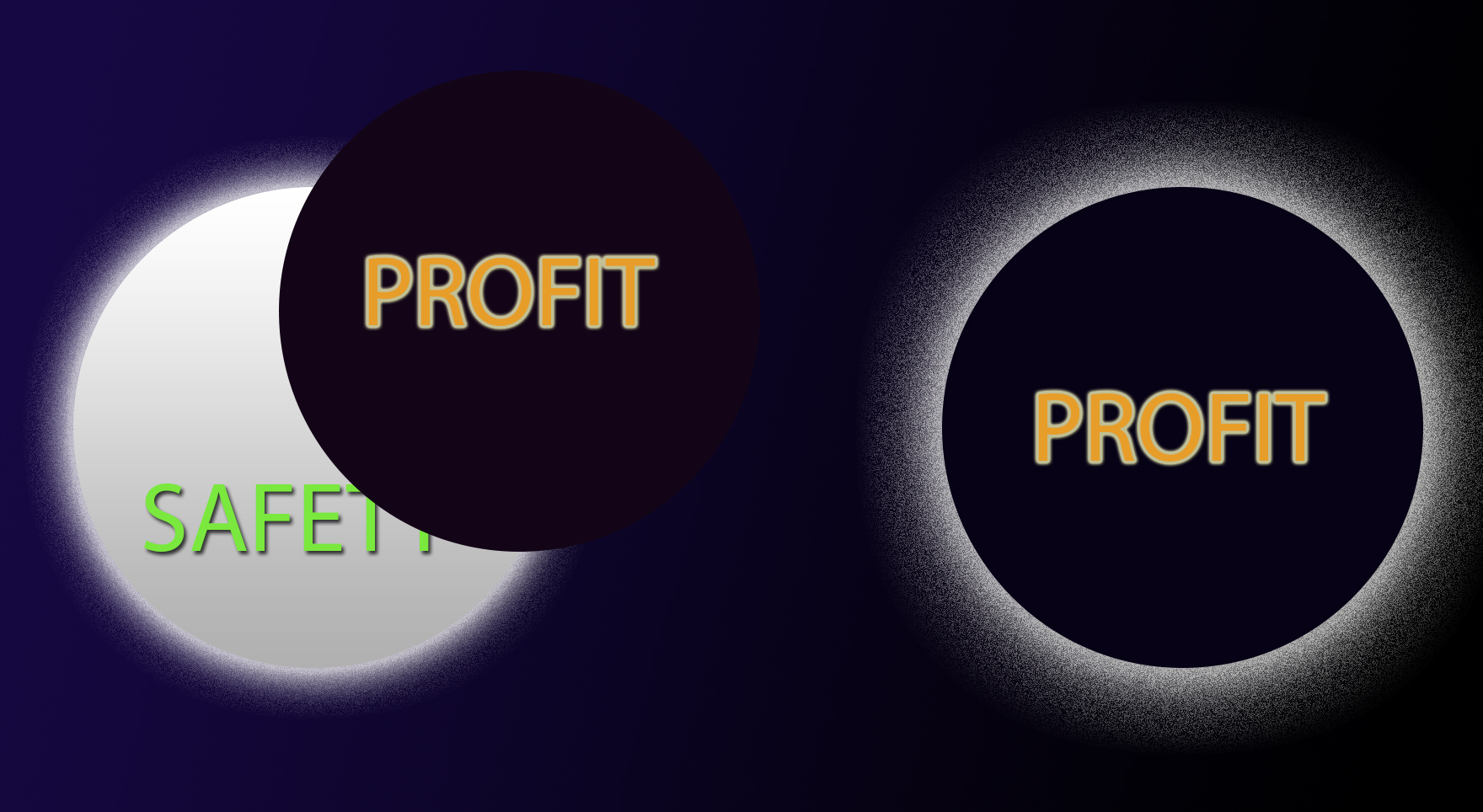 In August many Americans went to some lengths to view the solar eclipse that was visible, as either a total or partial eclipse, across many parts of the United States. Since looking directly at the sun can be dangerous, it was recommended that people viewed the eclipse through special spectacles that blocked out far more light than ordinary sunglasses. However, one couple sued Amazon on the grounds that the glasses they had bought were defective and had resulted in blurred vision and a blindspot. The glasses in question had in fact previously been recalled by Amazon, but probably not all users would have seen the recall notice, and it does raise the question of how it came about that such a recall was needed. The answer, of course, is the profit motive. Glasses intended for eclipse viewing were sold for as little as $15, but there were still big profits to be made, by manufacturers, suppliers and retailers.

The UK government website (www.gov.uk/guidance/product-safety-for-manufacturers) contains a lot of information about ensuring that products are safe and fit for purpose, and meet the relevant legal and technical requirements. It notes that appropriate production processes ‘can also give your business a competitive edge and save costs.’ Supplying unsafe products is a criminal offence for manufacturers, and they may also be liable under civil law for any harm done. Changing manufacturing procedures, recalling goods and enduring bad publicity are all likely to hit a company’s income and profits, so they do have an incentive to avoid this kind of problem; nevertheless, there are countless examples of unsafe products being marketed.

At the end of September there was a scandal as supermarkets stopped stocking chicken from one factory, after evidence emerged of poor hygiene standards (such as chicken being picked off the floor and being thrown back onto the production line) and the slaughter date being altered so as to stretch the birds’ ‘commercial life’. Around the same time a woman was awarded massive damages when a vaginal mesh implant made by Johnson & Johnson was found to have been launched without a clinical trial and despite a relatively high failure rate; the company had tried to play down unfavourable evidence. It is a different kind of example, but it has even been suggested that ‘bags for life’ may pose a food poisoning risk if they used to carry raw foods such as meat and fish.

The US website unsafeproducts.com contains many examples of dangerous goods and product recalls. To take just one case, over 100 million vehicles have been recalled because of a problem with a specific brand of airbag, which could shoot metal shrapnel into the driver or front-seat passenger. At least ten deaths and over a hundred injuries had resulted from this defect.

Counterfeit products are also a frequent source of hazards. The consumer does not get what they think they are paying for, and what they have bought may be dangerous to boot. Counterfeit painkillers, for instance, can produce unpredictable side-effects; counterfeit electronic goods may have dodgy circuitry; counterfeit cosmetic and hygiene products many contain unsafe ingredients such as anti-freeze. Producers of counterfeits are of course not worried about any damage to their reputation, being just concerned to avoid any legal entanglements and make a quick buck.

Prosecutions of companies and individuals in charge of them do take place, but often the punishments are tiny. For instance, last year Amazon were fined the (for them) paltry sum of £65,000 for delivering dangerous goods (lithium ion batteries and flammable aerosols) for carriage by air without appropriate packaging and labelling. Also last year, fifteen cosmetics shops in London were fined a total of £168,000 for selling cosmetics containing dangerous substances such as hydroquinone, mercury or corticosteroids. A spokesperson for London Trading Standards said that they had a duty to enforce product safety rule, but ‘ever shrinking officer numbers and reduced budgets makes it an ever more challenging job’.

Capitalists and the companies they own do not want to produce unsafe goods: they want to make profits. Along the way they may cut corners or fail to carry out proper testing or choose a cheaper or less appropriate ingredient or raw material, all of which have the potential to lead to dangerous goods being sold to consumers. As William Morris pointed out in relation to supplying poor-quality foodstuffs: ‘Adulteration laws are only needed in a society of thieves – and in such a society they are a dead letter.’ In addition to deaths and injuries in the workplace, what is produced can be dangerous too.

It would be silly to claim that in a socialist society there could never be any cases of unsafe goods being produced. Mistakes may take place in the design or manufacturing process, or the behaviour of certain materials or ingredients may not be properly understood. Production of some potentially dangerous chemicals may still take place if they are deemed necessary, but only with all the appropriate safeguards in place. The aim of production will be to meet human need, not to make a profit, so any unsafe goods produced will be recalled once the problem is discovered, and we can be sure that there will be far fewer such cases than now.